In February of this year, Raashi Sikka joined Ubisoft as Ubisoft’s VP of Global Diversity and Inclusion, a new position at the company that was created as part of an ongoing commitment to building an inclusive working environment at Ubisoft and in the videogame industry at large. Sikka will be responsible for developing and championing diversity initiatives and inclusion strategies across Ubisoft’s global studios and offices.

The Ubisoft News team had the chance to sit down with Sikka a few weeks after her arrival. She talked about her first impressions of the company, how she became interested in working on diversity and inclusion topics, what her views of the industry are, and how everyone can get involved to make Ubisoft a more diverse and inclusive place. 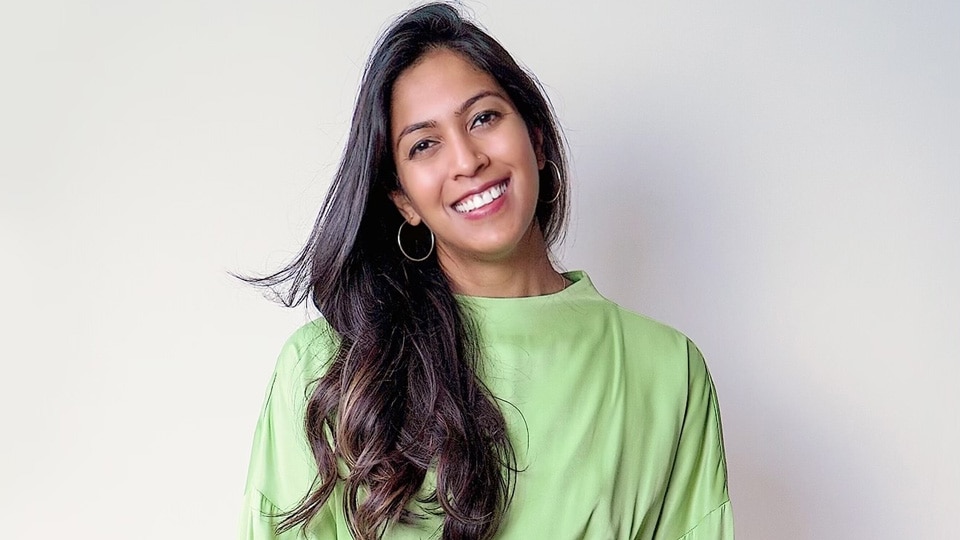 Below is an edited version of this interview.

Can you share a little about your education and career?

Raashi Sikka: I studied mass media and communications, as I have always been fascinated by stories that people tell in different formats. One of my first jobs out of college was joining a news channel in New Delhi called NDTV. I was mandated to produce India’s first live telethon, raising money for the environment. The show was a huge success!

I then moved to Mumbai to work in entertainment, which was completely new for me. I joined a small television production house to work as a Supervising Producer for Indian Idol (the local version of American Idol), and got to produce a wide range of shows after that.

However, I ended up feeling disappointed by what we were doing with reality television. I found that the shows I worked on were perpetuating a lot of stereotypes. It didn’t sit right with me, and I wanted to change things, but at that point the industry wasn’t ready for that change, so I decided to take a break and evaluate my next steps.

Uber was planning to launch in India at that time. This was in 2013, and Uber wasn’t a household brand yet, but I gave it a shot. I was the company’s first employee in New Delhi. I was first responsible for marketing and community in the region, and then I moved to work at their international HQ in Amsterdam about a year later to join the Talent team.

How did you come to specialize in diversity and inclusion?

RS: As an early employee, I was noticing that there seemed to be an archetype of what ‘good talent’ looked and sounded like. I myself didn’t fit that archetype, so when I joined Uber’s Talent team, it was with the goal of challenging that norm and broadening our definition of talent.

Over the course of the years I started playing an active role in building inclusion at Uber through launching regional Employee Resource Groups (ERGs), leading the Women at Uber ERG and playing an advisory role to leadership on the topic. In 2017, when Uber decided to set up a D&I team, I had the opportunity to transition to that space. My last role at Uber was Head of D&I for the EMEA and APAC regions, and globally for Uber Eats.

Has your international outlook impacted your interest in D&I?

RS: Absolutely. My parents left India to move to the United States when I was a baby. My parents wanted to make sure that I had a smooth upbringing, free from the bias and discrimination that they knew I could face as a first-generation Asian immigrant in the US. With that in mind, in my early years, I never learned Hindi or much about my Indian roots and culture. It was a real cultural shock when we moved back to India, where I was suddenly surrounded by people who looked like me, but didn’t sound like me, nor did we share common cultural references.

Are there any specific learnings or best practices that you acquired in your previous experiences and that you plan to take with you moving forward?

RS: I don’t believe there are ‘best practices’ from other companies, but rather good practices that need to be adjusted to each organization. My first month at Ubisoft has been entirely dedicated to learning and listening, in order to help formulate and co-create the vision, mission and strategy for Ubisoft.

I’ve heard a lot about Ubisoft’s Employee Resource Groups, which gives me a sense of the landscape across offices, regions, and studios. As someone who has led ERGs in the past, I know how difficult yet fulfilling it can be to lead one. I’m keen on driving more synergies across the groups that have been created and those that are just getting started. From my experience, I know what a strategic role ERGs can play once supported, recognized, and rewarded by the company and I hope to enable that.

Another area I’m looking forward to exploring is production. I understand the pressures and deadlines of preparing a product and shipping it, both from an entertainment and tech perspective. I’m curious to explore what it truly means to make inclusive games at Ubisoft, and how we can push forward in that space creatively and inclusively.

Diversity and inclusion are words that get used quite a bit, but what exactly do they mean to you, and how do they manifest at a company like Ubisoft?

RS: You’re right – words like diversity, equity and inclusion are being used a lot, especially in the past year, and often incorrectly. Without getting into the literal meaning of these words specifically, what this symbolizes for me is opportunity; change; a better, more inclusive world; and doing the right thing. When we don’t value diversity, equity, and inclusion, we are losing out on immense amounts of opportunity, from a human and business perspective. For Ubisoft, it will be critical for us to embed our D&I strategy into our business strategy. The link between having a diverse and inclusive workforce, powered by equitable systems and processes, and the inclusion, authenticity and diversity of the stories, worlds, and characters in our games is undeniable. 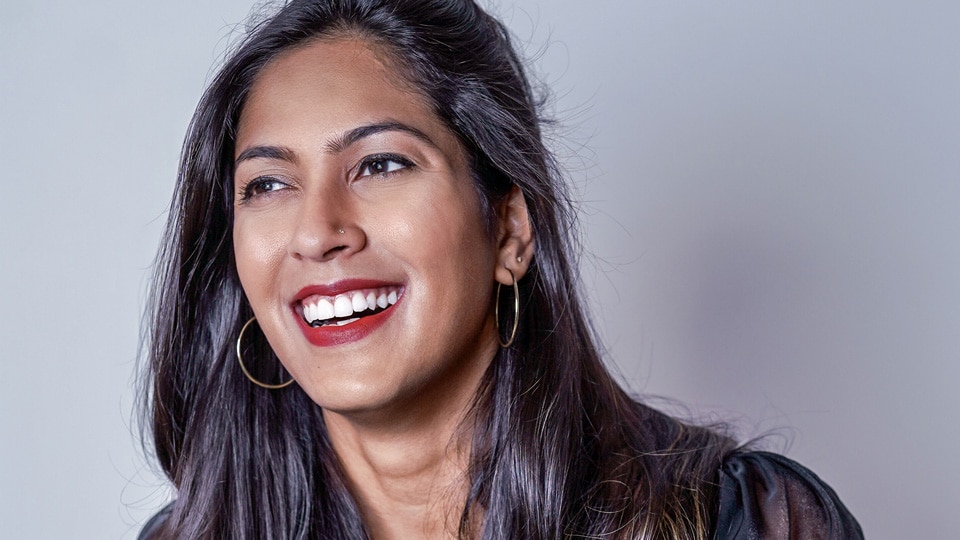 The past year has seen a lot of changes for society. How did it impact diversity and inclusion in the workplace?

RS: This past year has really shone a light on the inequities that exist in society at large. Over the past decade, several countries made strides in gender equality, increasing representation of women and people of color in the workplace, both overall and in leadership roles. The COVID crisis has undone a lot of that work. For example, reports show that women are disproportionately impacted by layoffs, as there were more impacts in contact-intensive industries such as hospitality, education, and retail, which tend to have a higher representation of women. The closure of daycares and schools have also had a massive impact, seeing more women exiting the workplace when they are primary caregivers.

Moreover, the Black Lives Matter movement created the space last summer for people to take a look at the inequitable way in which systems and processes had been built across public and private institutions. In many organizations, it was the first time when leaders acknowledged that disparities exist, and that there is a huge amount of work to be done to correct and create systems of equity and justice.

What impression did you have of videogames before joining Ubisoft?

RS: The videogame industry is full of passionate people. It still faces issues around D&I, but that means it has many opportunities to do better and grow.

I think it’s clear that a lot of work needs to be done to improve inclusion in videogames. I’m new to this industry, so I’m eager to learn more, and gain a better understanding of Ubisoft’s teams and our community of players.

You arrived at Ubisoft on February 1. What was your first impression of the company?

RS: Even before I started, when it was first announced I’d be joining Ubisoft, I received a flood of messages on LinkedIn, people reaching out with positive posts and comments.

Now that I’ve arrived, team members have also been so generous with their time, spending hours explaining to me how the people and culture work. Everyone I’ve met has been really supportive and helpful. The passion and love for what they do is definitely something that stands out in first impressions. Additionally, the organization recognizes that change is important, and is embracing that in a positive manner.

Do you have any tips or recommendations for people who want to take concrete steps to improve diversity and inclusion where they work?

RS: Depending on where you are on your D&I journey, my starting point would be to educate yourself, and spend time reading and listening. Many tools and resources are available to help you find information, be they YouTube videos, books, films, podcasts, or articles. Once you’ve done the necessary work on building your awareness and introspecting, put some of your learning into action. A great starting place is also to join an ERG (employee resource group) as an ally or member if they exist where you work; attend events on D&I; and seek to build relationships and take perspectives from people who are different than you.

An important thing to know is that to be inclusive, we need to be intentional. Inclusion is not our normal default, contrary to what we might believe. So, listening, reading, thinking about how the things you do might be impacting others – that’s the starting point.

Also, if you are engaging in conversations about these topics, you should be prepared to feel a little uncomfortable. As you learn and grow in this space, be aware that some concepts and perspectives will be new for you, and might not always resonate at first. We all need to learn to be comfortable with being uncomfortable. But it’s important to approach this with positive intent and extend grace to yourself and others as you embark on this journey.

If you have done the work, then there’s nothing stopping you from acting. Go for it! Get diverse perspectives onboard, make sure you don’t always go to the same people for advice, and be fair and empathetic in your interactions with others. It’s the small, everyday actions that create an inclusive culture. There’s nothing too big or too daunting that should be stopping you.