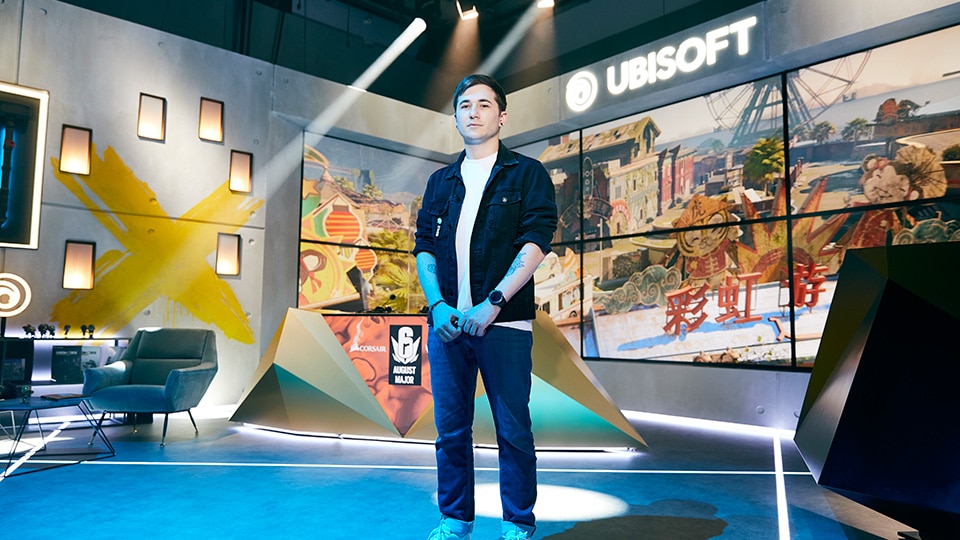 Ubisoft has inaugurated a new cutting-edge studio for Rainbow Six Esports broadcasts in Europe and the Asia-Pacific region, a project that has been more than a year in the making. The studio will bring such additions as premium tools and materials to assist talent while they cast; a dedicated analyst area that will allow the crew to provide in-depth information; new types of content, including debates, editorial pieces, and interactive content; and tech improvements backstage that will ultimately create a more engaging stream.

Broadcast Manager Nelson Garcia has taken a lead role in building this new cornerstone of Ubisoft’s esports strategy. We spoke with Nelson to learn more about the new studio, the technology behind it, and what it can deliver for fans.

With the start of the Rainbow Six August 2020 Majors, Ubisoft unveiled a new setting for its streams. Can you tell us a bit more about what it changes for the viewers?

Nelson Garcia: Throughout the journey of Rainbow Six Esports, we have learned a lot. With five years of leagues and multiple LAN events, we gained valuable experience working with our trusted partners, and it prepared us to start managing the broadcast of our regular seasons ourselves. Today, we have our own broadcast studio, where we broadcast the European League, the Asia-Pacific League, and some online events, such as the Asia-Pacific Six August 2020 Major this week, and the European Major later in August.

Our goal has always been to get as close as possible to what a fan can expect and feel during a live show. In order to reach that, we are working to include a wide range of new editorial concepts, increasing our use of interactive media to deliver high-end immersion into the Rainbow Six Esports universe. You will not see the full extent of those innovations on day one, as we need to test and iterate on concepts based on community feedback. We are starting to offer new content, such as live replays. From that point, we will gather and analyze feedback to build a stronger show. Because in the end, the show is also owned by our fans.

What was the vision for the new studio?

NG: We wanted to create a friendly atmosphere for our viewers, as well as for our staff on site. We want to offer our fans a brand-new viewer experience, a virtual home for Rainbow Six esports, where they truly belong. We will be more focused than ever on what the community wants to experience on stream. We want to bring them into our universe, alongside our talent. We want each viewer to feel more than ever that they are part of the Siege family that we so often talk about. This broadcast studio, and the shows we produce in it, are another layer of the Siege family. We conceived it as a central hub, a home for the community, where everyone can participate and feel listened to. 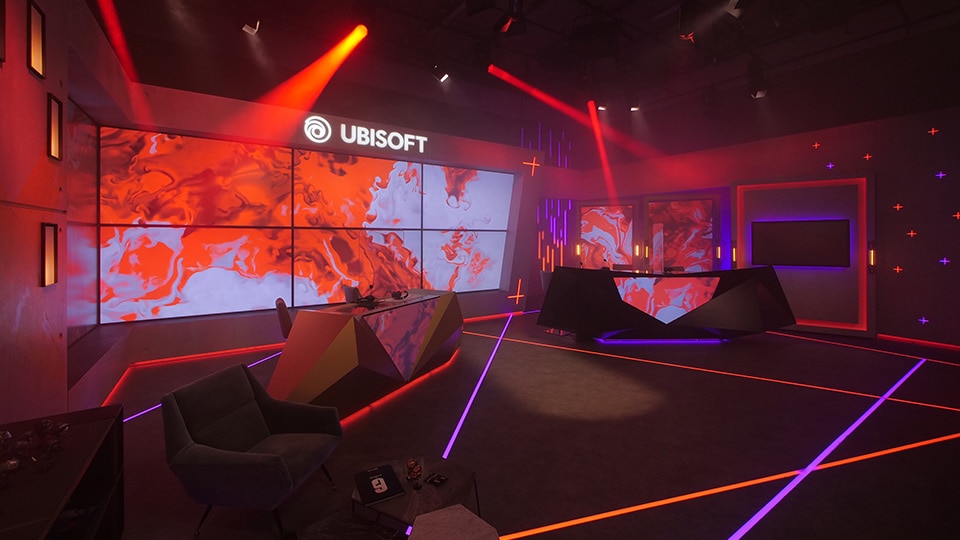 What major improvements does the studio’s cutting-edge tech bring to the streams?

NG: We wanted to offer a high-end broadcast for our viewers, and to do so, we built on what we were already doing during our international LAN events. We are using the latest live production technology from EVS, along with cutting-edge video-encoding technology, to deliver the finest and clearest image we’ve ever had for our regular season. On top of that, we wanted to add the possibility to show clean slow-motion views of the action. With our EVS LSM replay system, we can record up to 120 frames per second and show how skilled our players are.

We will inaugurate this with the Six August 2020 Majors happening in Asia and Europe, and afterwards, for the very first time, it will be used for the European League and Asia-Pacific League regular seasons! We have also implemented a new management system for TV graphics thanks to a VIZRT system. It is helping us automate most of the sequences of the show to avoid errors.

You’ve been in charge of this project since the beginning. Can you walk us through your background, and explain how it helped for this project?

NG: My background is in software development, and I graduated from the French school ETNA as a software architect. During this time, my gaming passion was focused on live events, especially for Japanese arcades and fighting games. I was in love with the Street Fighter, Tekken, and Soul Calibur series; Street Fighter IV is my favorite ever. The culture of LANs, sharing my passion, meeting new people, and competition were what I was living for. During the two years following my graduation, I dedicated 100% of my time to an association that was organizing fighting-game tournaments. We built everything from scratch and learned at the same time how to organize an event and how to broadcast the matches. It was super exciting.

We then decided to transform the association into a company. I was one of the three co-founders. We had the chance to organize many events for brands and video game publishers. My role was to work on the broadcast and set design of the event.

The best part was our own events, of course, such as the Cannes Winter Clash. In our small world, we had a saying: “If you did Cannes, you can do everything,” and it was true; it’s the most painful and difficult thing I’ve ever done. After an intense journey, we decided to move on to new adventures into the esports industry.

Today, I am part of Ubisoft’s EMEA esports team, where I am in charge of all things broadcast, as well as set designs for live events. For more than a year now, I’ve been working on this fantastic project that is the broadcast studio. I am thrilled to finally unveil it with the beginning of the Asia-Pacific Six August 2020 Major.

During Stage 1 of the regional leagues, we saw improvements coming to the show week after week. How did you make that happen behind the scenes?

NG: The staff running the show arrives at the studio three hours before the beginning of the stream to prepare and get everything ready. We usually start the day with a team meeting over coffee to discuss the recent streams, the issues we have encountered, editorial processes we could improve, and so on. We also debrief at the end of each show to discuss how we can improve it. Once we identify an area of improvement and a solution, we integrate it into the rehearsals and implement it the following week. This way, the show keeps on evolving and improving. We want to offer our viewers a show that is engaging and that gets better and better.

Rainbow Six Siege is available now for PS4, Xbox One, and PC including UPLAY+. For more on the game, including esports news, check out our previous coverage.