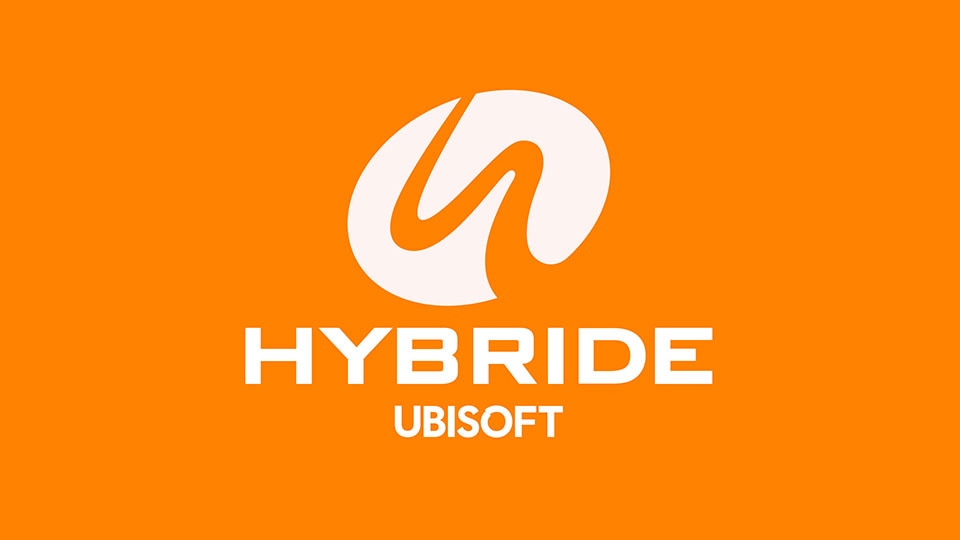 Meet Hybride, the Ubisoft Studio That Helped Bring The Mandalorian To Life

If you watch the credits on the latest episodes of “The Mandalorian,” the Star Wars drama on Disney+ about an itinerant bounty hunter and his oh-so-precious cargo, there’s a familiar name that you might not expect to see: Ubisoft. It’s Ubisoft Hybride, to be specific, a studio that has been creating stunning and immersive visual effects for television and film for almost thirty years. The artists and producers at Hybride have showcased their talents on a wide range of projects, from crafting the heavily stylized look of the battlefields of “300” to developing the alien language of “Arrival.” And “The Mandalorian” certainly isn’t their first Star Wars project.

It was, however, a uniquely challenging one, as the studio began work on season 2 of the show during the Covid-19 pandemic. To find out more about how they adapted their high-end production pipelines to a work-from-home situation, and how Hybride is keeping pace with — and sometimes setting the pace for — technological innovation, we spoke with studio co-founder Pierre Raymond about the studio’s history and his hopes for strengthening Hybride’s relationships with Ubisoft’s videogame-development studios.

The story of Hybride is a story of building relationships. In the late 1990s, when the studio was transitioning from primarily doing television effects to focusing on film projects, they worked on a film called “The Faculty” with director Robert Rodriguez. From there, the relationship grew, with Hybride working on Rodriguez’s “Spy Kids” series and eventually being asked to take on a bigger role in an upcoming production.

“And because we had a decent amount of experience,” Raymond recalls, “and very talented people, graphic-wise, we established the look of ‘Sin City’ [Rodriguez’s film adaptation of Frank Miller’s noir comic series]. And then we started to work on these kind of projects, more high-end projects, and here we are. It never stopped.”

Helping create the distinctive visual style of “Sin City” confirmed Hybride’s role as a double threat, and they were acquired by Ubisoft a few years later. “We're not only service providers, we are participants,” says Raymond. “You need to always keep in mind that you're there to amplify the quality of the movie and help tell a story. We realized that we could be more than a vendor; we could participate in bringing the directors’ vision to the big screen.”

In addition to their artistic expertise and creative vision, Hybride also has the technological bona fides to help them push the envelope even further. When working on “Warcraft,” for example, Hybride’s drew on their experience with crowd simulations to create gigantic gatherings. “There were 72 different orcs and 12 different humans,” says Raymond. “This translates into thousands of textures and millions of polygons per character. Some crowds varied from 50 to 1000 individuals per shot, and the wider shots sometimes represented over 6000 characters, each with a specific animation, representing approximately 900 million polygons.”

To accomplish this feat, Hybride worked closely with the rigging department at Industrial Light & Magic. Founded in 1975 by George Lucas to create the special effects for “Star Wars,” ILM has helped define the visual-effects industry and continues to be at its forefront. For their collaboration on “Warcraft,” Hybride programmers developed an entirely new crowd pipeline so they would be able to load ILM’s high-resolution elements into their own system. Raymond notes, “Because we maintain a research and development division, it's not rare that we're going to write a piece of software to achieve our goal.”

Another project they collaborated on with ILM was “Pacific Rim,” a film in which people fight towering monsters from inside the cranial cockpits of giant humanoid battle robots. “They had a problem of holograms connected to the pilots' suits,” Raymond says. “It was very confusing during the battle, because we start to lose track of — because it's quick editing — who is the Chinese robot, who is the Russian one, who is the American one, and so on. We came up with visual signatures for graphics to help identify each robot's country of origin, allowing audiences to instantly recognize them.

After their work on Pacific Rim, ILM and Hybride signed a strategic alliance to work together in the future. In the coming years, Hybride’s relationship with ILM led to them collaborating on over a dozen films, including “Rogue One,” “Solo,” and the entire “Star Wars” sequel trilogy. For Raymond and his team, it has been interesting, to say the least: “You need to realize that the ‘Star Wars’ movies are, for the people of my generation, probably the reason why we're working in the VFX industry.”

A GALAXY FAR, FAR AWAY (FROM THE OFFICE)

Fast forward to 2020, when the team had already started work on season 2 of “The Mandalorian.” Their shot list had almost doubled, and they would ultimately deliver 883 visual effects shots for the second season, and up from 451 shots for the first. It was their biggest collaboration with Lucasfilm and Disney to date. The shots they worked on included giant reptilian desert creatures, cheeky repair droids, sinister mechanical troopers, speeder bikes, Force effects, and the titular character’s ship, the Razor Crest. You can read more details about their work on Hybride’s portfolio page, but suffice to say, they had a hefty workload on their hands. And then the Covid-19 pandemic hit.

Many offices were able to adapt to working from home by allowing employees to connect securely to an internal network, but for a visual-effects studio editing massive video files, things were a bit more complicated. Individual employees don’t have the rights to download the shots to their personal computers, Raymond told us, and any delay introduced by remotely connecting to a desktop can severely hamstring the editing process. Fortunately, the studio already had their solution waiting for them.

“Our headquarters are located in the Laurentian Mountains, about 60 miles north of Montreal in a ski resort area,” Raymond explained. “We are lucky because we had opened another division in Montreal, and we had already installed software to have both studios working together over a high-end line. We realized that the protocol we established between two studios could be duplicated and established between 150 people. It’s almost as if we had 150 studios working together.”

On top of the technological solution, the human element helped Hybride maintain their productivity. “We have a team with a lot of people that have 20-to-25 years of experience with the same company. The teams know their artistic tools and tech so well, and when you’ve been working with people for so long, you talk less and understand more. And we really benefitted from that.”

In the end, Hybride delivered their impressive shot list, which included work on scenes shot on a virtual set with LED-screen backgrounds. For a studio with a pedigree of working on heavily green-screened films like “Sin City” and “300,” it was just another adaptation in a long history of evolving to tackle the latest technological developments. “It's amazing what you can do,” says Raymond, “but you should always keep in mind, ‘I'm here to tell the story. I'm here for the benefit of the movie or the show.’”

As a Ubisoft studio, Hybride has generally operated independently of the game development that comprises most of Ubisoft’s creative output. But that may be about to change, as Raymond recently stepped down from his role as president and CEO to focus on cultivating a closer relationship with various Ubisoft teams. Though a visual-effects studio and a game-development studio might seem to share a natural kinship, the scope and complexity of their work has historically been quite different.

“Now more than ever, it’s the time to start [bridging the gap],” says Raymond, “because games are slowly starting to move on pipelines that are closer to the ones we're using. The resolution they're using is exactly the same resolution that we are using. Because they are forced to deal with 120 frames per second in an interaction with the gamer, they are able to generate things in real time using shaders and different techniques that the game engineers know more than I do.”

Hybride, instead, spends hours to generate a single frame, and while Raymond notes that the studio is striving for a “slightly better” image quality than games, given that they are working in film, “there are some big connections to make between both worlds, and that is exactly what I am going to do in the next couple of years.”

What Raymond is hoping to do is deepen the exchange of knowledge in a way that benefits all parties involved. “[My goal is] to be more knowledgeable about the game engines that are used, and what kind of benefits Hybride might get from using them for film rendering, for example. Same thing for the software we design; we drive the entire management of our film projects on software that we wrote from scratch, and for some Ubisoft subdivisions, it might be something useful. These are the kinds of projects that we have in mind, and we're moving forward.”

Of course, technical tools and performance are just one aspect of videogames; game developers are storytellers too, after all. So as someone who has been involving in storytelling for over three decades, what Ubisoft worlds pique Raymond’s interest?

“Well, I should say that I was very involved when I did ‘Assassin's Creed: Lineage,’” says Raymond, referencing a series of short films that serve as a prequel for Assassin’s Creed II. “What I like about this one is the fact that you're jumping through time and discovering different cultures. You can do a James Bond movie and be in Japan and after that be in Italy, but it's not what I'm talking about. With Assassin’s Creed, you're not only moving from a location, you're moving in time, in style, and in a culture. That's very interesting.”

To learn more about Ubisoft studios and creators around the world, visit our Inside Ubisoft news hub.