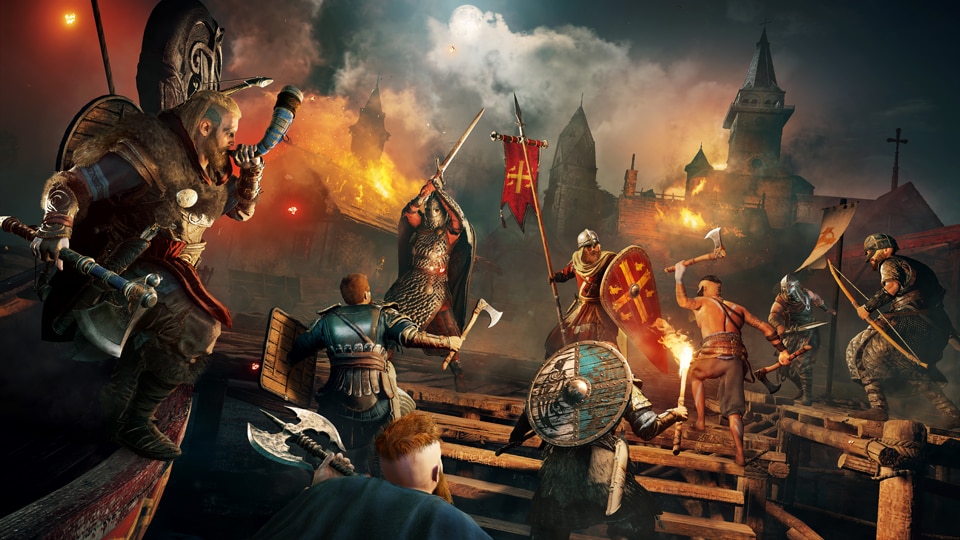 The Ubisoft Store-exclusive Assassin’s Creed Valhalla Collector’s Edition will storm the shores this holiday season. With it comes the Ultimate Edition of Assassin’s Creed Valhalla, as well as bonus game content and physical collectibles, including a high-end, 30cm-tall figurine depicting the fierce Viking warrior Eivor astride her longship as she leads her clan into battle. Other physical items in the Collector’s Edition include an exclusive Steelbook case, a 5cm statuette of Eivor with his raven and Dane axe, a selected soundtrack CD, and a set of three lithographs 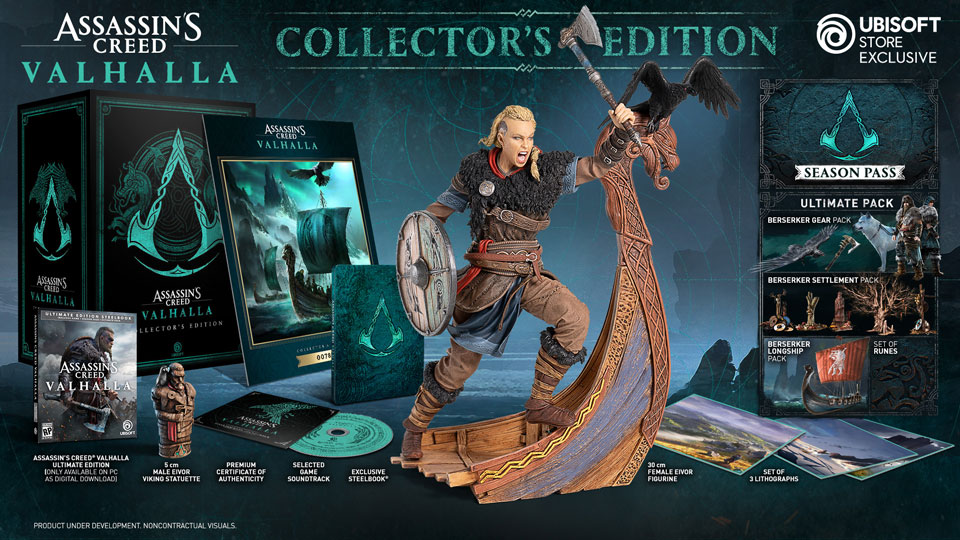