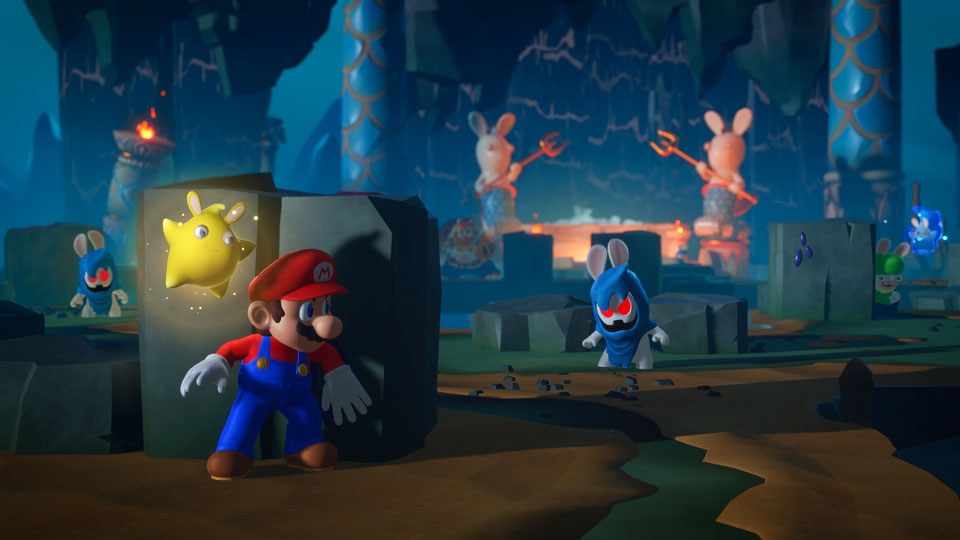 Mario, Princess Peach, Luigi, Rabbid Mario, and Rabbid Peach are teaming up once again in Mario + Rabbids Sparks of Hope, and they’re bringing along some new (and kind-of-familiar) faces to take on a mysterious entity, known as Cursa, and its minions. Cursa has been plunging the galaxy into chaos, twisting the planets with its evil influence and consuming the energy of the Sparks – uncanny new characters formed by the fusion of Lumas and the Rabbids. Mario, his friends, and the Rabbids crew will have to travel throughout the galaxy to save planets, rescue the Sparks, and ultimately, defeat Cursa.

To do that, you’ll have to learn how to master Mario + Rabbids Sparks of Hope’s new combat system. You can form a team of three Heroes (from a roster of nine), but this time, battles unfold through a mixture of real-time action and turn-based tactics. You can move freely in a designated area and take cover, team jump on your allies, or dash at your enemies, all in real time within the Hero’s turn. Do whatever you must to best position your team and gain a strategic advantage before shooting at or using special abilities against Cursa’s minions. But here’s where things get even more tactical: Those powerful Sparks? There are dozens of them, and each has a distinct power and ability. You can use these special abilities and powers in battle to gain the upper hand in combat, but you’ll first need to locate and rescue them as you visit each of the game’s worlds.

Stay tuned for more details on Mario + Rabbids Sparks of Hope as we get closer to its 2022 release.