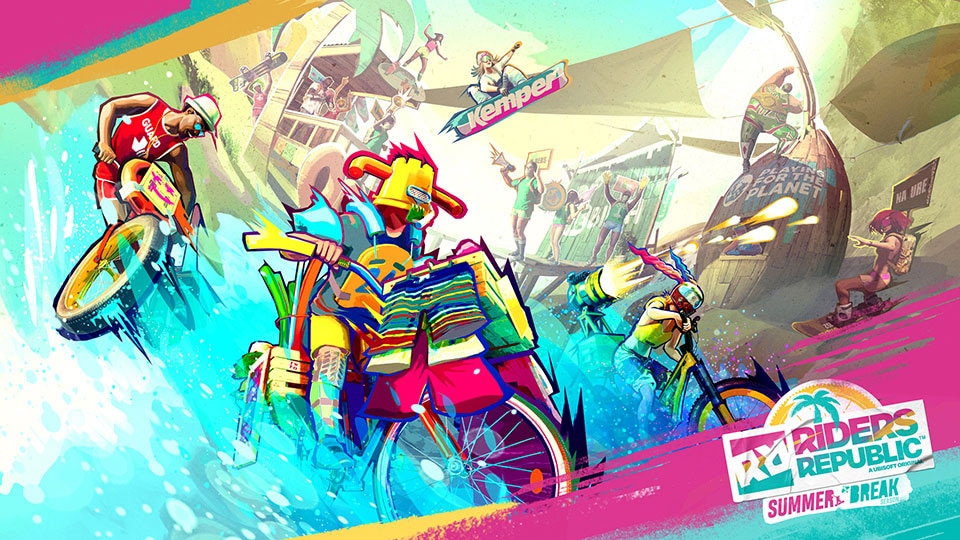 Riders Republic is heating up with the launch of Season 3: Summer Break, available now. The new season gives riders access to new free content and weekly programming, including an event in which you can help reforest the Republic and join fellow riders in an in-game Climate March on July 29. Season 3 will conclude with an event counting down to the arrival of BMX bikes.

From today until August 10, you can take part in Project Rebirth. This special event was created as an entry in the Green Game Jam, an industry-wide competition that challenges developers to create events or game modes focused on raising environmental awareness. During Project Rebirth, Riders can participate in the Reforestation event taking place at a dedicated base camp, where they can collect seeds and plant trees in an area of desert to help reforest the Republic. Additionally, Ubisoft Annecy will be supporting Ecologi in their reforestation initiatives by giving them 50K Euro, which will help plant an estimated 300,000 real world trees. Riders who complete the weekly seed-collecting challenges will be eligible to win the funky Sunkeeper electric wingsuit.

The Project Rebirth event will culminate in the Climate March, where Riders can show their commitment to climate action by participating in the in-game gathering for one day, starting July 29 at 3:00PM PT and ending July 30 at 3:00PM PT. Join the march by teleporting to the area through the Rebirth booth at Riders Ridge. If you participate in the march, come back to Riders Republic after the end of Project Rebirth to get an in-game Green Game Jam hoodie souvenir.

A new Mass Race course called Desert Bloom will also be featured during Project Rebirth. The race will start out like a rollercoaster through the desert, but through the community’s reforestation efforts, the track will soon be surrounded by new growth and vegetation as the season goes on.

At the end of Summer Break, Riders Republic will build up the hype with an event counting down to the BMX sport add-on. There will be a big screen BMX countdown in the center of Riders Ridge, weekly challenges focused on BMX-like freestyle activities, and a Free For All playlist focused on bike freestyle to get riders ready for BMX.

Jump into Season 3: Summer Break in Riders Republic, available now on Xbox One, Xbox Series X|S, PS4, PS5, PC, and Stadia, and included with a Ubisoft+ subscription. For more on Riders Republic, learn about how the dev team brought beloved real-world American national parks to the game in our interview with World Designer Yann Fieux.