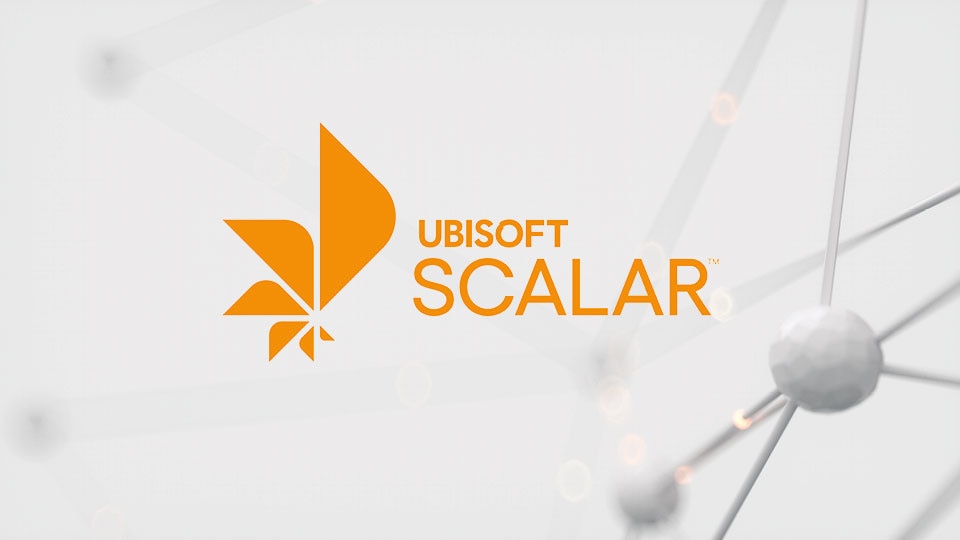 Over time, game developers have pushed the boundaries of what’s possible, but no matter what someone can dream, there is always a limit when it comes to computing power on local hardware. As games become more complex, the engines needed to build them do, too. The result is an increasingly complex set of interconnected, moving gears that are exponentially more difficult to update and improve. What if those component game engine parts weren’t interlocking gears, but could be separated, iterated on, and tested entirely independent of one another? Those are the questions Ubisoft Stockholm set out to answer when they began development on Ubisoft Scalar.

Ubisoft Scalar is a new foundational technology that enables Ubisoft titles to utilize the power of the cloud to ensure that developers aren’t limited by time or hardware, but by their imaginations. The result could enable game worlds that are bigger, more social, and richer than anything that’s ever been seen before at Ubisoft. To understand more about Ubisoft Scalar and the possible implications it has, we spoke with Ubisoft Scalar Product Director Per-Olof Romell, Ubisoft Stockholm Managing Director Patrick Bach, and Ubisoft Scalar Technical Director Christian Holmqvist.

How did this project begin at Ubisoft Stockholm?

Patrick Bach: When we started the studio in late-2017, we did so with the mandate to push the boundaries of game development and technology. How could we reimagine what games could and should be in the future, and how do we build towards that? Most games are an iteration of what has been done before, building on the shoulders of giants. We wanted to break free and create something fresh and impactful.

Christian Holmqvist: When I joined, the focus was on how we really want to create games moving forward. Not only looking at the limitations we have, but also talking to the people building those games. How do they want to work? What options do they want to have? What limitations would they like to get rid of? What technology can we use for that vision? It very much started from the game creators’ point of view, rather than trying to incrementally improve on what we have. From there we could clearly state “This is how we want our tech to work.”

Games are, to a certain extent, limited by the specifications of the hardware they’re played on. How does Ubisoft Scalar change that?

Per-Olof Romell: That limitation has always been there for as long as we’ve made games. Over time game developers have become really good at hiding and bypassing these limitations so the player doesn’t see them; that’s our expertise. What Ubisoft Scalar allows us to do is to simply get rid of those constraints. Once we remove them, what do we actually want to create? Doing away with the constraints we’re used to creates an entirely new set of challenges though. We’ve been so used to working within those boundaries, that now we need to relearn and rethink how we make games, and ask ourselves what we actually want, and how we get there. This changes everything.

CH: It’s super inspiring, at this stage of our career, to have that same feeling of freedom and awe as when we were teenagers just taking our very first steps in game development.

When we talk about the cloud, people often associate that with streaming games, but that’s not what we’re talking about with Ubisoft Scalar, right?

PR: Exactly. It can be confusing, but we’re not talking about game streaming. It’s the difference between cloud streaming and cloud computing. Cloud streaming is a distribution model; it improves people’s access to games, but it doesn’t change, in essence, what games are, or the quality of them. The game is still being run on a single-processing machine placed remotely and then streamed via the cloud to your screen. It’s a bit like if you had a console placed very far away, and your internet connection is replacing a very long HDMI cable to your TV. What Ubisoft Scalar is focused on is cloud computing. Cloud computing – what Ubisoft Scalar enables – means the processing power for a game isn’t tied to a single machine, but a decentralized computation system. The processing is taking place in the cloud. This eliminated the limits of local hardware for players, improves the quality of games, and opens up new possibilities for game developers.

Can you give us an idea what Ubisoft Scalar changes, both on the developer side and on the player side?

PR: Ubisoft Scalar is a production tool that opens up the possibilities of cloud for our games, removing that traditional barrier of the local hardware you have at home and widening the field of what types of games can be created. It is a tool to open up new possibilities for creatives, and due to that I expect to see a broader spectrum of games coming out of it in the future.

What types of new games can players expect thanks to Ubisoft Scalar?

CH: One very important aspect that Ubisoft Scalar brings is that services are always available. The game is always running, and it’s always possible to update pieces of it. Developers can create very rich worlds that can develop, evolve, and change as players are playing them. It brings a much closer connection to developers and players.

PB: It will become possible to have more players in a single shared world, which I think will introduce new social experiences that we haven’t seen before. You can also create world simulations on a scale and to a complexity we’ve never seen before. When you add that to one of the pillars and strengths of Ubisoft – building worlds – it allows us to build bigger and richer worlds for players to experience. We’ll be able to push the boundaries of what games can be. It’s a new challenge for game designers, and it’s going to lead to new experiences.

Is Ubisoft Scalar a game engine?

PR: The simple answer is no. Ubisoft Scalar is a technology that can work in concert with our existing game engines such as Anvil and Snowdrop to open up new possibilities.

CH: We changed the playing field quite a bit by adding the possibility to break out each game engine function into its own microservice. This gives the option to work only on a single piece without having to worry about having all the other pieces on your machine. It greatly speeds up iteration speed and how quickly you can test your changes. It also makes it relatively easy to share your modifications with others. It really keeps all the things we’re already used to and gives them more space to evolve and change, in order to open up more possibilities.

When can we see a game developed with Ubisoft Scalar?

PB: Ubisoft Stockholm is working on a new IP that is developed with Ubisoft Scalar, which will fully leverage the possibilities of this technology. It’s a bit too early to go into more details on this project, but we at the studio can’t wait to show the world what we’re cooking up!

PR: Ubisoft Scalar is a central technology, available to all Ubisoft studios. It’s being spearheaded by Ubisoft Stockholm in collaboration with Ubisoft studios Ubisoft Massive, Ubisoft Redlynx, Ubisoft Bucharest, and Ubisoft Kyiv. Being a part of this development has been a once in a lifetime experience, as you don’t see things that change the landscape to this extent often. All our studios are growing, and we’re always looking for more people to be involved. If you’re interested, take a look at the open positions and apply.