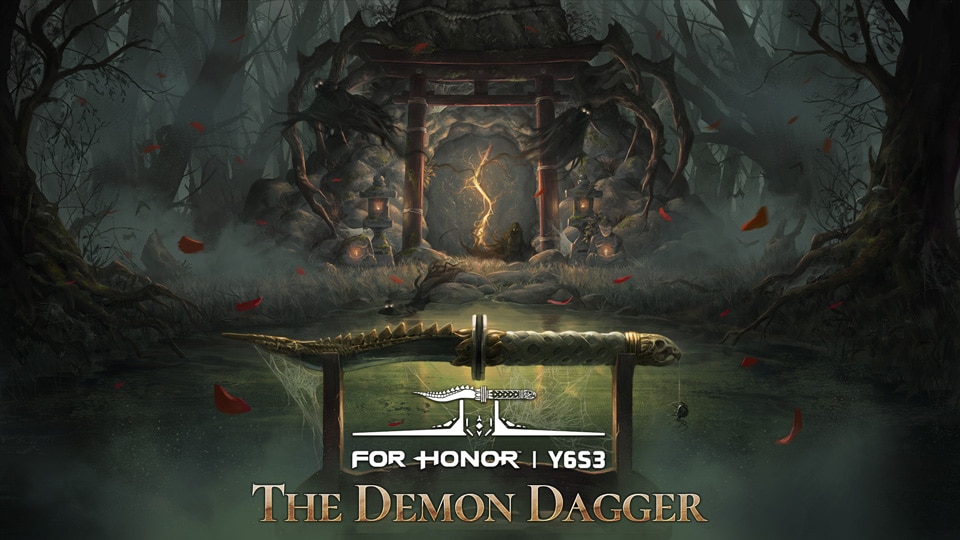 For Honor’s upcoming season, The Demon Dagger, launches on September 15 and takes inspiration from Japanese yokai folklore. The Cataclysm has cracked open an ancient cave and unleashed spirits and demons onto Heathmoor, which have twisted the Myre and its inhabitants. Year 6 Season 3 introduces the Yokai Nightmare event, as well as a new Battle Pass and Battle Bundle; brings back Testing Grounds, focusing on Valkyrie and Tiandi until September 22; and will see Phase 2 of cross-platform play launch later in the Season.

From September 15 to September 29, the Yokai Nightmare event will put a unique twist on For Honor’s classic Dominion mode. Players will do battle on Temple Garden with yokai-inspired updates to the art and ambiance of the map. During the event, players will be able to loot seasonal weapons and unlock free rewards through the event pass. A new Battle Pass will also be available, with 100 tiers of themed rewards.

Later on during The Demon Dagger, For Honor will roll out Phase 2 of cross-platform play, allowing for group play with cross-platform friends. Players will soon be able to invite others to their group regardless of which platform they’re playing on.

For more information on For Honor, be sure to visit our For Honor news hub.