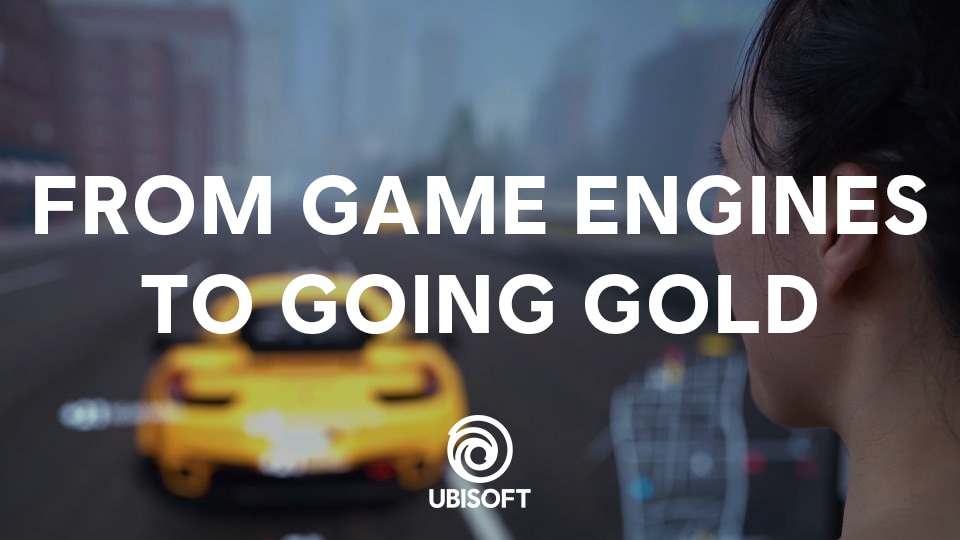 In the creation of videogames, there are many processes and technologies that developers rely on, but that players don’t necessarily see or hear about. We invited Technical Associate Producer Timothy Dansie; Projects Director of Editorial Technology Dominic Butler; and Closing Specialist Maddie Harper to explain some of the tools that are integral to making games. The topics they cover include game engines, the “3 Cs” of game design, and the term “going gold.”

What is a game engine?

The game engine is one of the key technologies that developers rely on to bring myriad game elements together and build the overall experience. You can think of it as a suite of tools for integrating elements like audio, narrative, physics simulation, gameplay code, and NPC behaviors to make a playable game.

At Ubisoft, we use several proprietary game engines. Snowdrop, a versatile engine that was created at Massive Entertainment to develop The Division, has gone on to be used for a variety of other games. It’s also the engine being used to develop Avatar: Frontiers of Pandora and the upcoming “Star Wars” game.

Additionally, our devs use Anvil, a game engine developed by Ubisoft Montreal, for games like Assassin's Creed, Riders Republic, For Honor, and Ghost Recon.

The 3 Cs of Game Design

In the process of bringing a game to life, game makers rely on something called the 3 Cs to conceptualize how the game feels for the player: camera, character, and controls. These key elements of game design are determined in the conception phase, and help dictate the way the player will experience the game.

The character (the second C) is the player’s avatar in the game. In a racing game like Trackmania, it’s the car itself, while in a first-person shooter like Rainbow Six Siege, it’s the hands and the gun displayed on screen. A great character is one that reacts to the environment and gives feedback that grounds the player in the world of the game.

Finally, controls are all about what input the player makes in order to perform the actions they want. Great controls should feel natural, but when devs work on controls, they’re also thinking about improving ergonomics and accessibility to remove unintentional barriers. Control remapping options are one way that developers can ensure that players can adjust the game’s controls to their needs and preferences.

You might have seen video game studios celebrating the fact that a game has “gone gold” on social media. But what does that actually mean?

A few weeks before its release date, a game receives the “gold” approval from first- party companies like Microsoft, Sony, or Nintendo, meaning that they have approved the game to be published on their consoles. This indicates that the main development on the game is finished; the game is working and ready to move to the manufacturing stage. Going gold is an important milestone for teams, which is why they love to celebrate it with the community!

Nowadays, the process is digital, but the term “going gold” comes from when the master copy of the game was actually sent on a disc that was gold-colored. However, approval from first parties doesn’t mean that all the work is done. Teams can still work on polishing the game and make small adjustments before release, and of course can work on post-launch content.

Is there a process or technology related to game design and production that you would like to know more about? Let us know in the comments of the video on YouTube so we can ask our developers to tell you more!

To learn more about all things Ubisoft, visit our Inside Ubisoft page.