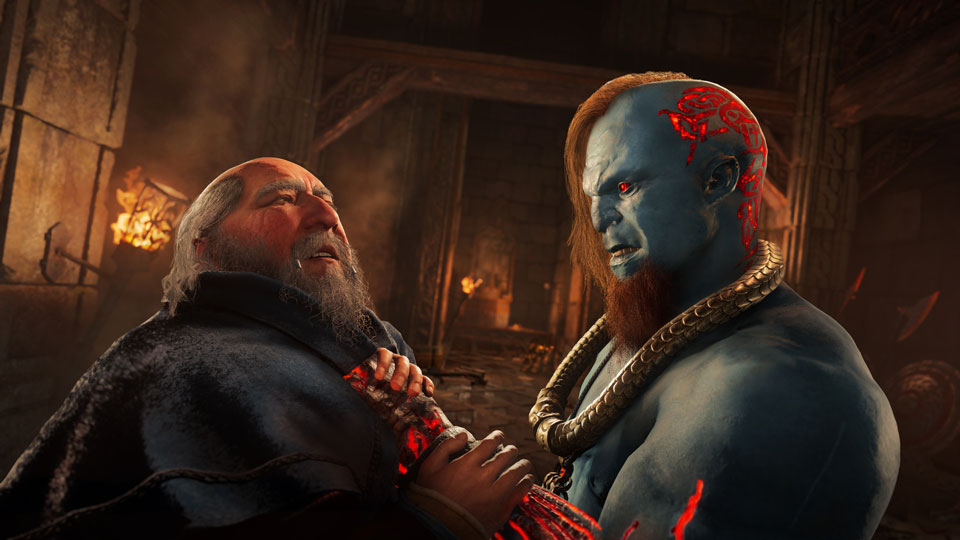 Dawn of Ragnarök will take Assassin’s Creed Valhalla players on a new adventure into Norse mythology on March 10, when it launches on Xbox Series X|S, Xbox One, PS5, PS4, PC, Stadia, and Amazon Luna. Unfolding in the vast dwarven realm of Svartalfheim, Dawn of Ragnarök is an expansion that focuses on Odin (aka Havi), who delves into this strange new land on a quest to rescue their son, Baldr, from the unkillable fire giant Surtr.

Set thousands of years before the events of Assassin’s Creed Valhalla (and experienced as a vision by Eivor), Dawn of Ragnarök is the series’ biggest expansion yet, with an estimated 35-plus hours of content. Svartalfheim is a huge realm filled with massive dwarven buildings, literal mountains of gold, and a skyline dominated by the twisting branches of Yggdrasil, the World Tree. It’s a world under occupation by Surtr’s forces, the Muspel fire giants, who’ve allied with the Jotnar frost giants to hunt for powerful relics hidden throughout Svartalfheim.

Their presence has twisted the landscape with ice and magma, and – apart from a few hidden dwarven shelters – there are no safe havens here. Most Muspels and Jotnar will attack Odin on sight, and in addition to wielding fire and ice powers, their ranks include new enemy types like the Flame Keepers, who can resurrect fallen enemies and prolong battles indefinitely if you’re not careful. 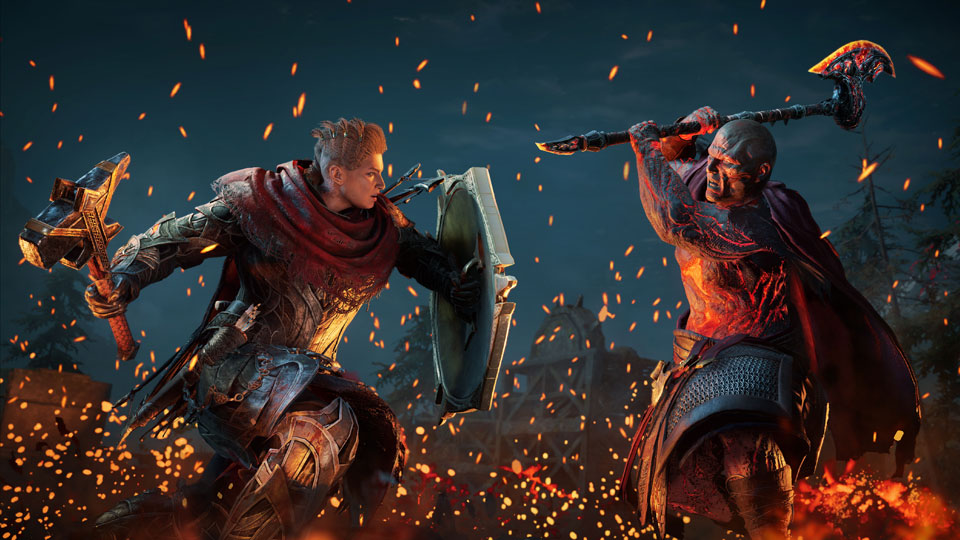 Odin has an important edge, however: the Hugr-Rip, a mythical bracer that lets them steal powers from certain marked enemies. Powered by a new resource, Hugr – which can be drawn from giant flowers or gained by sacrificing part of Odin’s health at special shrines – these new abilities last for short bursts of time, and include the following:

All of these powers can be permanently upgraded at dwarven blacksmiths, adding new twists like the ability to air-assassinate while in raven form, but there’s a catch: Odin can only equip two powers at a time (out of a possible five). This is meant not just to push players to think carefully about which ones will be useful in their current situation, but also to let the developers drop little hints – a power-bearing corpse lying outside of a cave, for example, is a dead giveaway that one or more of the puzzles within can be solved using that power. 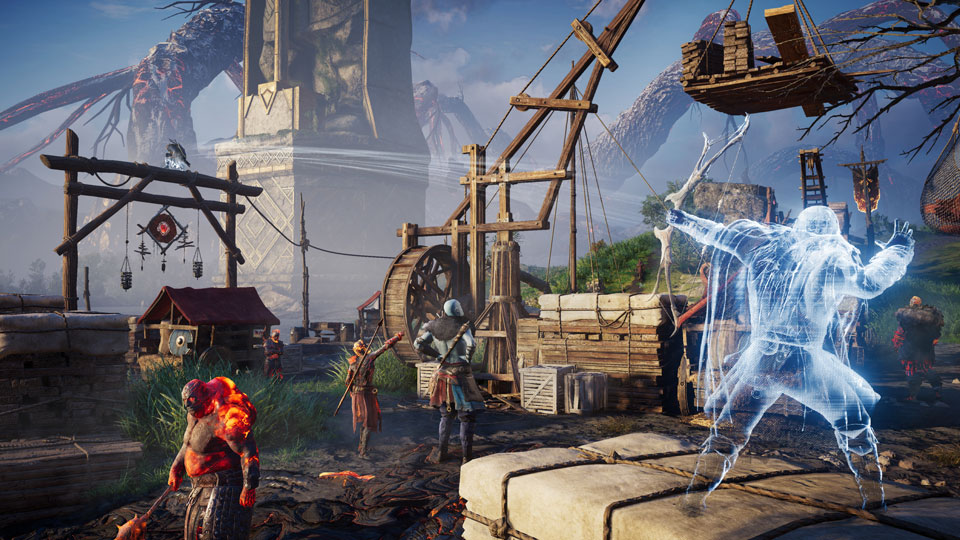 The Hugr-Rip powers work only in Svartalfheim, and can’t be carried over into the main campaign of Assassin’s Creed Valhalla – but there’s plenty of other stuff that can. Powerful new armor sets are hidden across Svartalfheim, and a new weapon type, the Atgeir, lets Odin unleash a variety of bladed-polearm combos and finishers. New Abilities can be unlocked as well, and while these have fantastical effects in Svartalfheim, more “realistic” versions can also be used in Eivor’s waking world. And if you bring the right gemstones to the right eccentric dwarf, you’ll also unlock new cosmetic features to place around Ravensthorpe.

As Odin explores Svartalfheim, they’ll uncover another new feature: the Arena. Run by Kára the Valkyrie, the Arena is a place for Odin to re-enact tall tales of past victories by taking on waves of enemies and bosses. For greater rewards, Odin can add Boasts to each “story.” Melee Tradeoff, for example, makes every consecutive melee attack from Odin do less damage (unless broken up by a ranged attack or Ability), while Enhanced Enemy Melee makes them do more damage – and can also work in your favor if you use the Power of Rebirth during the match.

Once purchased, the content can be accessed at any time from within Assassin’s Creed Valhalla (and can boost players to the recommended power level of 340 if they haven’t yet reached it on their own). Dawn of Ragnarök will be available on March 10 for Xbox Series X|S, Xbox One, PS5, PS4, PC, Stadia, and Amazon Luna, and is included with a Ubisoft+ subscription. For more on Assassin’s Creed, check out our dedicated news hub.