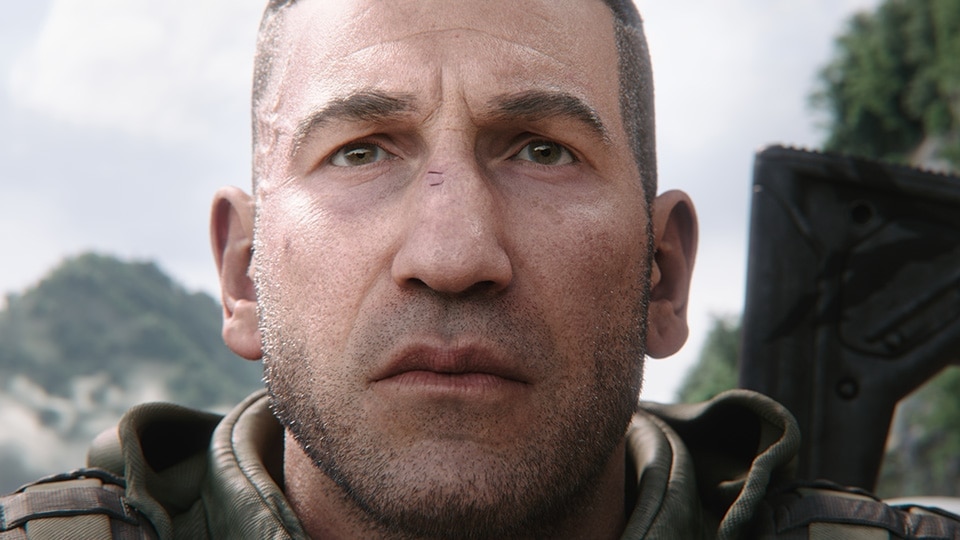 Ghost Recon Breakpoint takes its name from a military term for the moment when a unit has lost its combat effectiveness. A breakpoint signals a posture change from attack to defense, from defense to withdraw, or from withdraw to survive – and when Ghost Recon Breakpoint launches on October 4 on PS4, Xbox One, and PC, you'll face a deadly enemy threat and be pushed to survive any way you can in a diverse and dangerous world.

Deep in the Pacific Ocean lies the fictional archipelago of Auroa, home to billionaire tech entrepreneur Jace Skell's massive research complex. When the US army begins to detect strange activity coming out of Auroa, they send their absolute best to investigate. Enter Nomad, the fully customizable player character and elite Ghost from Ghost Recon Wildlands. Nomad's reconnaissance mission quickly turns into a fight for survival when hostile drones shoot down the Ghosts' helicopter. As the sole survivor, Nomad quickly learns that even the world's most highly trained hunters can become the hunted.

Nomad's warm welcome is courtesy of Cole D. Walker (played by Jon Bernthal), a former Ghost and brother-in-arms whom players first met in Ghost Recon Wildlands' Operation Oracle. In Breakpoint, Walker has betrayed the Ghosts and now leads the Wolves, a hostile faction of elite ex-military soldiers who have captured Skell's facility on Auroa. As former Ghosts, the Wolves are far deadlier than any threat Nomad has faced before, and thanks to their weaponized Skell drones, they're also packing a technologically advanced force that outshines anything the Ghosts have access to. Outmanned, outgunned, and stranded on a chain of islands miles away from help, Nomad (and his fellow Ghosts, if you decide to partake in the four-player co-op) needs to survive long enough to take down the Wolves and protect the world from Walker's growing army.

"From the earliest stages of Breakpoint, the survival aspect was a huge driving force," says Emil Daubon, writer, military consultant, and 14-year Green Beret veteran. "We wanted to create a fantasy where the player was truly trapped behind enemy lines in a survival and combat scenario. There's a palpable, visceral stress and anxiety of being alone in a hostile environment and needing to rely on your surroundings to procure food, water, ammo, weapons, and equipment."

Mind Your Footing and Stamina

That survival fantasy comes to life on Auroa, a huge, environmentally diverse archipelago with biomes that range from snow-capped mountains and muddy marshlands to tropical jungles and brooding volcanoes. Each environment offers up its own tactical advantages, but more importantly, poses its own dangers. The Wolves and their drones aren't the only things that can harm you on Auroa, and you'll need to read the terrain and adapt your tactics if you want to survive.

"When we started consulting with experts, they saw that we had tactical options available to players – but there were big things missing when it came to the consideration of the terrain and the world itself, and all the issues and advantages terrain can provide," says Creative Director Eric Couzian. "It was a revelation, because we had this big open world that was very diverse, and now we could use it more to impact gameplay. We spoke to Special Forces soldiers who had to abort missions in the past because they got sick or injured traveling to their objective, thanks to environmental factors, and we wanted to bring that survival military aspect into Ghost Recon Breakpoint."

Exhaustion and injury will be real threats, so you won't be sprinting up every mountainside or down every slope you encounter. If you want the tactical advantage of higher ground, you'll have to weigh the cost. Trudging uphill exhausts your stamina and slows your movement, and you won't recover until you take time to slow down, rest, or drink water. Likewise, sprinting down a hill (especially a muddy one) can cause you to fall, resulting in possible injuries or detection by enemies.

The terrain will present new challenges, but it will also offer tactical advantages. Jungle floors and muddy swamps are the perfect places to hide, thanks the new prone camo feature. When lying prone in a natural environment with foliage or mud, you'll be able to blend in with the environment by covering yourself with mud or leaves allowing you to approach undetected, snipe while hidden, or perform any of the new close quarters combat takedowns on unsuspecting enemies. It's important to pay close attention to your surroundings, however, as prone camo won't work if you don't have something to cover yourself up with – so don't try it when sneaking through a man-made facility or a rocky mountain range.

"We've introduced a lot of new features, both gameplay and narratively," says Daubon. "As we strive to heighten the feeling of authenticity in Breakpoint, it's important to remember we're creating a fantasy. The challenge is to find the balance between authentic details and a playable, entertaining videogame. A lot of the new survival features we focused on, like prone camo and carrying bodies, are very real aspects of combat."

Injuries Can Cause Serious Damage

In Breakpoint, an injury isn't simply a hit to your health; you can incur semi-permanent wounds that can severely impact your gameplay if not treated, and these wounds can only be healed outside of battle. Taking a bullet in the leg or falling down a slippery slope can impair things like movement and aim, and an injured Ghost won't last long against the Wolves. Injuries also tie closely to another new survival mechanic: the ability to carry bodies. When playing in co-op, an injured ally can leave the team vulnerable and will need to be carried to a safe location – like behind cover or away from the battle entirely – before they can be healed. This same mechanic also applies to fallen enemies, who you can now carry out of sight to avoid hostile detection and preserve your stealthy approach.

New options for stealth are just some of the ways gameplay has been enhanced in Ghost Recon Breakpoint. Another is the all-new class system. Classes can be changed freely before missions and will allow you to customize your loadout and skills to suit your preferred gameplay style or situational need. While the Assault and Sharpshooter classes excel at run-and-gun and sniping, respectively, the Panther class is a master of stealth, and can use exclusive smoke grenades to make a clean exit, or to re-enter a stealth state after alerting guards. While only three of the four classes available at launch have been revealed, Breakpoint will continue to add classes post-launch. Choosing the right class before a mission, or as a complement to your co-op squad, can be the difference between life and death when fighting against the Wolves, who present a more dynamic threat than ever before.

"There are many more enemy archetypes now, like Riflemen, Breachers, and Heavies, which all have different tactics and weapons," says Couzian. "We also have new enemies, because the Wolves are using drones that all require different strategies to take down. For example, flying drones don't take many shots to bring down, but are difficult to hit, while bigger land drones take a lot of firepower to destroy. We wanted to improve the diversity of the gameplay; our goal is to present a problem to the players, and let them solve it in any way they want."

Make Camp and Prep For Missions At The Bivouac

However you decide to tackle an objective, you'll need to make sure you're properly prepared beforehand; that's where the Bivouac comes in. The Bivouac is a temporary camp where you can change your class, customize your loadout, heal your injuries, and craft supplies, like rations and bandages, that you can share among squadmates. Additionally, you can gather food, plants, and water throughout Auroa that can give you a temporary gameplay buff if you eat or drink them at the Bivouac before tackling missions. Finding those resources through hunting and water collection will be imperative to making sure you're as prepared for a fight as possible. The Bivouac will also allow you to break camp under the time of day and weather conditions of your choice, so you can sneak into an enemy base under the cover of darkness and rain, or go in guns blazing underneath clear blue skies.

Surviving in Solo or Co-Op

Preparation and planning are more important than ever in Breakpoint. Nomad is stranded and alone; there's no mission briefing, no detailed goals, and no clear map markers. If you're going to succeed, you'll need to gather intel, study your map, locate your targets, and execute your objectives on your own. You'll no longer have a team of three AI squadmates (although you can still play in four-player co-op for the entirety of Breakpoint), so if you're playing solo, Nomad will be truly alone.

Fortunately, playing alone doesn't mean you'll lose out on squad-based gameplay opportunities like the sync shot, which lets you take out multiple enemy targets simultaneously with a coordinated attack. In Breakpoint, sync shots can be executed with up to three deployable mini drones, so even solo players can synchronize up to four headshots. Since all progression and gear is shared across solo and co-op, all four human squad members can bring their drones to the party, meaning a full co-op team can execute a massive 16-target sync shot.

Shared Progression Across PvP and PvE

Ghost Recon Breakpoint will feature competitive PvP gameplay at launch, and all character progression will be shared between single-player, co-op, and multiplayer gameplay. Players will be able to customize their Nomad and take that character freely between PvE and PvP gameplay. Character experience, class rank, equipment level, and gear will be shared across both modes.

Ghost Recon Breakpoint will launch on October 4 on PS4, Xbox One, and PC, and will feature a host of post-launch content, including the franchise's first-ever raid. For more on all things Ghost Recon, check out our previous coverage.