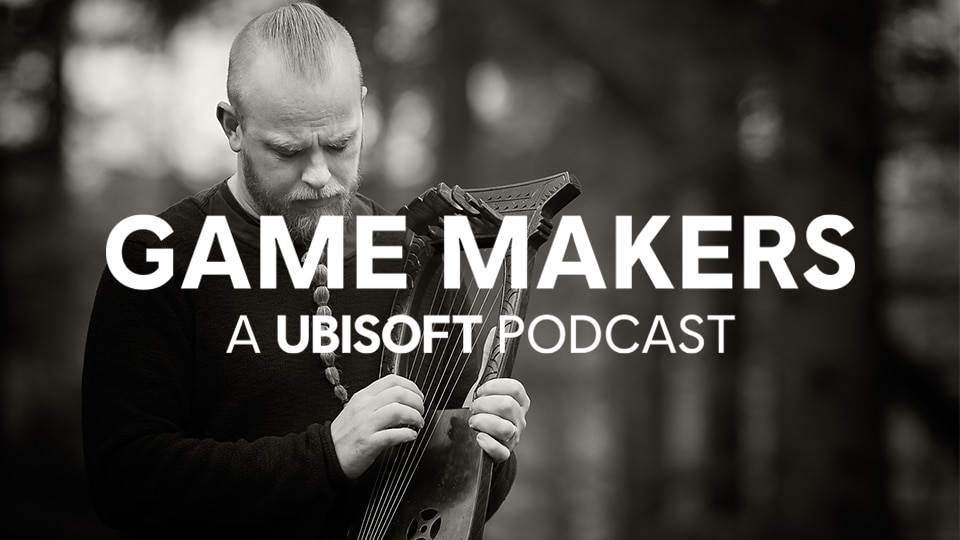 Norwegian musician Einar Selvik, known for his band Wardruna and his work on the History Channel series “Vikings,” is one of three composers who worked on the soundtrack of Assassin’s Creed Valhalla. Selvik focused on the in-game skaldic music players can hear in the world of Valhalla.

In this episode of Ubisoft’s Game Makers podcast, Einar breaks down the beat, melody, instrumentation, and voices in his song “Hausbrjótr - Skullcrusher”.

Selvik is well-versed in ancient Nordic music: he incorporates historical instruments like the tagelharpa and the lur, old Norse poetry, and traditional nordic rhythms in his music. When asked about the balance between these authentic elements and more modern musical techniques and sensibilities, Selvik says it’s important for him to combine the old and the new.

“I make music for the living, not the dead,” Selvik explains. “In terms of the themes I focus on and the ideas behind the song, there are so many things from the past that are just as relevant today as they were when the tradition was alive, or when these myths were part of daily life.”

Assassin’s Creed Valhalla: The Wave of Giants, an album offering a selection of Selvik’s songs written for the game, is available wherever you get your music.

Stay tuned for more episodes in this series with composers Sarah Schachner and Jesper Kyd, in which they will discuss the inspirations and instruments they brought to their work for Assassin’s Creed Valhalla.

Assassin’s Creed Valhalla is out now on Xbox Series X | S, Xbox One, PlayStation 5, PS4, PC, Stadia, and Amazon Luna. For more information on the game, check out our previous coverage.