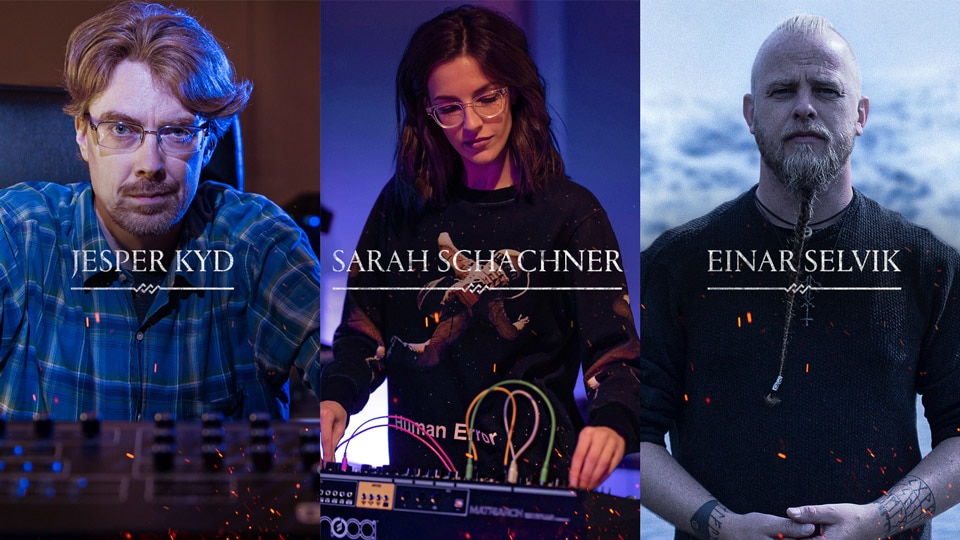 A BAFTA award-winning Danish composer, Jesper Kyd composed the soundtrack for the original Assassin’s Creed, as well as for the entire Ezio trilogy. If you’ve ever found yourself listening to any version of “Ezio’s Family,” one of the franchise’s most enduring themes, you have Kyd to thank for it. His most recent composing credits include Borderlands 3, State of Decay 2, and Warhammer: Vermintide 2.

Sarah Schachner is an American composer known for blending authentic folk string instruments with analog synths, electronic production, and orchestra. In 2017, she composed the original score for Assassin’s Creed Origins, and more recently has worked on Call of Duty: Modern Warfare and Anthem.

Also known by his stage name Kvitrafn, Einar Selvik is a multi-instrumental Norwegian artist. A newcomer to Assassin’s Creed, Selvik has been creating Nordic music for more than 25 years. His credits include soundtrack work on the History Channel TV show “Vikings,” where he also appeared as an actor. He will be writing the original songs for Assassin’s Creed Valhalla’s soundtrack.

To learn more about Assassin’s Creed Valhalla, check out our interview with historian Thierry Noel, or our trailer breakdown with the developers.