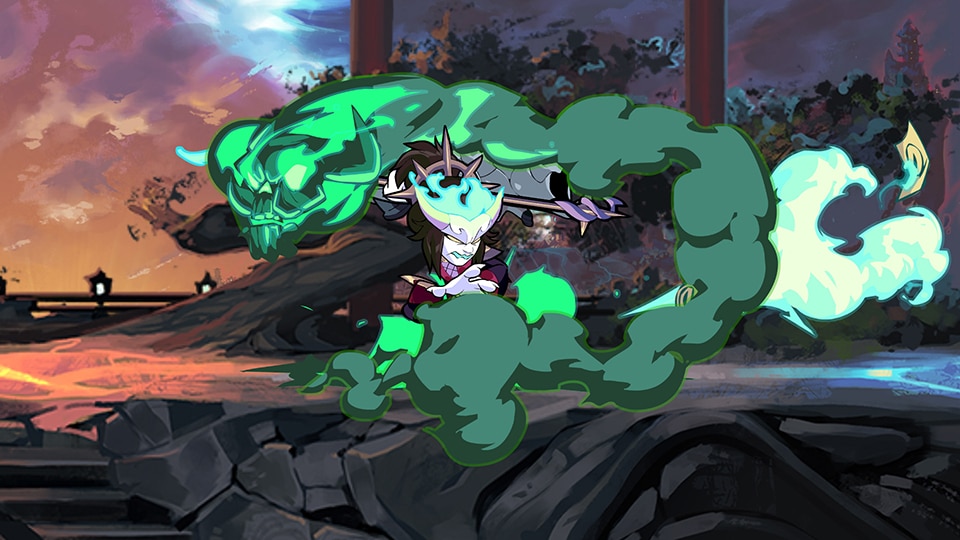 Brawlhalla’s Season One Battle Pass is out now, giving players the chance to unlock in-game rewards via the Free and Gold Tracks. The setup for the Battle Pass brings the Brawlhalla Legends to Demon Island – the home of Hattori – where the Legends can progress through 85 tiers filled with Oni, spirits, and lost souls.

Completing the final tier in the Gold Track unlocks Hattori’s Epic Skin, but to get there, players can earn gems – via General, Daily, and Weekly missions – to progress through the tiers within either track. Weekly Missions become available each new week of the Battle Pass, and don’t expire until the end of the Battle Pass season. Up to three Daily missions can be stored and one can be exchanged each day for a new mission.

The Gold Track for the Brawlhalla Battle Pass is available for $9.99. Brawlhalla is free to play and is currently available on PS4, Xbox One, Switch, and PC.