Just Dance 2016 took to the streets of San Francisco last week, carrying on the multi-city tour to celebrate the launch of the game while giving fans a chance to play the game with artists and celebrities – this time, with MLB right fielder and video game enthusiast, Hunter Pence of the San Francisco Giants.

Hunter began his San Francisco adventure with a special visit at Presidio Middle School, where he surprised the baseball and softball teams with a special play session for Just Dance 2016. He also hosted a Q&A session and led a group dance with the students before talking to them about the importance of staying active and living a healthy lifestyle.

Hunter then hopped into a customized Just Dance 2016 Lyft SUV, fully equipped with a gaming station in the back, and rode shotgun around the city to pick up unsuspecting Lyft riders. Surprised to see who was sitting in the passenger seat, riders went on a Lyft ride of a lifetime with Hunter, topped off by a game of Just Dance 2016. 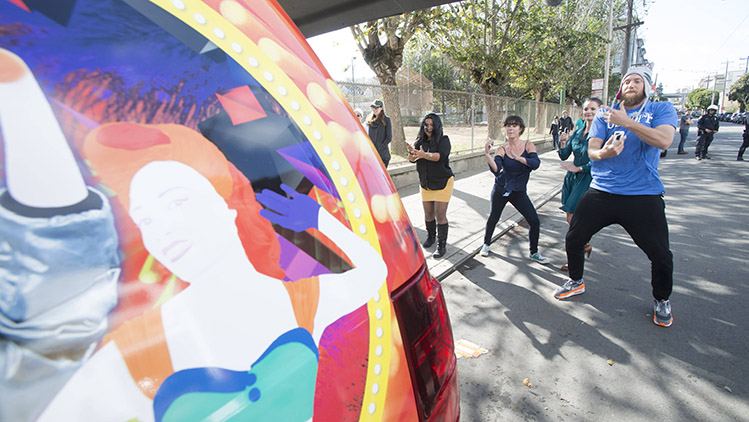 For more on Just Dance 2016, head over to the Just Dance hub for additional stories and features: