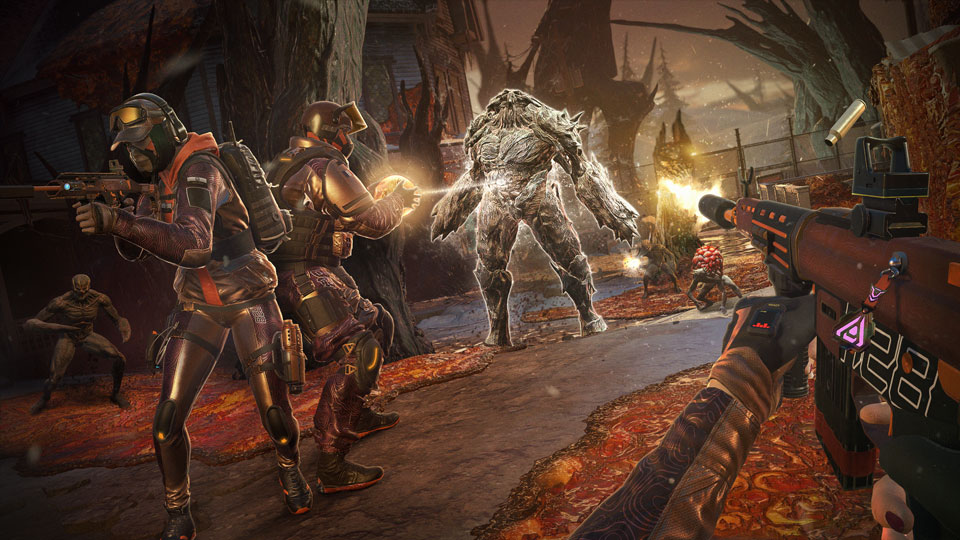 Rainbow Six Extraction has launched its fourth major post-launch content update, and with it comes After Effect, the toughest Crisis Event yet. Available until November 17, the new Crisis Event revolves around a mysterious new object called the Nucleus, which gives players the ability to annihilate any enemy with one hit – but its corrupting tendrils will gradually obscure the carrier’s vision.

Unfolding like a regular incursion, After Effect takes place across three sub-zones. The first one presents normal objectives, giving players a chance to warm up and supply for what’s ahead. In the second sub-map, however, players need to retrieve the Nucleus – a glowing, otherworldly orb – and carry it through heavy waves of Archaeans that will spawn in once it’s been taken. And in addition to Archaeans, After Effect gives players a new threat to contend with: Amber Sprawl, a dangerous mutation of the regular sprawl that can harm players as well as slow them down, and will deal more damage the longer players are in contact with it.

The Nucleus is more than a monster beacon, however – whoever carries it gains the Death Marker ability. Any enemy tagged with the Death Marker will be obliterated by whatever damages them next, whether it’s a single bullet, a melee attack, or even a unique gadget like Gridlock’s Trax Stingers or Capitao’s Venom Bolts. When a marked enemy is killed, the Death Marker’s normal 10-second cooldown timer resets immediately, so the more efficiently a team coordinates with their Nucleus-holder, the better advantage they can take of this powerful ability.

All that power comes at a price, of course: the Nucleus carrier walks slowly, can’t use attacks or abilities other than the Death Marker, and will have their vision slowly obscured by the Nucleus’ creeping tendrils. These will retreat if the carrier drops the Nucleus, but if they reach 50% exposure or more, their vision will only return to what it was like at 50%. And should they reach 100%, their field of view will be obscured completely. 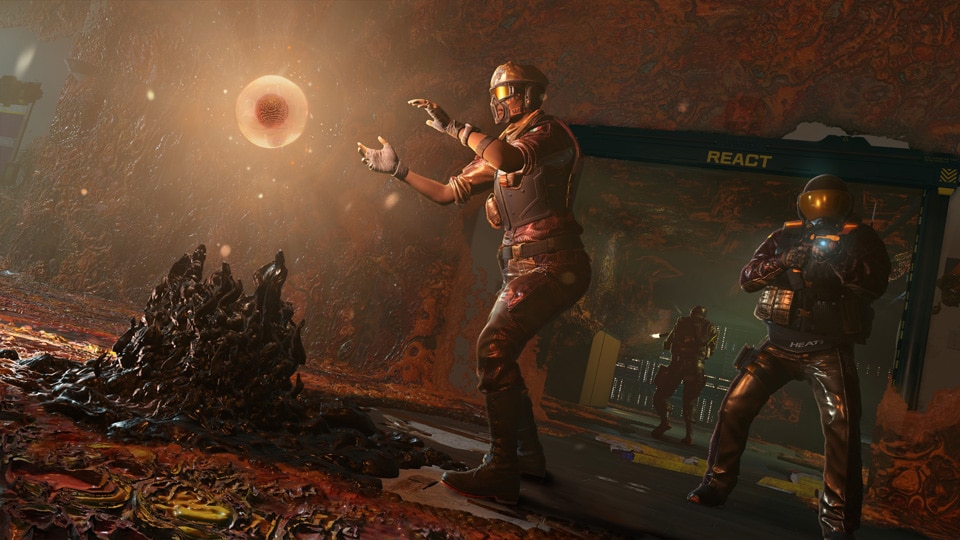 Nucleus carriers can, however, use one crucial new piece of REACT tech introduced in After Effect: the Repulsion Harness. After players unlock it by completing a special Event-specific study, it will be usable during normal gameplay as well as event matches. The Repulsion Harness can knock back and obliterate any enemies around the user, making it invaluable as swarms of Archaeans close in around you.

While carrying the Nucleus, players will need to make a beeline for the second sub-zone’s airlock – only to face considerably tougher resistance from heavier waves of Archaeans in the third sub-zone. Here, players will need to use the Death Marker ability to destroy three Arch-Spines. Should they pull this off, depositing the Nucleus in its special container will win the match.

Beyond the Crisis Event and Repulsion Harness, After Effect also adds a new enemy in the form of Protean Finka, who lurks near Gateway Objectives and can boost other nearby Archaeans with her Nexus Nodes. Players can also complete four new Crisis studies to unlock new cosmetics and gear, including the Tempered uniform and headgear, the Hotstepper charm, and the Amber Damascus weapon skin. 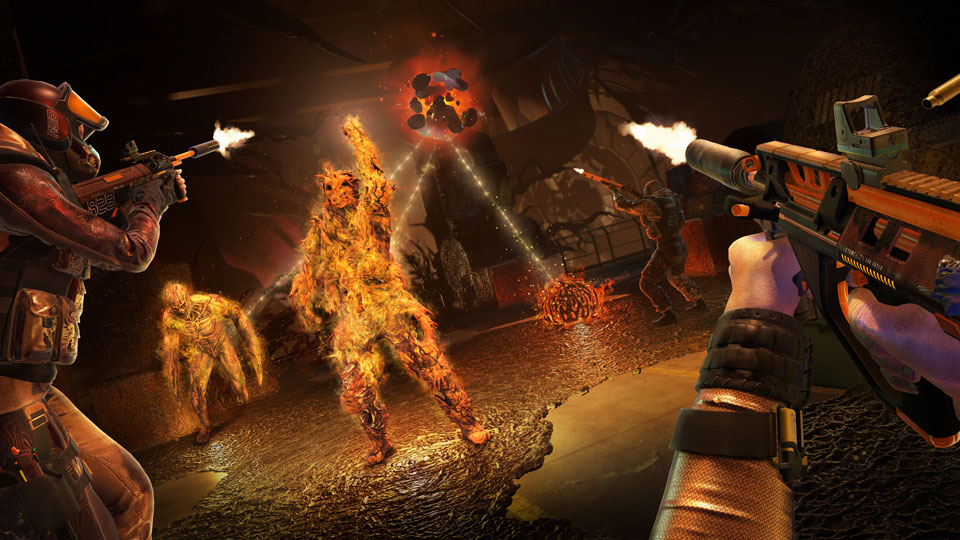 Rainbow Six Extraction is available now on Xbox Series X|S, Xbox One, PS5, PS4, PC, and Amazon Luna and is included with a Ubisoft+ or Game Pass subscription. Find out more about how Rainbow Six Siege Operators were chosen for the ranks of REACT – and if you’re new to Rainbow Six Extraction, check out our video starter guide to make the most of your early hours.