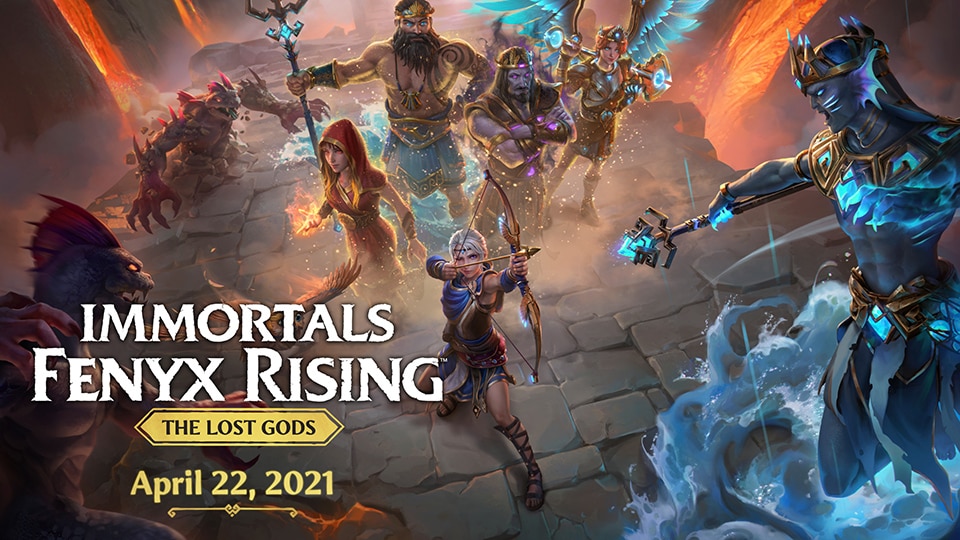 Ash’s mission is to travel to a new land, the Pyrite Island, to find and reunite the gods who left Olympos in a huff after a falling-out with Zeus. These “lost gods,” including Poseidon and Hades, will all need to be convinced to return to the Pantheon and restore balance to the world. Naturally, there are plenty of monsters standing between them and Ash, which players can dispatch using a new, brawler-inspired combat system.

More details about the DLC will be revealed closer to its launch on April 22. In the meantime, a new primer quest in the northeast of the main game’s Golden Isle is now available, offering a preview of the challenges to come – as well as rewards that can be carried over to the DLC. And players who haven’t yet experienced Immortals Fenyx Rising can get a taste via the free demo, which features exclusive content and is available now on Switch, Stadia, PS5, PS4, Xbox Series X|S, Xbox One, and PC. For more on Immortals Fenyx Rising, check out our previous coverage.