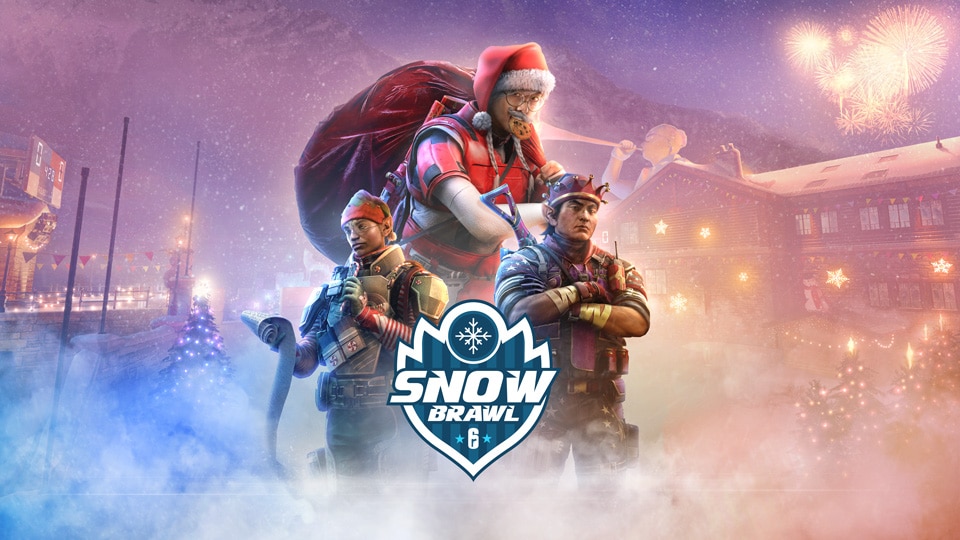 A seasonal Snow Brawl has broken out in Rainbow Six Siege. The limited-time event returns today and runs through January 6. Log in during the event to claim your free Snow Brawl Collection pack, which contains an item from the winter-themed cosmetic collection, and while you’re there, sling some snowballs in the capture-the-flag game mode. Set in a festive nighttime version of the Chalet map, this mode arms Operators with snowballs (three hits sends an opponent to respawn) and a special secondary gadget to help them battle their way to a frosty victory. Find boosts around the map to give you an edge as you work your way towards completing event challenges to earn an additional free Snow Brawl Collection pack each week of the event.

The Snow Brawl Collection includes cosmetic items (headgear, uniforms, weapon skins, and Operator card portraits) for every Operator included in the event. New arrivals Dokkaebi, Grim, and Sens join the returning roster of Rook, Vigil, Frost, Castle, Thorn, Ash, Blackbeard, Montagne, and Osa. Snow Brawl Collection packs can be purchased in the in-game store, as can the new Snowflake Bundle, which includes a signature weapon skin, a universal attachment, a charm, and an Operator card background.

Rainbow Six Siege is available on PS5, PS4, Xbox Series X|S, and Xbox One, as well as on PC through the Ubisoft Store and as part of a Ubisoft+ subscription. Read about the major updates and the newest Operator added to the game in our Operation Solar Raid Operator and Gadget Guide.