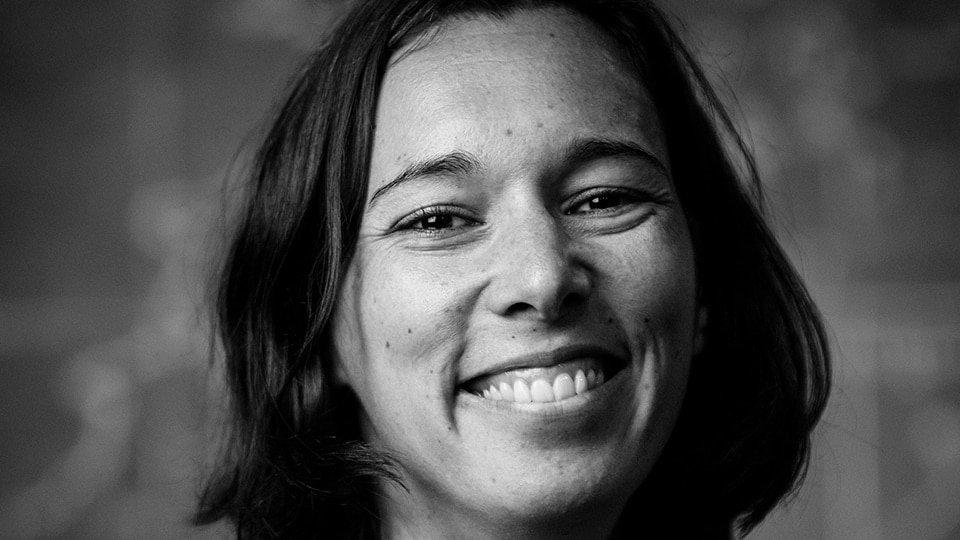 There's no one path into game development. Educational and career trajectories are often unpredictable and circuitous, where one starts does not always dictate where they end up. It's true of many game developers, including Anne-Laure Condamine. In 2005, Condamine graduated university with a degree in IT engineering in Montpellier, France. From there, she worked in IT at big corporations before eventually catching the travel bug and leaving Paris. She spent the better part of the next two years living in Mumbai and Finland, working for various NGOs to teach children.

When her husband's graduate studies took them to Singapore, Condamine was in search of a new job when a Ubisoft recruiter contacted her about a role as a project manager working on . Seven years and five Assassin's Creed games later, Condamine is now a production director at Ubisoft Singapore, working on Skull & Bones. Read on to learn more about Condamine and her role at Ubisoft, and be sure to check out our previous Women of Ubisoft interviews.

What exactly does a production director do?

Anne-Laure Condamine: My main responsibility is making sure that the team knows what they have to do and have clear objectives and priorities.

I'm also in charge of staffing and organizing the development team, making sure we have the right people in the right positions and that the team is structured in the right way to ease the development of the game. Working with our producer, game director and creative director to make sure that their visions and ideas are well-represented in our plans is incredibly rewarding. This way, the team can understand it and build it.

How is the role different from what a producer does?

ALC: It can be similar to the role of a producer. In the past, we had one producer acting in both roles. In the past few years, we've started to divide the job into two roles. The producer is in charge of the quality of the product, the game itself. The production director is focused on how to make everything happen. We work closely together; I need the producer, and the producer needs me.

Is there a specific part of the job that you like most?

You have an unusual career background for game development. Was there anything specific about your past experiences that prepared you particularly well for this job?

ALC: I think working at Deloitte as an auditor and as an IT consultant taught me to be rigorous. I think the most important thing I learned here at Ubisoft is that it's important to be able to be agile and flexible. Every day there is something new; a new idea from our creative director, for example. There's always something and you need to be flexible to readjust your schedules and expectations so that you can learn from your mistake and try again and again and again.

"Give me the controller, and if I can figure it out without help, then you've got it. If I'm completely lost, then you probably need to work on it more."

What made you decide to give up a career in IT to work for NGOs abroad?

ALC: After five or six years in Paris, life was just a bit frenetic and crazy. I decided to take a break, and I was young and didn't have children, so it felt like the perfect time and opportunity to travel. I had always dreamed of living somewhere completely different from where I had grown up and this was my chance to do it. I spent a year in India, and it was incredible. Working with NGOs was interesting, and I learned a lot about myself personally.

How familiar were you with Ubisoft and videogames in general when you joined the company?

ALC: I was actually a bit surprised when Ubisoft reached out to me, and I specified in my interview that I'm not much of a gamer. I played a ton of Just Dance, but not much else. They told me it was fine, and that I'd learn while I was here. I might not be a part of the "hardcore gamer" audience, but that's OK. I can still give feedback about the player experience.

Do you think not being a "hardcore gamer" gives you a unique perspective that brings value?

ALC: I think it does. We sometimes talk about the "grandma test," where you give the controller to a grandma and see if she can manage. Sometimes I can be the stand-in grandma. Give me the controller, and if I can figure it out without help, then you've got it. If I'm completely lost, then you probably need to work on it more.

In your mind, what has been the biggest difference between being part of a co-development studio, and working as part of the lead studio?

ALC: At Ubisoft Singapore, we've always wanted to be the best at collaborating with other studios. We want to push ourselves to be ambitious when working with our partner studios. When you're a co-dev studio, you're taking mandates from the lead studio; being the lead is very different.

What was the experience like coming to a team that's so diverse and multicultural?

ALC: You learn every day. You're learning how to work and communicate with people, it's fabulous and enriching. I look around at my team, and there are people from Japan, Canada, England, Singapore, and Malaysia to name a few. Our studio actually has staff from over 30 nationalities. It challenges me to find ways to communicate effectively with colleagues from different cultures. Diverse and inclusive teams enable us to make the best possible games for players, and will give us the capacity to understand and reach new audiences. Diversity will keep our minds open and willing to challenge ourselves, try new things, and create even more innovative and groundbreaking content and tech. I think you can feel the diversity and all these different cultures when you play our games.

Speaking of diversity, as a newcomer to the videogame industry, at what point did you notice the gender disparity in game development?

ALC: I noticed almost right away. When I first started at Ubisoft Singapore, we didn't have many women. But that's changing; we have more and more women coming into the industry every day. I believe that a work environment where individual differences are embraced increases our open-mindedness, and in turn enriches the games we make, making them more innovating and surprising.

Game development is truly a worldwide industry. You've packed up your life and moved across countries and continents multiple times. What advice would you give to someone who may be too nervous to take the same leap?

For more interviews like this, check out our previous Women of Ubisoft interviews.