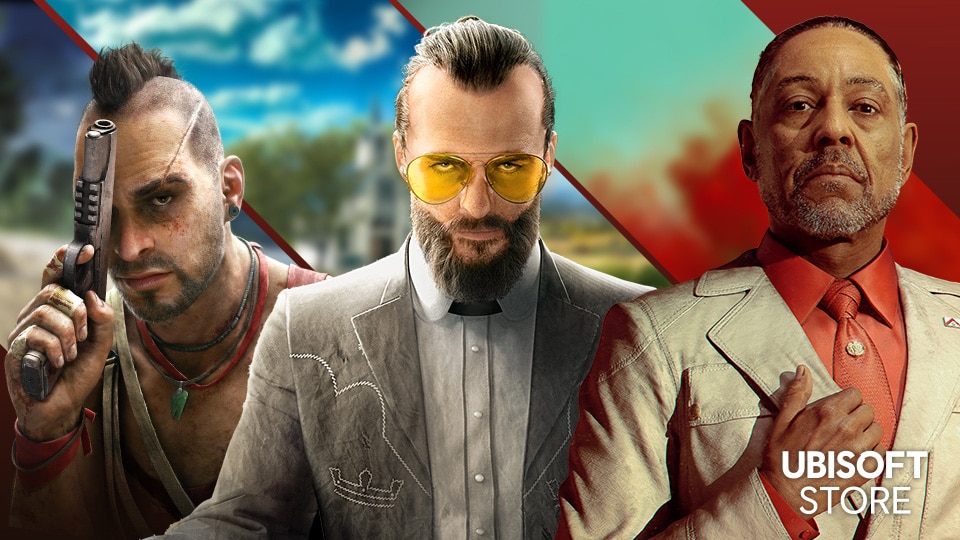 Far Cry 6 is coming this fall, and it’s bringing an all-new revolutionary adventure set in the fictional Caribbean nation of Yara. With new guerrilla tactics and improvised weaponry, it’s poised to put a bold new spin on the franchise – but there’s one thing that all Far Cry games have in common: a compelling, ever-present villain whose outsized personality touches every corner of their intended empire.

Far Cry’s villains have long been one of the most important and memorable parts of the franchise – deadly, chaotic people overseeing deadly, chaotic worlds – and each one arguably defines the games they inhabit. So as Far Cry 6 approaches, let’s dive into the heart of madness and take a look back at some of the biggest personalities to dominate the series, and what made each one so unforgettable. 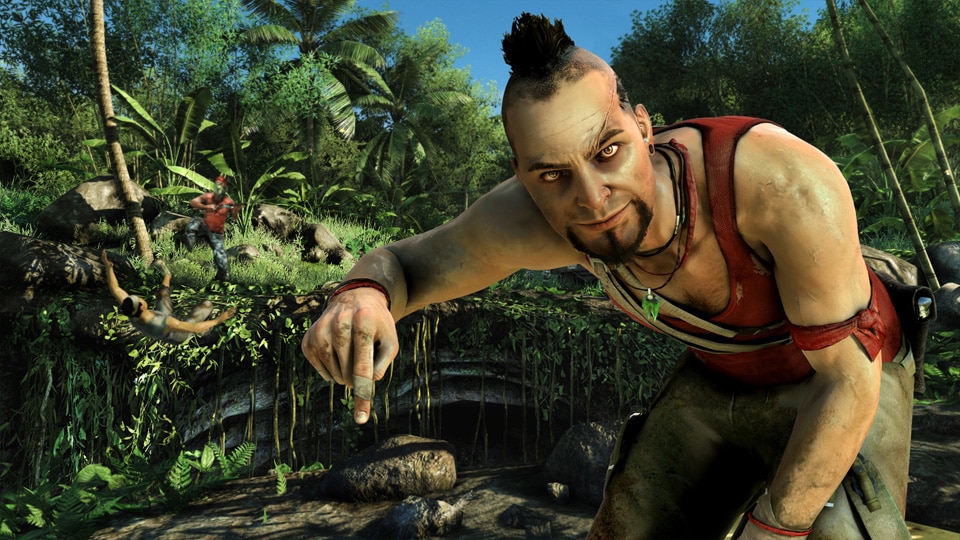 A mohawked, volatile pirate leader who holds the Rook Islands in an iron (if highly unstable) grip in Far Cry 3, Vaas won our hearts from the moment he first told us his definition of insanity. Alternately tormenting, toying with, and trying to kill protagonist Jason Brody, Vaas often seems less interested in eliminating Jason than he is in pushing to see just how far this stranded rich kid will go. A leering bully played to the hilt by actor Michael Mando, Vaas established the template for everything a great Far Cry villain could be, and set a high bar for those who came after. 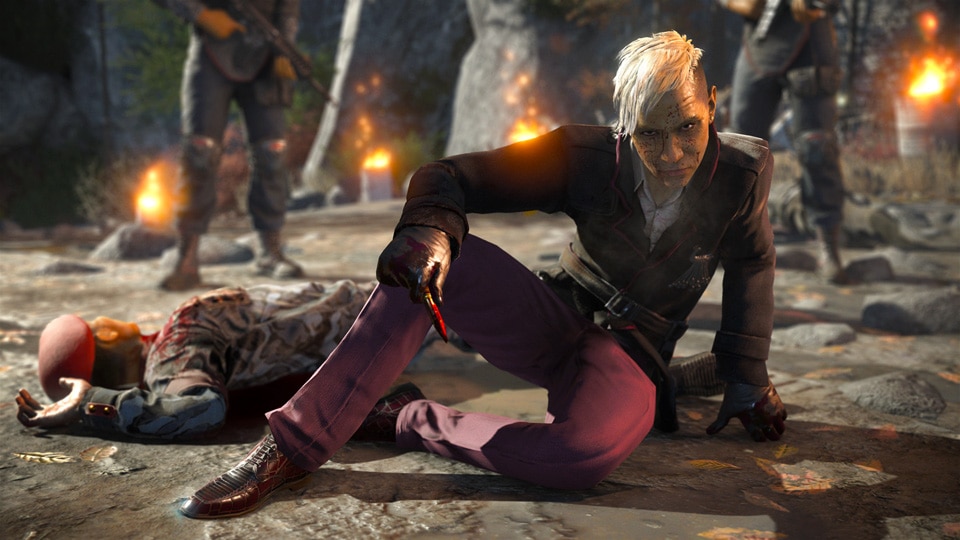 As sardonic as he is sartorially resplendent, King Pagan Min’s stylishness and charming demeanor are fronts for an endless capacity for cruelty and violence. Originally a criminal Triad leader from Hong Kong, Pagan seized power in the Himalayan nation of Kyrat during a failed revolution. While his Royal Guard metes out death and oppression across Kyrat, Pagan is oddly friendly toward Far Cry 4 protagonist Ajay Ghale, talking to him like a doting uncle even as Ajay falls in with rebels and begins explosively dismantling Pagan’s operations across the country. As reprehensible as he is, Pagan’s hard to truly hate, in part because he seems to be having almost as much fun with all this as we are. 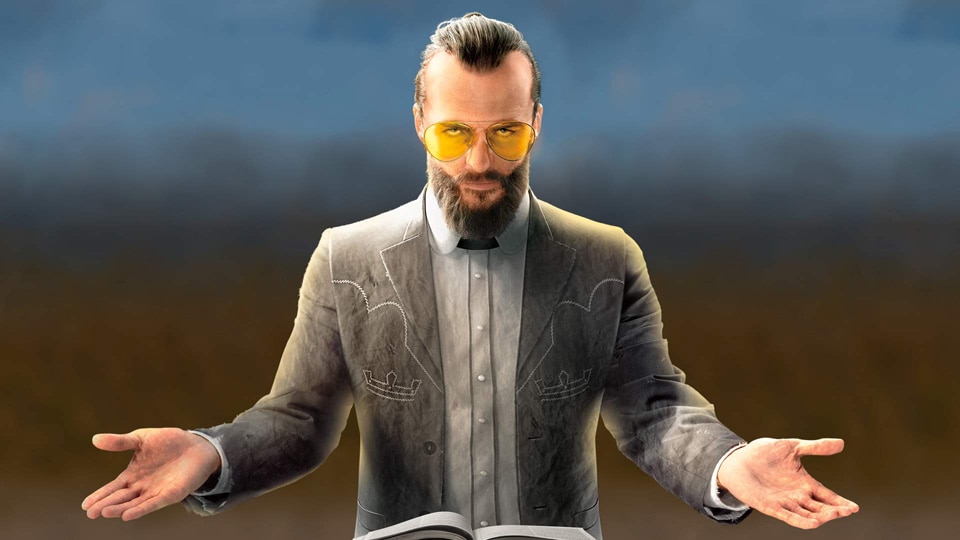 Joseph “The Father” Seed, on the other hand, is all too easy to despise. Played with a terrifyingly calm intensity by Greg Bryk, The Father leads a cult – The Project at Eden’s Gate – that’s hell-bent on taking over remote Hope County, Montana in Far Cry 5. For years, he, his siblings, and their army of brainwashed followers have been displacing, harassing, and clashing with the locals – and now that you’ve shown up to arrest him, he thinks it’s time to start kidnapping folks en masse and herding them into underground bunkers. But Joseph is more than just a wiry, tattooed con man – he sincerely believes himself to be a prophet. And as Far Cry New Dawn reveals, he isn’t entirely wrong. 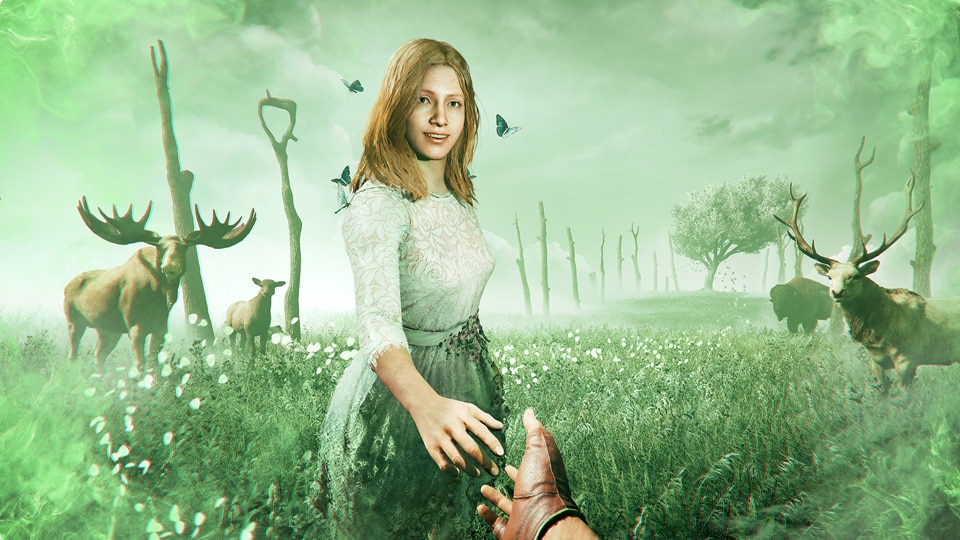 The Father’s adopted younger sister, Faith Seed is also one of his lieutenants and holds the key to his control over the cult: Bliss, a mind-control drug derived from genetically modified flowers. Faith’s portion of Far Cry 5 is one of the game’s weirdest, featuring dreamlike hallucinations and pushing you to question just how much of it is real. Her ethereal persona, always seemingly in confident control of reality, is calculated to put her victims at ease – but it hides a manipulative spirit and ruthless cruelty that rival the most vicious Far Cry villains, making her as hauntingly memorable as her brother – if not more so. 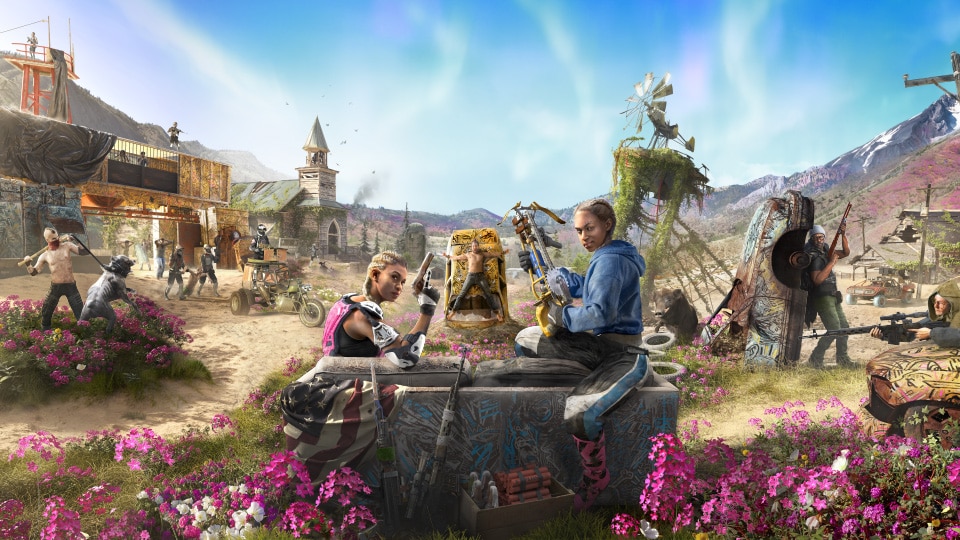 Twin sisters Mickey (“The Brains”) and Lou (“The Muscle”) are consummate post-apocalyptic scavengers, treating the irradiated world as their oyster and leading a band of bloodthirsty raiders who just want to party at the end of all things in Far Cry New Dawn). The problem is that the world hasn’t really “ended,” they’re not the only ones left, and most survivors aren’t really on board with their whole “use it all up and move on” ethos. Where other Far Cry villains might see you as a point of fascination, The Twins are more pragmatic: You’re just a bug waiting to be squashed, and they’ll stop and nothing to bring down the boot.

Into this rich tradition of ever-present adversaries steps Antón Castillo, dictator of the Caribbean island nation of Yara in Far Cry 6. Played with a cool detachment by Giancarlo Esposito, Castillo has promised to bring the country back to its former glory – but under his control, Yara has become isolated and dependent on forced labor, and anyone who opposes his policies is swiftly disappeared by government forces. Where other Far Cry villains are the types to get their hands dirty, Castillo seems aloof and unreachable, a man hiding behind institutions that he’s bent to his own twisted ends – but as Dani Rojas, a reluctant revolutionary who embraces the “resolver” guerrilla spirit, it’ll be your job to dismantle his empire and restore freedom to Yara when Far Cry 6 launches this fall.

Far Cry 6 is available for pre-order now at the Ubisoft Store, and is included with a Ubisoft+ subscription. For more on Far Cry, including upcoming details on Far Cry 6, check out our dedicated news hub.