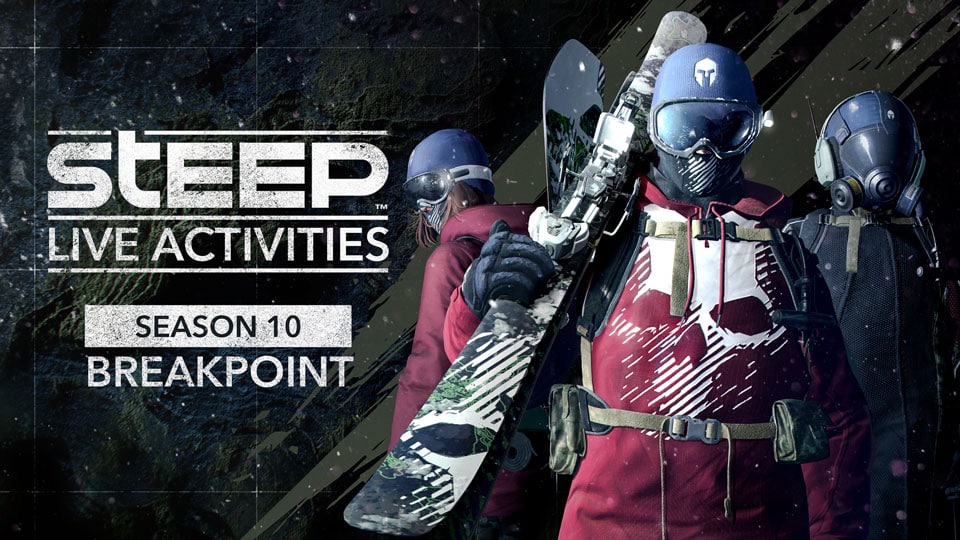 Steep Season 10 is here, and it's introducing a brand new crossover with one of Ubisoft's classic franchises. This time around, you'll have the chance to ride like an elite Spec Ops Ghost — or at least dress like one. From September 3 to October 1, you'll have the opportunity to join the Ghosts on the mountainside for a chance to win an exclusive Nomad equipment set.

To get all pieces of the set, you'll need to take part in the Ubisoft Club weekly challenges during the event, ride in the Steep World Tour, and complete other in-game activities during September. As you complete new challenges each week, you'll earn pieces of the Nomad set.

All Steep players will also be able to redeem the Japan ticket for free from September 5-9. This item grants permanent, free access to the Japan map, and it's the last time it will be available, so don't miss it. Head to the in-game store for your final chance to unlock it. Once you have it, enjoy shredding the deep, powdery slopes of Japan!

For more on Steep, check out our previous coverage.