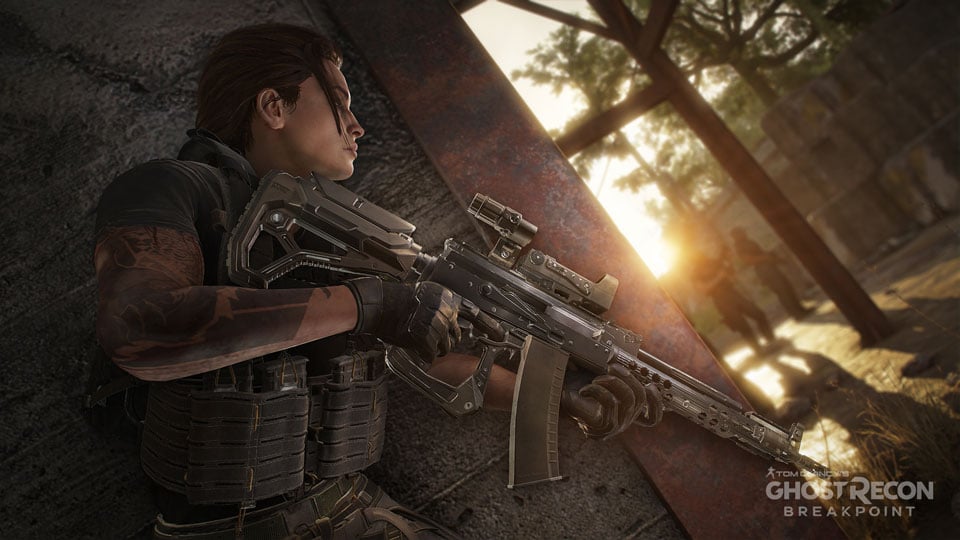 Ghost Recon Breakpoint's closed beta is nearly here. Register here for a chance to get in, and if you've already redeemed your code, you can start pre-loading it on PS4, Xbox One, and PC right now. The beta runs from September 5-8, and lets players explore several provinces in the fictional archipelago of Auroa. Players will be able to tackle two Operation Greenstone main missions, discover more about the islands in Auroa side missions, pursue eight new Faction missions per day, and face off against a variety of deadly drones in special Drone Areas. All of the closed beta's content can be played solo, or with up to four players in co-op.

During the beta, players will be able to participate in Man Down, a special in-game charity event to raise money for Child's Play. Players can join in by reviving their downed teammates in co-op. The more players participate, the more Ubisoft will donate, so don't be shy about picking that medic class!

In addition to beta details, the Breakpoint team has revealed Year 1 post-launch plans, which kick off with Episode 1 which expands on Operation Greenstone, followed by Episode 2: Deep State and Episode 3: Transcendence, releasing every four months. Episodes will be introduced every four months with content releasing over the course of the four months. Players can expect each Episode to bring a host of new content including:

Players eager to learn more about Auroa can pick up The World of Tom Clancy's Ghost Recon Breakpoint, an upcoming book that will release on October 31. The book is now available for pre-order, and includes behind-the-scenes insights into the making of the game, the creation of the universe, and the secrets of Auroa.