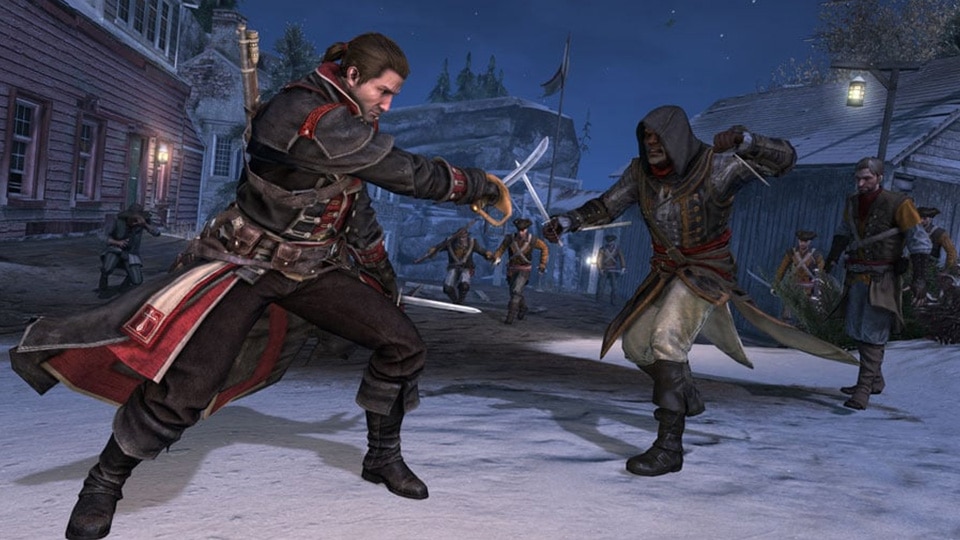 Assassin’s Creed: The Rebel Collection Sails To Switch This December

In Assassin's Creed IV Black Flag you'll take to the waves as Edward Kenway, a pirate-turned-Assassin who spends his time battling Templars, plundering treasure-laden ships, and working to build an outlaw republic alongside such legendary pirates as Blackbeard and Anne Bonny. As you explore the open world of the Caribbean, you'll be able to parkour through colonial cities, dive through treacherous underwater shipwrecks, and fight naval battles against enemy ships and sea forts from the helm of your upgradable ship, the Jackdaw.

Assassin's Creed Rogue meanwhile, explores a different side of the Assassin-Templar conflict. As Assassin-turned-Templar Shay Patrick Cormac, you'll hunt your former brothers and sisters in the streets of New York, across the icy ocean wastes of the North Atlantic, and through the wild River Valley. As a Templar, you'll have a whole new arsenal of gadgets and weapons at your disposal, including an air rifle, an 18th century grenade launcher, and a ship you can upgrade with ice-smashing armaments. You'll need these weapons and more as you contend with hidden Assassins, who lie in wait to ambush you when your guard is down.