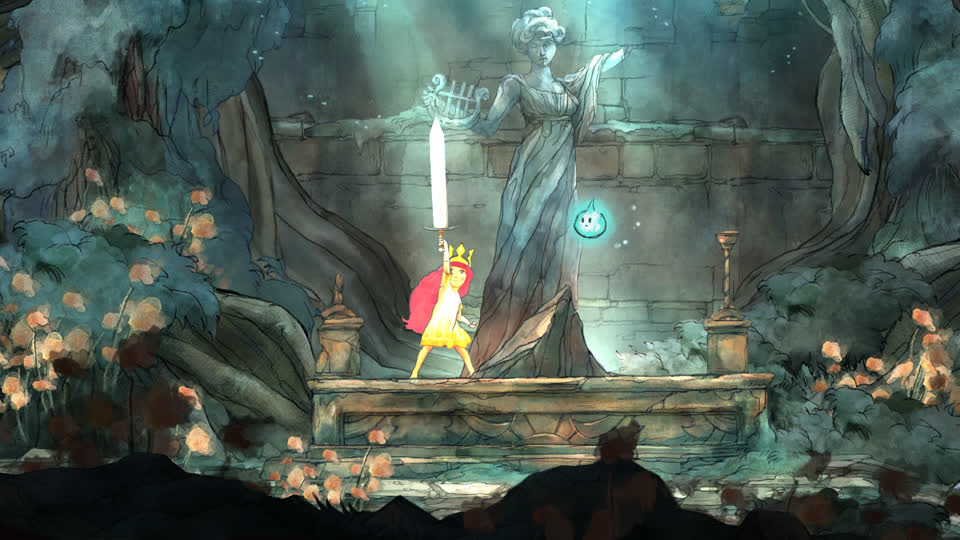 March is Women's History Month, and it's important to think about how games can tell stories that center on complex and interesting women, to celebrate what's been done, and to get excited about what's to come. While Ubisoft games have told a plethora of such stories, from the dangerous mining world of Hillys to the streets of ancient Greece, this article focuses on three standout fictional women in the Ubisoft family who have had an impact on representation in games.

On the surface, Jade may seem like a good person, but nothing extraordinary. She and her uncle, Pey'j, live in a lighthouse where they take in children orphaned by DomZ, a race of life-sucking aliens that besiege their world. To try and make ends meet, Jade runs her own photojournalism business, but when a shield fails and the DomZ kidnap several children in her care, she steps up to take an active role in fighting the alien invaders. Equipped with martial-arts skills, a sharp mind, and a focused camera lens, Jade uncovers a government conspiracy and joins the resistance movement, only to discover she alone has the power stop the DomZ once and for all.

In 2003, when Beyond Good & Evil launched, Jade was noteworthy for being one of the few female protagonists who were more than just sex objects. She's a fully realized character with agency in her story, able to independently live her life and take action when the worst comes to pass and her world falls into question. Her physical abilities range from martial-arts-style combat to catlike stealth, making her capable in any situation. However, Jade's true power lies within. The pictures she takes throughout the game are key to learning the truth about Alpha Sections' deception and uncovering the story, and she's a thorough investigator, getting the whole story before jumping to conclusions.

Jade is set to return in Beyond Good and Evil 2, and fans can expect more insights into her past in its prequel story.

Aurora's story begins as many fairy tales do: When the princess was very young, her mother passed away, leaving her to be raised by her devoted father. Eventually, the Duke remarries, bringing a less-than-kind stepmother and stepsisters into Aurora's life. Not long after, a mysterious illness takes hold of Aurora, and she passes into Lemuria, a mythical world where the Sun, Moon, and Stars have been stolen by the Black Queen. Without his daughter, the Duke falls into despair, and Aurora must fight to restore Lemuria's light in order to save him and the kingdom she left behind. On the way, she meets friends, make mistakes, and experience the pains - and joys - of growing up.

On its surface, Child of Light may seem as though it's aimed squarely at children, but hidden in its fantastical artwork and lilting dialogues is a story of resilience and growth. When Aurora first begins her journey in Lemuria, she can barely lift the sword gifted to her for protection, teetering any time she holds it aloft. Moreover, she accepts help from those who offer to join her party - even, at times, detouring from her own urgent quest to help them achieve their goals.

As they go through Aurora's story, players see her grow up - she holds the sword firmly, and she chooses not to betray her friends again at great personal expense. For every girl who dreams of being the shining hero instead of the damsel in distress, Aurora's story is a poignant reminder that it is a sign of strength to learn, change course, and accept help when it's needed - and even when it's not.

Kassandra was born into greatness. Her mother, Myrrine, was Spartan royalty, daughter of King Leonidas I. Her father, Nikolaos, was known as the Wolf of Sparta, a General of repute in the Spartan army and an unwavering belief in the city-state's laws. Despite being a girl, Kassandra was a fighter from a young age, trained in the art of combat, and even took part in the agoge - Sparta's youth-training program - until a priest at Delphi made a prophecy that threatened the life of her baby brother, Alexios. In an attempt to save him, Kassandra inadvertently pushed him and the priest attempting to sacrifice him to their apparent deaths, resulting in her exile from Sparta. She grew up to become a fierce mercenary whose odyssey through Ancient Greece leads her to uncover a dangerous cult, and put her in conflict with long-lost family.

Kassandra proves there is no barrier to achieving what you want in life - even if that goal is becoming a skilled Assassin. Her story takes place in a highly patriarchal society with notoriously strict gender roles, historically speaking, yet Kassandra's gender is never a barrier to her doing anything. She does what she does simply because that's who she is, fitting into a mercenary world because it's the most natural course of action for someone so strong and skilled. She is also a well-rounded character, with a mind as sharp as her spear and compassion for those who need it. Kassandra shows the gaming community what good female representation can be, and how gender doesn't need to factor into a narrative.

For a more in-depth look at Assassin's Creed Odyssey's hero, watch this interview with Kassandra voice actor Melissanthi Mahut. Those interested in how Ubisoft is supporting its women and non-binary employees can check out this interview with Hannah Wolf, who co-founded the Employee Resource Group (ERG) that serves these communities.