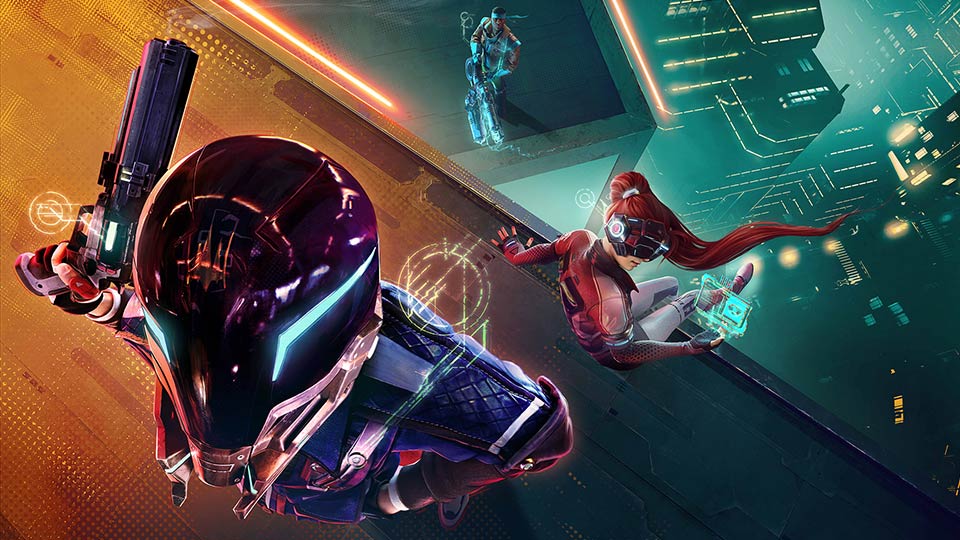 Starting today, Hyper Scape players on Xbox and PlayStation (regardless of generation) will be able to play matches together thanks to automatic console crossplay. Console players can also play with friends on PC, but a single PC player in a party will mean that the entire group will be placed in the PC matchmaking pool. The crossplay update comes hot on the heels of recent changes to Team Deathmatch Mode (beta), Arcadium free roam mode, and marketplace changes that were rolled out on December 10. Additionally, Hyper Scape is coming to the Epic Games Store starting December 17.

Today also marks the beginning of the Winter Festival in Hyper Scape. From now until December 29, players can battle it out across a snow-covered Neo-Arcadia and purchase festive, holiday-themed cosmetics. The aforementioned Team Deathmatch Mode update adds new challenges; a random map rotation between three maps; and a new score cap and time limit of 50 points and 12 minutes, respectively.

Hyper Scape is a fast-paced free-to-play multiplayer shooter available on PlayStation 5, Xbox Series X | S, PS4, Xbox One, and PC via Ubisoft Connect and the Epic Games Store. Play now and get $10 at the Ubisoft Store.