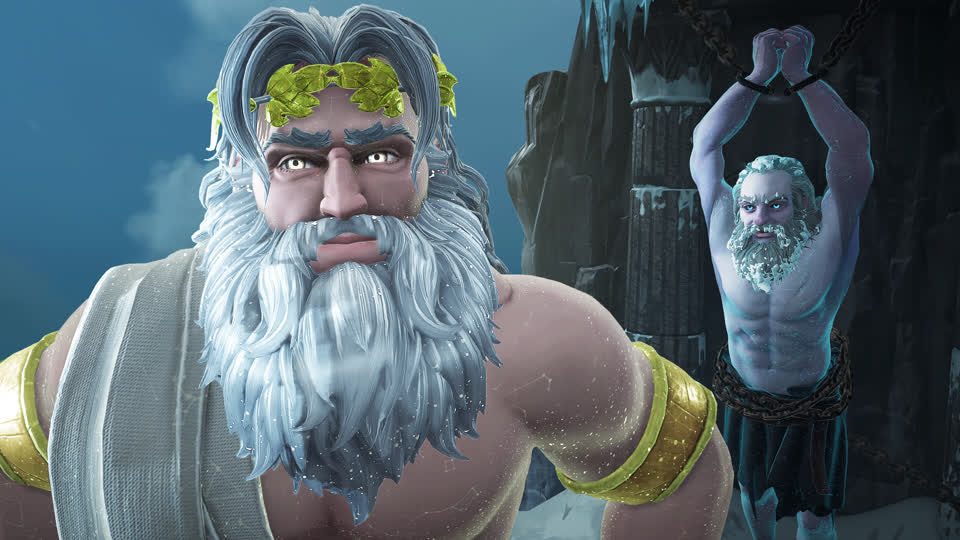 It’s April Fools’ Day, a time to spread laughter and good-natured fun. While many of Ubisoft’s games are serious in nature, they aren’t without their lighthearted moments. There’s something there for every sense of humor, be it sarcastic, pranking, or good-natured. Though far from a complete list, here are some of the funniest moments in Ubisoft games.

For The Prodigy world event, Eivor will find a musical Easter egg hidden in the Essex countryside. As they approach, they will hear a bishop and a musician arguing loudly. The musician, Keith, argues his band is ahead of its time, their music a needed boon for the community. The bishop stands firm in his claim that music is the devil breaking wind. If Eivor intervenes, they fight the bishop, and Keith will egg them on with pithy phrases like “punch the priest,” “clout the cleric,” and, of course, “smack my bishop” (a reference to a certain song by The Prodigy, the band to whom the world event is a tribute).

This game could have easily been called Ode to a Grecian Odd Couple, because that’s exactly what Zeus and Prometheus are. The two gods bicker their way through narrating Fenyx’s journey, coming off more like an old married couple than Olympian cousins. In the game’s opening moments, Prometheus is none too happy to see Zeus – after all, the god of lightning chained him to a rock and fed his liver to an eagle. Zeus’ response? “It was out of love!” This sets the tone for their banter throughout the game, which includes important commentary for Fenyx’s journey, such as the proper pronunciation for “Herakles,” observations about Fenyx’s ability to randomly stumble across legendary objects, and more. Be sure to keep an eye out for the fake ending, where every single credited role is Zeus himself.

In Far Cry Primal, players are whisked away to a prehistoric era, where they will encounter a strange bird named Urki. He’s not actually a bird; he’s a human, and, coincidentally, Hurk’s ancestor. Urki is known as a thinker, someone who pushes boundaries – and players can watch him carry out one of his experiments to an unsuccessful (but hilarious) end. See, Urki decides he wants to learn to fly like a bird, sending players off to gather two whole feathers to use as makeshift wings, as well as a turtle shell (to wear as a helmet, because safety). Seeing the caveman leap around with feathers clutched in his fists, flapping his arms all the while, is funny enough, but then Urki does a leap of faith, hoping to soar – and instead drops like a rock into a pile of hay. Fly Like Bird is a short sidequest, but certainly worth doing for anyone looking for a laugh in Far Cry Primal.

Deep in Oxenefordshire, the world event Nostalgia is actually quite heartfelt and bittersweet, but if players pay attention, they can get a good laugh, and even a prank idea. Eivor will come across an elderly, mostly blind man on his farm; he mistakes Eivor for his daughter Rose, and asks for their help moving some boxes. After, if players choose to listen to his story (and they should), he’ll dive into how he met Rose’s mother. When the two were young, the man and his soon-to-be-wife were caught, shall we say, in flagrante delicto by their lord, who immediately went to execute the man (who was still naked, he makes sure to note). Instead, Rose’s mother offered to bring the lord more milk than he could handle in exchange for their lives. (Seems like a fair trade, tbh.) The two lovers went off to milk the cow until it was spent and they had two buckets for the lord. After delivering them, instead of milking another cow, the pair went back and stole the still-full buckets, bringing them back to the lord and pretending they were brand new. They repeated this process until the lord was sated and they left, free to start a new life, have a daughter, and eventually end their days alone on a farm.

“Little lady, can I join you? My bags are already packed.
I’ve got to find my brother, and save our double… routine!”
- Rubella, Child of Light

Child of Light has many defining features, including that its entire script is written in rhyme. Every character speaks in lilting couplets, further immersing players in the fairy-tale adventure – every character, that is, except Rubella. A jester with hopes of joining the circus, Rubella is incapable of completing any rhyme scheme, choosing the wrong word even when it would be more natural to choose the right one (see above quote; how hard was it for her to find the word “act?”). It’s enough of a break from the game’s regular flow of dialogue to garner a laugh most of the time, a feeling increased by Igniculus’ annoyance at Rubella’s inability to complete a rhyme; he usually steps in at the end of her dialogue to give the right word. Plus, Rubella’s dialogue makes players feel smart, as their brains are (usually) able to fill in the rhyming word before Igniculus does.

A Most Cunning Fish (Assassin’s Creed Valhalla Dawn of Ragnarök)

In Assassin’s Creed Valhalla’s newest expansion, players can find this small world event in the northeast part of Svaladal. Odin comes across a small island in the middle of a lake, on which two dwarves fight about a guardian fish swimming in the lake, telling all the other fish not to bite or swim in their nets. Odin, no doubt eager for another tale to bring to Kára’s Domain, refuses to believe such havoc could be wrought by a mere fish – the guardian is surely a mighty beast, with razor-sharp teeth and strong tentacles. The dwarves insist it’s a mere fish, but Odin wades into the water, roaring for the lake guardian to face them in open combat. Nothing happens. Odin must defeat this foe like they would any other fish: with their bow and arrow, or with their fishing line. It’s a quick world event, but something about seeing a being of such cosmic hubris as Odin scream at fish in the water will make any player laugh.

We’ve already talked about Zeus and Prometheus, but then there’s Ares. Most would imagine the god of war as a fearsome creature, and on first glance, he is, appearing to Fenyx as a massive bear. However, when the fearsome creature gets distracted and wanders away, Ares’ true form is revealed: the famed warrior is a simple chicken, projecting his voice like the Wizard of Oz behind his curtain. Not only that, but he’s a major drama queen as well, practically begging Fenyx to dice up his pathetic, poultry self and bemoaning that his inadvertent squawking makes him a laughingstock on the battlefield. (In fairness, he’s not wrong.) His scenes as a chicken alone are enough reason to play through Immortals Fenyx Rising again (or for the first time, if you haven’t yet).

At the end of the Spooky Trails world, Mario and his Rabbid friends must face a chuckle-inducing boss wielding high C’s: the Phantom of the Bwahpera. This baroque Boo-Rabbid hybrid isn’t afraid to belt it out and roast Mario with his scathing lyrics. From the plumber’s iconic mustache to his relationship with Princess Peach, nothing is off-limits for the Phantom. The song is so powerful it can literally kill Mario and his party of Rabbids, so you’ll need to work quickly to steal the spotlight and end the Phantom’s bwahpera once and for all.

If you're interested in learning more about some of these games, check out the Assassin's Creed-inspired Echoes of History podcast, or this interview with Immortals Fenyx Rising's writer, who describes life on Olympus as living in a reality show.