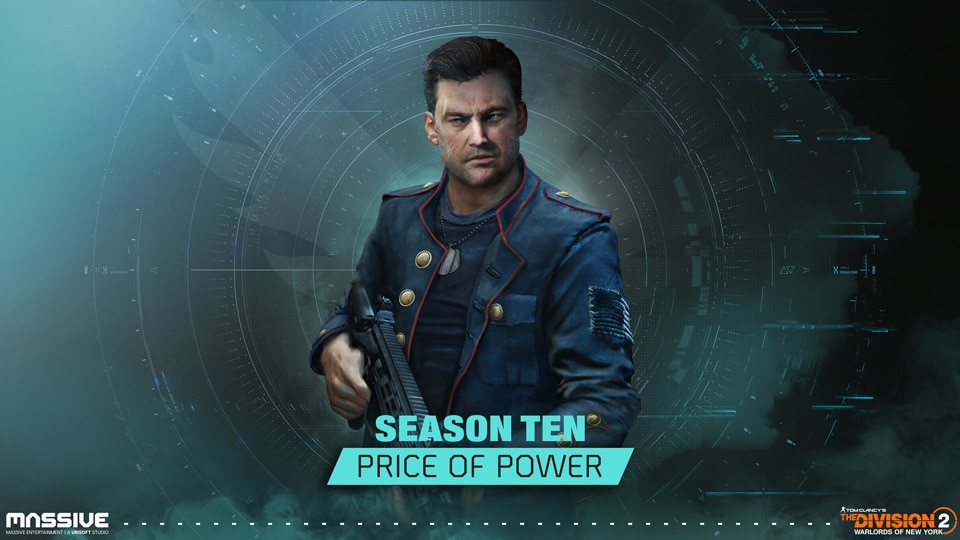 Price of Power is the name of Season 10 of The Division 2, and it’s available to play today across all platforms for players who own the Warlords of New York expansion or Ubisoft+ subscribers. It kicks off with a new Manhunt for General Peter Anderson, who has stepped in to take leadership of the True Sons in the wake of Antwon Ridgeway’s fall (you can thank Division Agents for that one). Anderson is working with a Black Tusk team to take down The Division, and players will have to go through them to get to him. Price of Power is also delivering Leagues (starting September 20) and Global Events (beginning September 27) that will bring challenging avenues for Agents to earn new gear and progress their Season 10 Pass.

Arriving alongside the new seasonal content are a host of updates that are free for all players as part of Title Update 16, including new difficulty levels for the cooperative eight-player Countdown mode, including Normal (can be played solo), Hard, Challenging (the original difficulty available at launch), and Heroic. Agents looking for new challenges can also take on the Tidal Basin and Manning National Zoo strongholds on new Legendary difficulty settings. A variety of new items have been added as well, including new exotic items: the Doctor Home rifle, the Busy Little Bee pistol, and the Bloody Knuckles gloves. 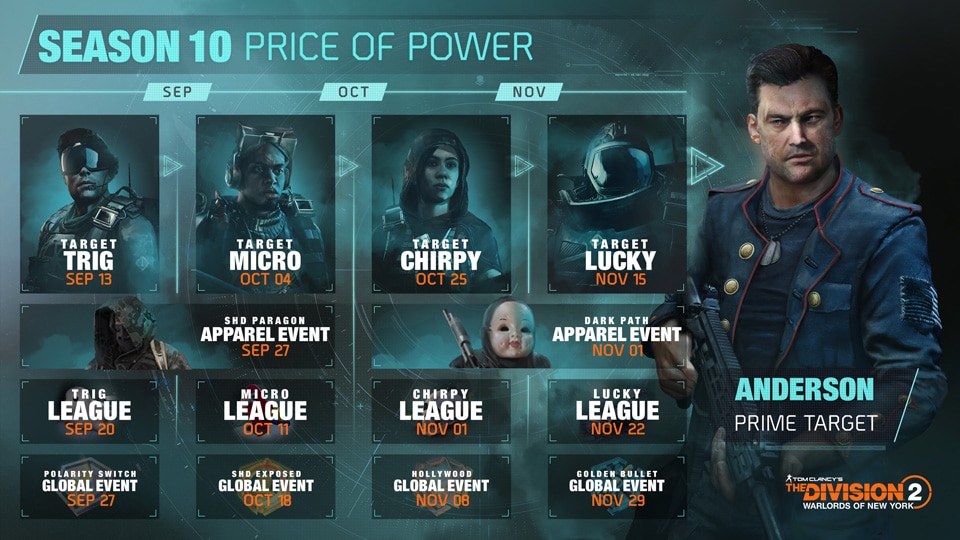 The Division 2 Warlords of New York is now available on Xbox One, Xbox Series X|S, PS4, PS5, PC, and Stadia, and is included in a Ubisoft+ subscription. Catch up on the latest news from Ubisoft Forward, including news on two upcoming games in the Division universe, The Division Heartland and The Division Resurgence.