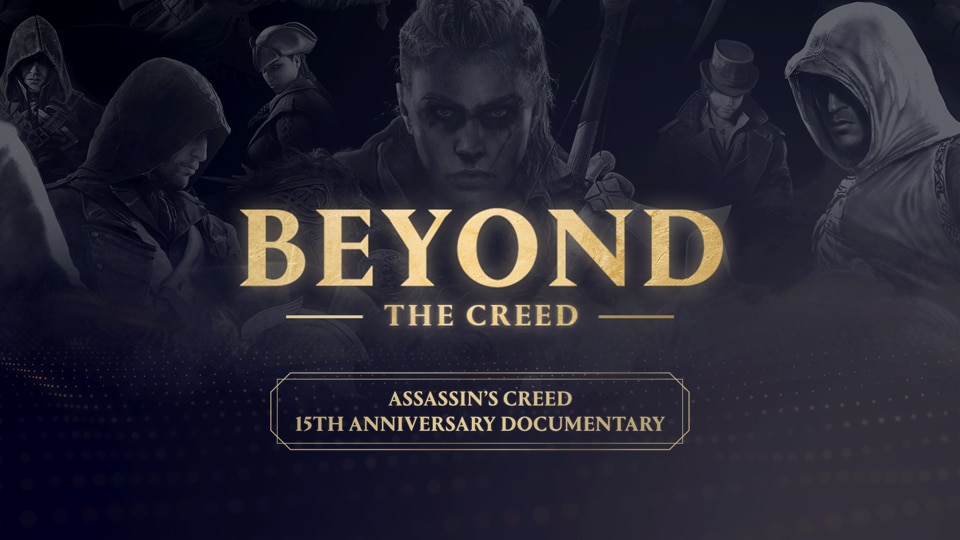 Assassin's Creed has always been about giving players the thrill of leaping into history and reliving pivotal moments of the past. It has been 15 years since Altaïr and the first Assassin's Creed game welcomed us to the Brotherhood, and we're celebrating this historic milestone all year long.

This special 15th Anniversary documentary revisits some of the saga's greatest moments. Its evolution has been shaped by countless people, from Ubisoft's studios, and our incredible community of players and content creators.

Innovative parkour movement and immersive storytelling are just some of the ingredients that set Assassin's Creed apart. Narrative Director Darby McDevitt and Creative Director Jean Guesdon recollect the evolution from the Renaissance era to the tales of Ancient Greece and Vikings enjoyed by millions of players today.

And the Assassin's Creed community has been just as vital in shaping its legacy. We hear about the passion of community members like Marco Chiacchiera and Claudio Canfora. Through their work, they have become ambassadors for an entire generation of fans.

Special thanks to all the contributors who appeared in this celebration of the franchise, including Jorraptor, Carole Quintaine, Jay-Ann Lopez, Jordan Erica Webber and Stephanie Ijoma.

Another great way to celebrate the 15th anniversary is to discover the future of the franchise, revealed in the Assassin's Creed showcase video on YouTube.