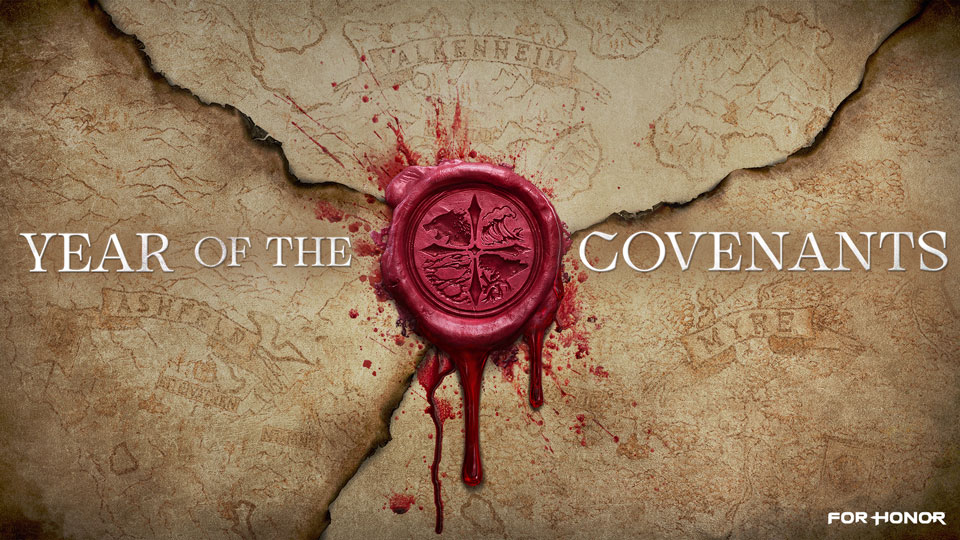 The battle between the greatest warriors rages on as For Honor celebrates its fourth anniversary with the arrival of its Year 5: Year of the Covenants, starting March 11. For Honor’s Year 5 content roadmap includes four themed seasons (each with their own Battle Pass), new in-game events, new customization items, and two new Heroes – one targeted for Year 5 Season 2, and the other for Year 5 Season 4.

Additionally, a crossover with Yacht Club Games’ Shovel Knight is now underway, with a variety of appropriately themed items including a Shovel Drop Emote, three Illustrious Outfits (each featuring Ornaments), Mood Effects, Symbols, and more. The Shovel Drop Emote is available for 10,000 Steel, while Outfits will be available for 15,000 to 20,000 Steel each. All items are available via the in-game store until March 4.

For Honor is currently available on PS4, Xbox One, and PC, is included in a Ubisoft+ subscription, and is playable on PS5 and Xbox Series X|S via backwards compatibility. For more on the latest updates, visit our For Honor news hub.