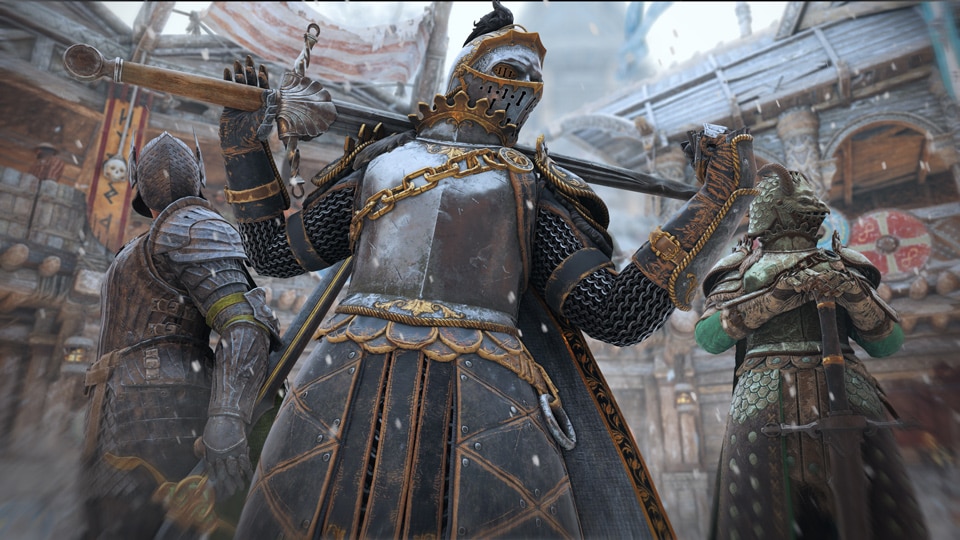 For Honor’s newest Hero, the Warmonger, debuts today as part of Year 4, Season 2. Wielding a two-handed flamberge sword, the Warmonger seeks to follow in Apollyon’s footsteps, claim the mantle of leadership in Heathmoor, and begin a new Age of Tyranny. To herald her arrival, For Honor is also offering players a Free Event Pass, which will offer 35 tiers of reward progression between now and August 27.

The Warmonger is available for purchase starting today from the PlayStation Store, Microsoft Store, Uplay, Steam, and Epic Games Store as part of a package that also includes an exclusive Ornament, an Elite Outfit, and seven days of Champion Status. Beginning August 20, players can purchase the bundle in-game for 15,000 Steel. The Warmonger’s arrival also coincides with a major update to For Honor’s core combat mechanics, which aims to improve consistency and enhance the viability of offense for all Heroes across the board.

For Honor is available now on PS4, Xbox One, and PC including UPLAY+. For more on the game, check out our previous coverage.