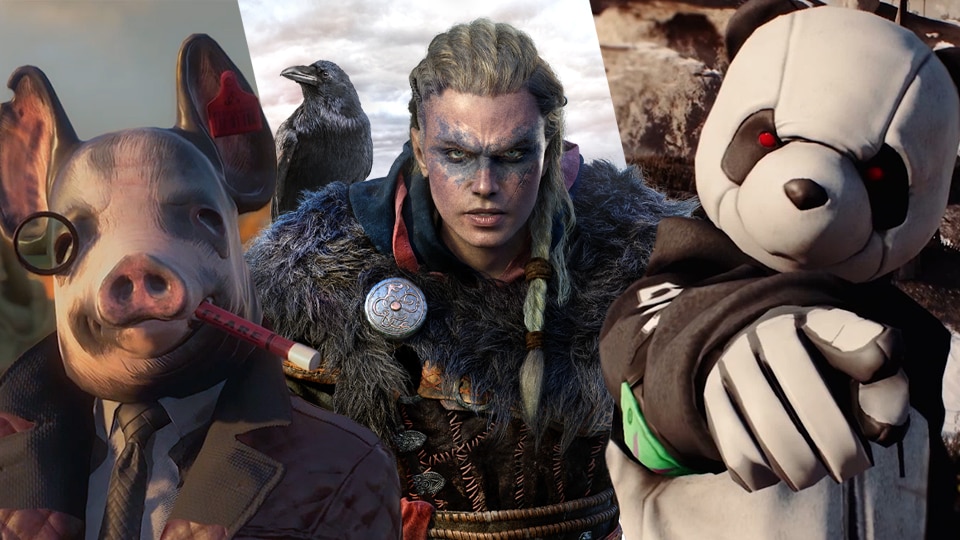 From an epic mythological journey in Immortals Fenyx Rising to new free-to-play multiplayer shooter Hyper Scape, as well as brand new entries in the beloved Assassin’s Creed and Watch Dogs series, Ubisoft has released a range of exciting new titles over the last several months, no matter what kind of game you’re after!

Here’s a recap of our latest games and a preview of some of the new titles you can expect later this year.

Trackmania gives fans and newcomers alike an opportunity to race their way to glory in solo or online multiplayer modes on PC. The action unfolds across a regularly updated selection of tracks, as well as user-created tracks. Find out more.

Assassin’s Creed Valhalla takes the series to ninth-century Norway and England, allowing you to build your own Viking legend as Eivor, a mighty Viking raider. Explore a beautiful, mysterious open world where you'll face brutal enemies, raid fortresses, build your clan's new settlement, and forge alliances to win glory and earn a place in Valhalla. Find out more.

Just Dance 2021 is the ultimate dance game, with 40 hot new tracks from chart-topping hits like "Rain On Me" by Lady Gaga & Ariana Grande, "Adore You" by Harry Styles, "Ice Cream" by BLACKPINK & Selena Gomez and more. Start a dance party your friends and family can enjoy! Find out more.

Immortals Fenyx Rising sets players on a quest to save the gods of Olympos from the deadly titan Typhon. The game is a whimsical romp through Greek mythology, following the story of plucky hero-to-be Fenyx (as narrated by the stoic Prometheus to the wise-cracking Zeus). Soar through the skies of the Golden Isles, solve puzzles, and fight to become a true hero. Find out more.

Scott Pilgrim vs The World: The Game – Complete Edition, originally released in 2010 and out now in a new and complete digital edition including all of the extra content from the original game, draws inspiration from the Scott Pilgrim graphic novels to create a hectic 2D brawler for up to four players. The game features a soundtrack by Anamanaguchi, pixel-art animations by Paul Robertson, and cutscenes by series creator Bryan Lee O’Malley. Find out more.

Far Cry 6, announced during Ubisoft Forward in July 2020, will feature Emmy Award Nominee Giancarlo Esposito (“Better Call Saul,” “The Boys,” “The Mandalorian”) as President Antón Castillo, the violent leader who grips the island of Yara with an iron fist, promising a return to its former glory. With an arsenal of weapons and allies at your back, you’ll take on Castillo’s regime and fight for the future of Yara. Find out more.

Riders Republic is an upcoming massive multiplayer playground announced during Ubisoft Forward in September 2020. Get the adrenaline pumping with bikes, skis, snowboards, wingsuits, and rocket wingsuits in some of the great national parks of the United States as you build your career or join your friends in multiplayer activities. Find out more.

Roller Champions is an upcoming free-to-play sports game featuring fast-paced gameplay and character customization. Skate into the arena, glide from wall-to-wall to dodge opponents or tackle them through the air to build your sports legacy and become a champion! Find out more.

Stay tuned to Ubisoft News for all the latest information and updates on our current games and upcoming releases!