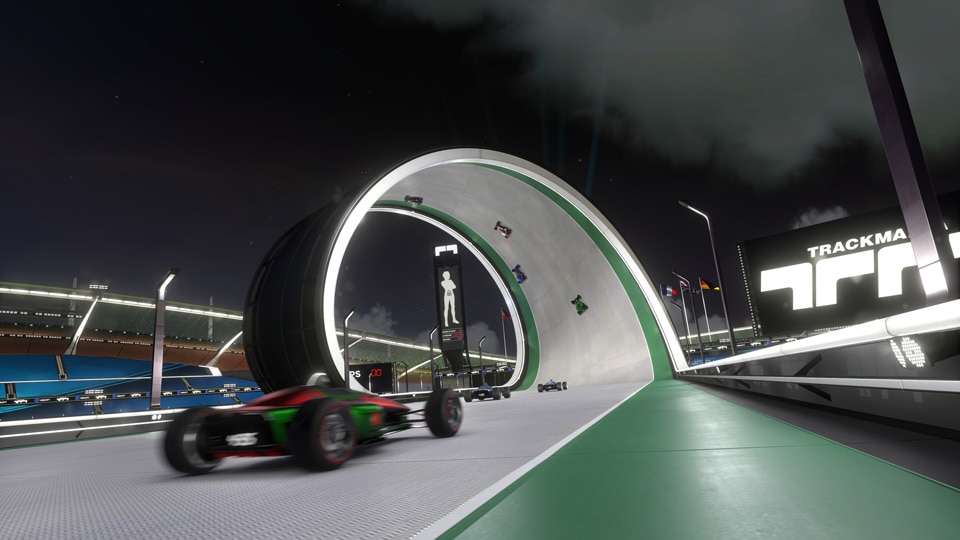 Trackmania, the upcoming remake of 2006’s Trackmania Nations, is about much more than getting from each track’s starting line to its finish as quickly as possible. It’s about the chaos in between – the impossible jumps, the missed turns that send your car flying into the stands, the driving upside-down while dodging obstacles and still managing to beat your best time. Beneath Trackmania’s colorful presentation, short-form tracks, and pick-up-and-play design is an experience that has more in common with Trials Rising than The Crew 2. And while its oddball, gravity-defying approach to racing is immediately fun and easy to learn, it’ll take dedication to master each track and drive away with the gold when Trackmania launches on July 1. 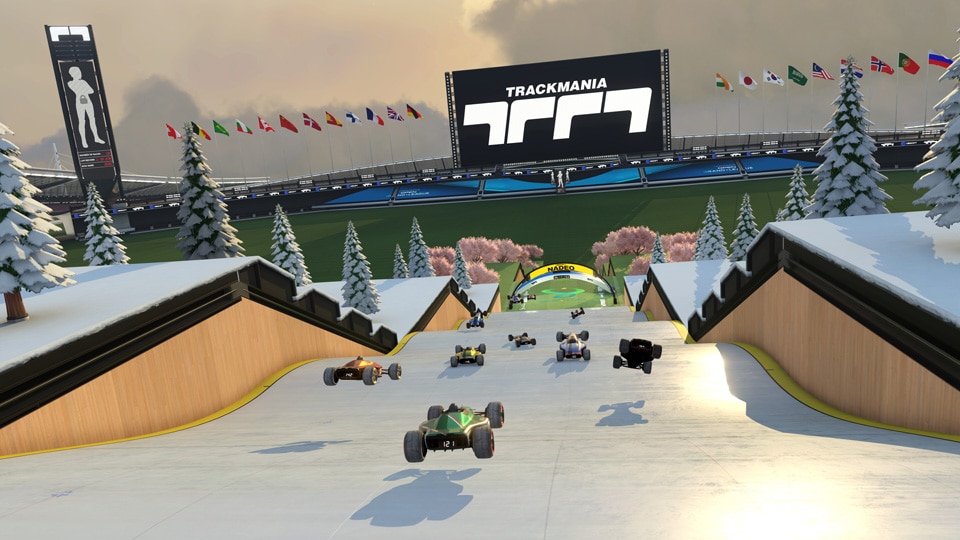 Trackmania rewards players for crossing the finish line as quickly as possible, but each track feels like a distinct puzzle in which control and balance are just as important as speed. You’re always in a variation of the same zippy, F1-style racer (with a big speedometer helpfully displayed on its rear panel), and its handling can change quickly and dramatically depending on your surroundings. Beyond the standard white-asphalt tracks, you’ll need to contend with stretches of slippery dirt, tire-freezing ice, and even rounded speedways that can slow you down or make you lose control if you drift too far toward either side.

Obstacles can turn racetracks into high-speed slaloms, and special pads set into the road can speed you up, slow you down, temporarily cut your engine, or even give your car jets that let it fly. Your car’s physics are an important consideration as well; hitting a slope too fast might send you cartwheeling off the track, and one of the first big challenges you’ll face involves finding the right momentum and angle to launch your car between two huge, parallel, completely vertical ramps. Fortunately, if you slip up or even take a wrong turn, you can instantly reset the track – and the timer – with the touch of a button. 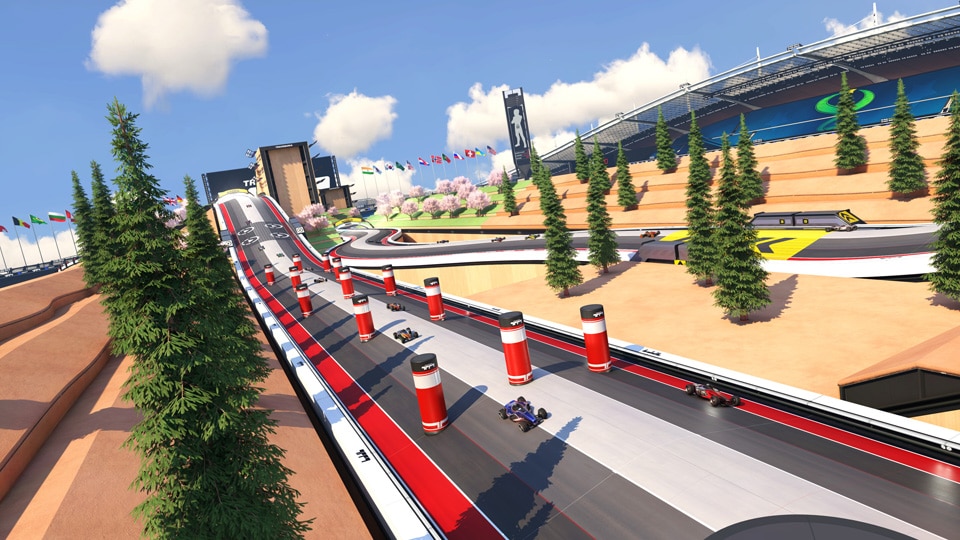 At launch, Trackmania will feature 25 official campaign tracks, which can be played in solo or multiplayer races – and that’s only the beginning. Not only will the campaign update quarterly, but endless community-created tracks will be available via the Arcade Channel, and players who purchase Standard Access or Club Access to Trackmania will also get full access to the track editor, enabling them to craft their own dizzying challenges and share them with other players.

Trackmania arrives on July 1 for PC via Uplay and Epic Games Store. For more on the game – including an interview with Ubisoft Nadeo Managing Director Florent “Hylis” Castelnerac – check out our previous coverage.