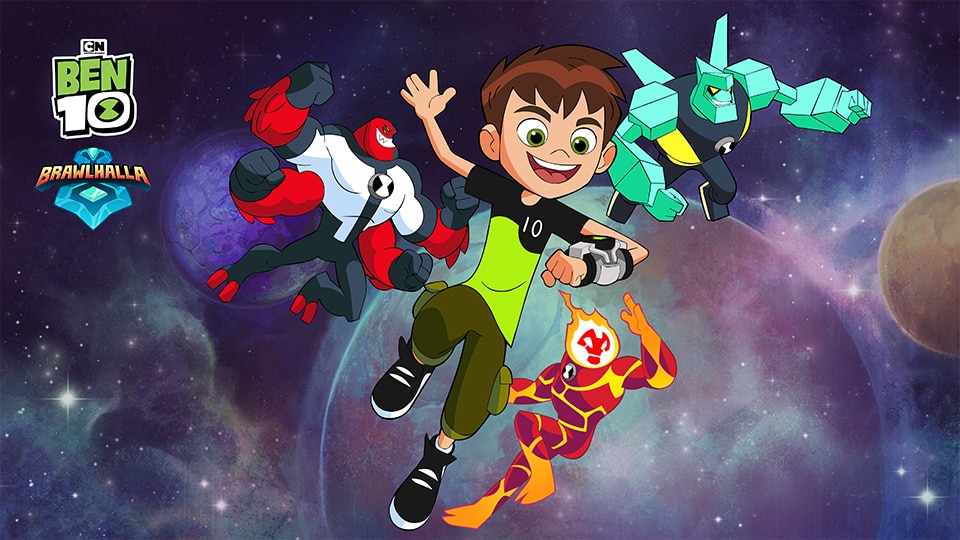 “Ben 10” is bringing his powers of transformation to the arenas of Brawlhalla. In a special in-game event inspired by the Cartoon Network franchise, three Epic Crossovers representing three of Ben’s alien forms — Diamondhead, Four Arms, and Heatblast — are now available for 300 Mammoth coins each from Mallhalla, the in-game store. The event also brings a new mode, called Morph, which takes place on a new map, Galvan Prime. An Omnitrix podium and KO effect featuring Vilgax are also available as part of this extraterrestrial extravaganza, which rewards bonus daily login gold.

The three Epic Crossovers are as follows:

Morph is a 3-stock battle mode in which players choose three Legends, and one accompanying weapon per Legend, from the character-select screen. Once the fight commences, players can switch between Legends by pressing the throw button. Weapons are always equipped, and cannot be thrown or picked up. And, of course, Morph matches take place on the new Galvan Prime map.

All “Ben 10” Epic Crossovers and items will remain available in Mallhalla after the event concludes. To get a taste of the frantic, fun action of Brawlhalla, watch the Mythic Quest: Raven’s Banquet cast play some heated matches, and check out our Brawlhalla news hub for more.