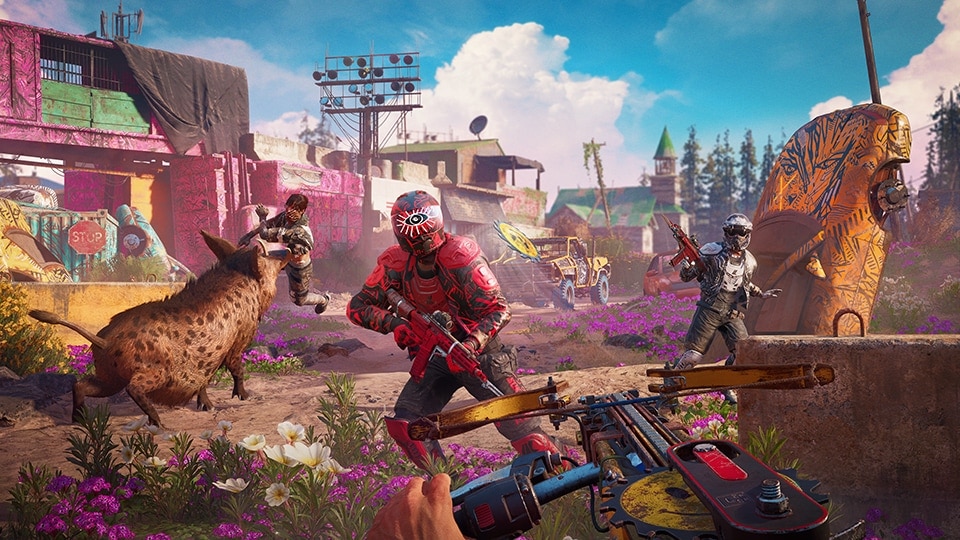 Far Cry New Dawn launches on February 15, and throws players into a vibrant post-apocalyptic setting where power (and ethanol) is the only currency that counts. If you're looking to earn a powerful in-game weapon to help you fight back against the oppressive Highwaymen, then you're in luck. As part of the Twitch Drops program, Ubisoft players who have linked their Twitch and Ubisoft accounts can tune into select Far Cry New Dawn livestreams to earn a special Rank II weapon, the Space Force Vector .45 ACP. From February 13 at 9:00AM PST until February 18 at 9:00AM PST, the Twitch channels listed below will be streaming Far Cry New Dawn; simply watch one of these streams for 30 minutes, and you'll unlock the Space Force Vector in-game.

Players can tune into any of the following partnered streamers while they're playing Far Cry New Dawn, to unlock the in-game reward. Below is a complete list of all US channels offering Twitch Drops:

You can link your Ubisoft and Twitch accounts here. Rewards will be automatically added to your linked Ubisoft account on PS4, Xbox One, or PC. Even if you don't yet own Far Cry New Dawn, you'll be eligible to earn the reward so that when you do finally venture into superbloom-covered Hope County, you'll have a special weapon waiting for you. For more on Far Cry New Dawn, check out our previous coverage.