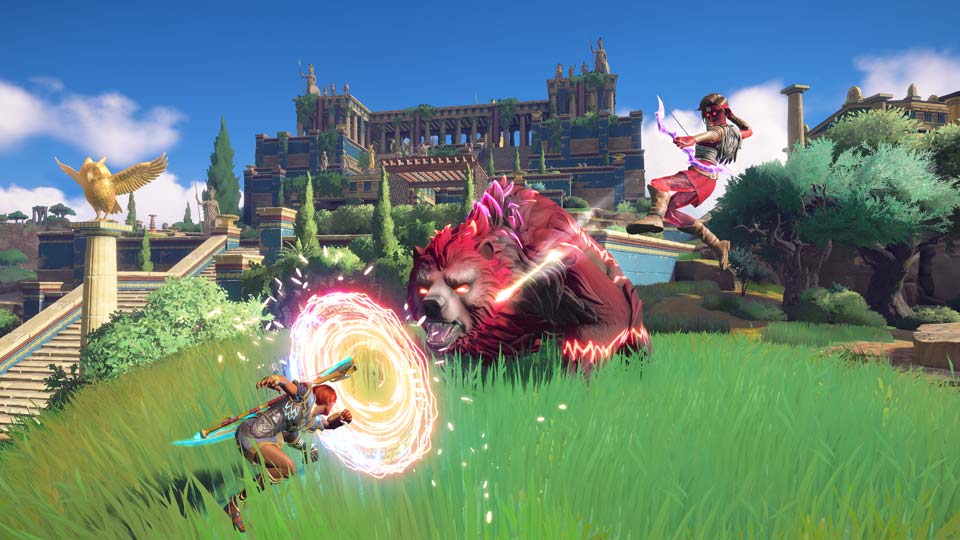 Immortals Fenyx Rising launches today, opening the Golden Isle for exploration on Stadia, PS5, PS4, Xbox Series X | S, Xbox One, Switch, PC, and Amazon Luna. Setting players on a quest to save the gods of Olympos from the deadly titan Typhon, Immortals Fenyx Rising is a whimsical romp through Greek mythology, following the story of plucky hero-to-be Fenyx (as narrated by the stoic Prometheus to the wise-cracking Zeus).

Fenyx’s adventure unfolds across the Golden Isle, an open world divided into distinctive lands patterned after different Greek gods. And from the verdant meadows of Aphrodite’s Valley of Eternal Spring to the rocky cliffs of Hephaistos’ Forgelands, each region is filled with gorgons, harpies, minotaurs, and other mythological enemies to battle, giving players ample opportunity to launch into aerial sword-and-axe combos and rapidly switch strategies to exploit each monster’s weaknesses. Fenyx will also encounter towering monsters like cyclopes and hekatonchires, who are more easily felled if you use Fenyx’s godly abilities to smash them with a colossal hammer, steer mid-flight arrows into their faces, or bombard them with explosive attacks from Fenyx’s fiery bird companion, Phosphor.

In addition to Fenyx’s quest to save the gods, the Golden Isle is also packed with bite-sized activities and environmental puzzles to pursue, all of which yield rewards that are essential to Fenyx’s progression. Wander in any direction and you’re likely to find anything from a mysterious cave hiding a treasure to a navigation challenge that pushes you to run, climb, and glide to a goal before the timer runs out. Then there are the Vaults of Tartaros, ethereal, trap-filled dungeons that range from bite-sized puzzles and combat challenges to multi-stage labyrinths that hide the divine essences of the gods themselves. 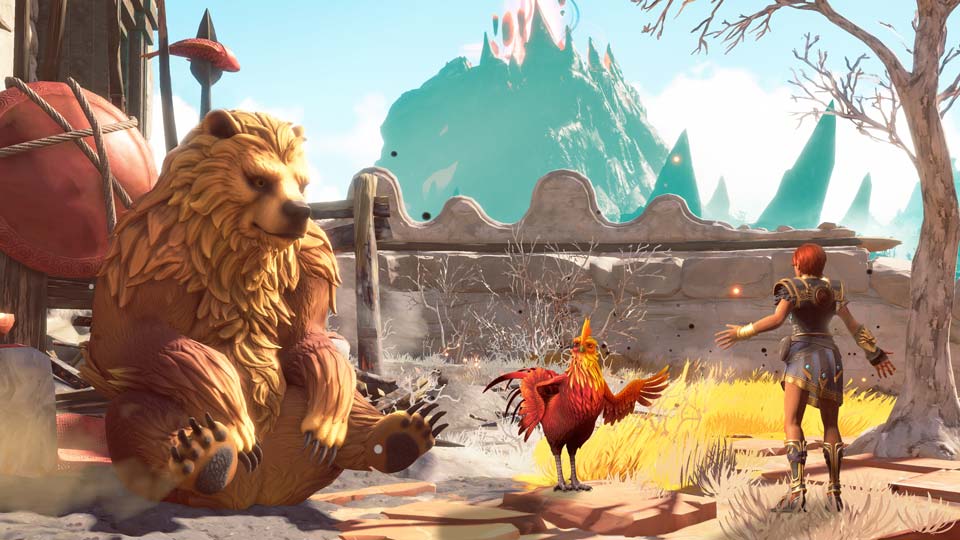 Grabbing Immortals Fenyx Rising on PS4 or Xbox One will also let you upgrade to the next-gen versions of the game at no extra cost, where you’ll be able to take advantage of faster load times, better graphical performance (with the option to emphasize high framerates or graphical detail), and – in the case of the PS5 – DualSense haptics that offer enhanced feedback when surveying the landscape or drawing back Fenyx’s bow. Thanks to cross-platform progression, you’ll also be able to import your saves between platforms – from PS5 to Switch to PC, for example – and keep playing from where you left off.

Immortals Fenyx Rising is out now on Stadia, PS5, PS4, Xbox Series X | S, Xbox One, Switch, PC, and Amazon Luna. For more on the game, check out our previous coverage.