This year, the Just Dance team is back with 40 brand-new tracks to dance to with your family and your friends, bringing back many exciting features and introducing new coaches. The Ubisoft News team went behind the scenes of the “Blinding Lights” map, meeting with the teams that designed the costumes as well as with coach Angelina Bruno, the hip-hop dancer who rocked a cyberpunk-styled arm prosthetic for this song. 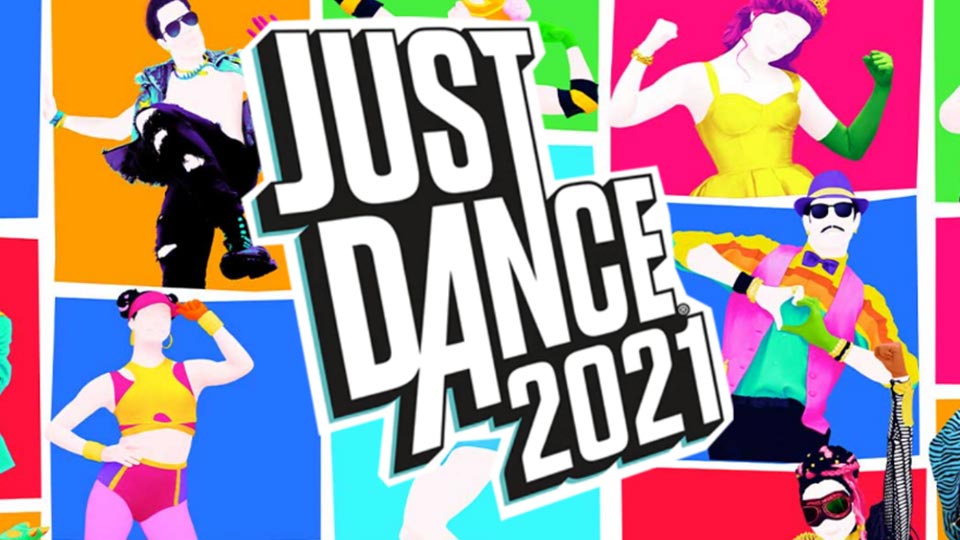 Sarrah El-Meddeb, Costume Manager for the Just Dance franchise, leads a team based in Paris and Shanghai who are responsible for the creation, design, and production of all costumes for the game.

“Typically, the creative team starts with the songs. We have brainstorming sessions after listening to them to try to figure out how to translate visually the feelings we had, to create a unique universe, an atmosphere, a dancing style,” she explained. “When everyone is aligned on this, we then propose designs and ideas for costumes, going from materials to colors to textures.”

As soon as all details are set and everything has been validated, El-Meddeb’s team starts the fitting sessions with dancers, and thoroughly tests the costumes in the studios to make sure that they will work well with the camera, visual elements, background, and other components.

El-Meddeb wanted to talk to us about one of her favorite maps to work on for this year’s edition of Just Dance: “Blinding Lights” by The Weeknd. It allowed her to work on themes she had wanted to develop for some time, like body extensions, a strong model of female empowerment, and a post-apocalyptic setting. 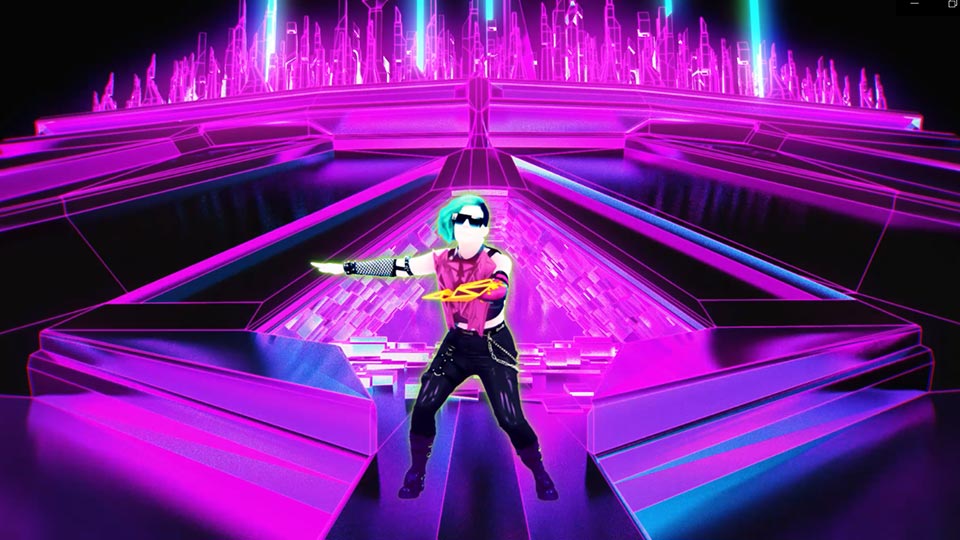 The dancer featured on this track is Angelina Bruno, a Belgian hip-hop dancer who had her right forearm amputated when she was 17. “I came to dance after my accident, and it was really hard at first, because I had to get used to having a completely different balance,” she said. “But I loved dancing so much that I stuck with it and made a career out of it.” She became one of the dancers for French rapper Black M’s tour, and became an inspiring icon for many disabled dancers around the world.

“For ‘Blinding Lights,’ the creative team quickly agreed that we should work on creating a post-apocalyptic atmosphere and have a cyberpunk-styled costume,” El-Meddeb said. She had wanted to work with body extensions for a while, so creating a costume that included a prosthesis was a perfect opportunity and fit right in with the cyberpunk atmosphere. “I was interested in exploring different paths in terms of creating a costume, but what mattered most to me was creating a character that had a life of its own,” she added.

You can watch the “Blinding Lights” map, with special thanks to Concept Artist Maureen Gaucher and Video Artist Jérôme Jomie:

Bruno went through the entire casting process so that everyone in the creative team would have a chance to see her.

“She blew our minds, and it really cemented our will to work with her,” El-Meddeb told us. “She has a really positive approach to her life, she’s a role model to many kids, and being able to push this kind of message on Just Dance is amazing.”

Bruno admitted that she hadn’t thought Just Dance would even work for her. “I didn’t know the game, and I would never even have thought of playing it, because I thought you needed both hands for that,” she told us. “When I got the chance to learn more about the game, I fell in love with its values, because it includes a diverse cast and it all feels very normal!”

Creating a Cyberpunk Vibe With a Costume

Anouk Wipprecht is a “FashionTech” designer from the Netherlands who creates tech-enhanced fashion designs. When the Just Dance team decided to have a futuristic costume with a prosthetic arm for Bruno, they went looking for her expertise. 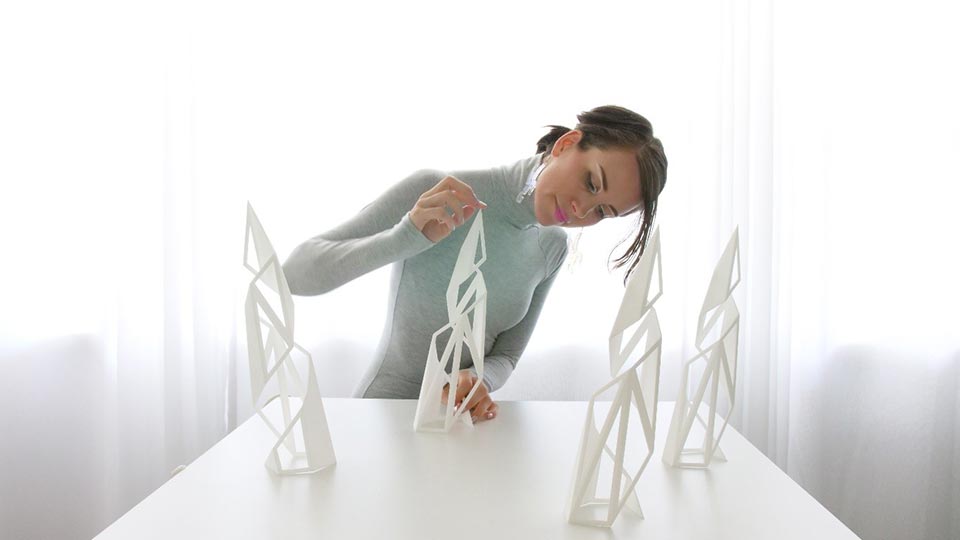 The creation process was complicated by the COVID-19 crisis. “The first step in the process was to get a scan of Angelina’s residual limb, so she had to do a body scan in Belgium, and they sent me the data in Miami, where I live. We had several back-and-forth discussions to make everything work,” Wipprecht told us.

With the data set from the body scan, Wipprecht was able to 3D-print the socket and start working on the design for the prosthetic arm. She used selective laser sintering for the printing, a technique that allowed her to make the design as lightweight as possible.

The project was a challenge for Wipprecht: although she had already designed legs for “Bionic Pop Artist” Viktoria Modesta, it was the first time she worked on a prosthetic arm. “She’s also more used to working on haute couture clothes, so delivering props for Just Dance was something totally new for her,” El-Meddeb explained. Wipprecht thus had to adapt to Just Dance’s own constraints and opportunities, helped by El-Meddeb’s team to figure out which textures or colors she had to use to have the best in-game look. 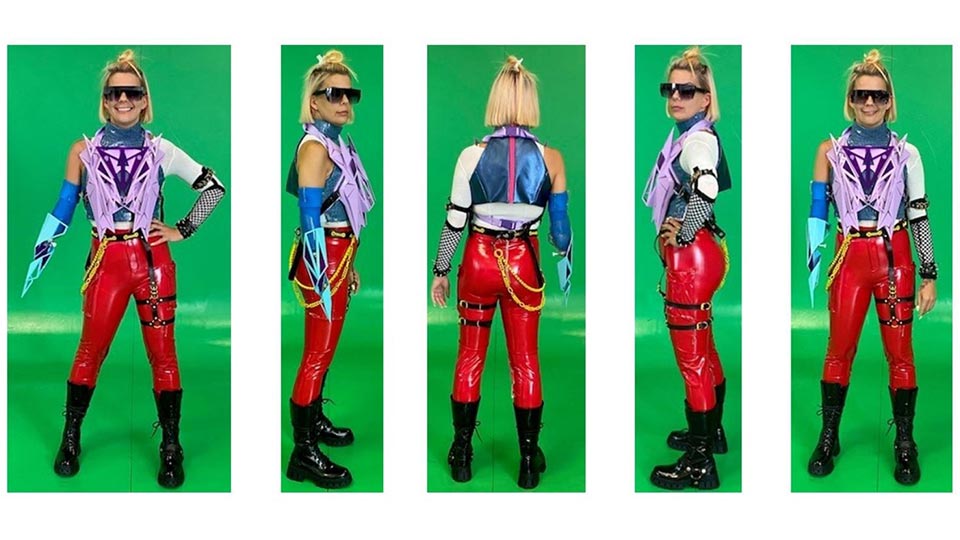 *“In terms of creativity and technique, it was a bit different from what I usually do,” Wipprecht confirmed. “First, we had to combine 3D printing and the body. Then I had to work on the colors: due to the shooting conditions with the green screen and CGI, some had to be avoided entirely, but it still needed to be as colorful as possible! For me it was a new and amazing experience.”

“In the end, we made the radical choice to go with Anouk’s most impacting elements, the plastron and prosthetic arm, and modify her proposal for a dress to match the visual atmosphere we were building for ‘Blinding Lights,’” El-Meddeb told us.*

“In the past few years, we have been working hard on bringing more diversity into Just Dance,” El-Meddeb explained. Although the character style helps players identify with the dancers, it can also erase diversity. “To help with that, we are committed to having a strong and diverse cast of dancers who have bodies of all shapes, to better represent our players and make sure they feel like they belong to the world of Just Dance,” El-Meddeb told us.

“That’s why working with Angelina was so great, it was the first time that we had a dancer with an amputated limb, and we could feel her positive energy and attitude in her dance. We wanted someone who embodied female empowerment and she was the perfect dancer for that,” she added.

Wipprecht also appreciated working on a project that would enhance public awareness of disabilities issues and promote social change. “Angelina is a role mode who inspires a lot of kids and grownups with her performances, and having her as a coach in Just Dance really shows to the world that everyone can embrace their different body features and be rock stars like her!” 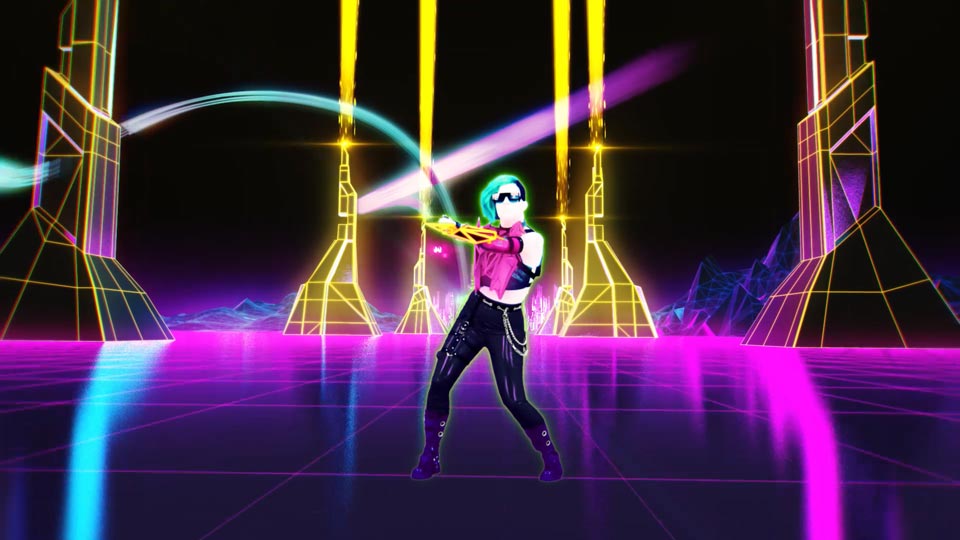 That’s also what Bruno loved about the game. She told us that it made her think of the kids “who will see someone who looks like them dancing in a very popular video game. I hope it makes them realize that they can be anything they want!” For her, featuring a diverse cast of dancers in Just Dance is a great step in the right direction: “It’s really important that we portray disabilities as normal things, because it is. Life happens,” she explained. “We have to dare to be ourselves. After all, we are all different, we each have our own particularities.”