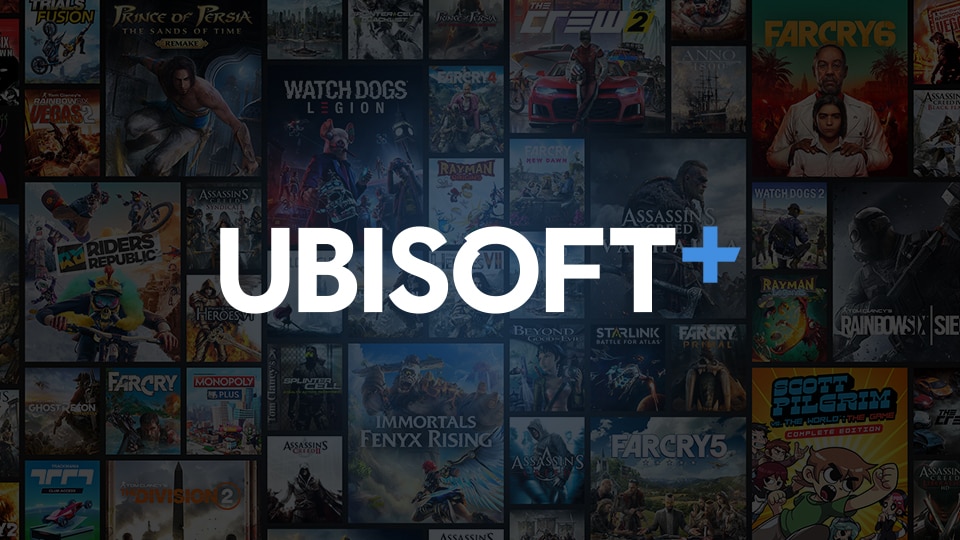 With the holiday season looking a little different this year, you may have to rethink how you can accomplish everything you want to do to make the season feel special. While Ubisoft+ certainly won’t be the answer to all of your holiday goals, it can help with a surprising amount of them! The monthly subscription service gives you access to over 100 games on PC, many of them premium* editions that include DLC and other extra content, and for subscribers in the US, Ubisoft+ is also available on Amazon Luna and Stadia. The full list of Ubisoft+ games features the latest releases, biggest franchises, and cult-est classics, and whether it’s bonding with friends and family or getting your mind to a place of calm and serenity, here are some of our suggestions for accomplishing your holiday goals through gaming. 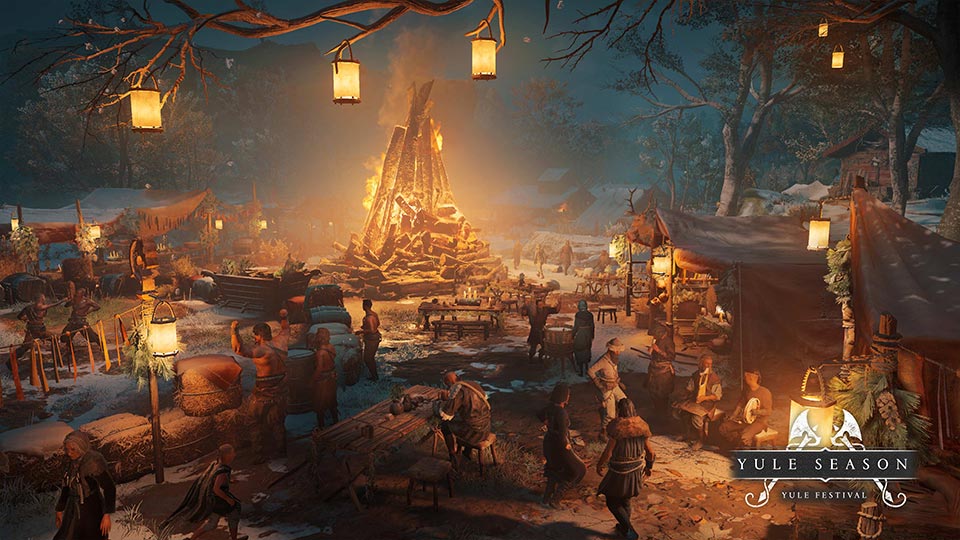 How it helps: While communities around the world are adapting their celebrations this year, there’s one settlement where the party is already in full swing, and you can visit anytime: Ravensthorpe! Assassin’s Creed Valhalla’s seasonal Yule Festival has transformed a section of the humble hamlet into a wintery wonderland, with special activities to enjoy and festive rewards to earn. Even intrepid heroes like Eivor need a break from the open-world exploration, diplomatic maneuvering, and brutal combat once in a while, so take some time to kick it with your clan and toast to your victories. Plus, trudging through a snow-filled forest beneath the lofty alpine peaks of Norway is a great way to clear your head after having more than your fill of 2020. 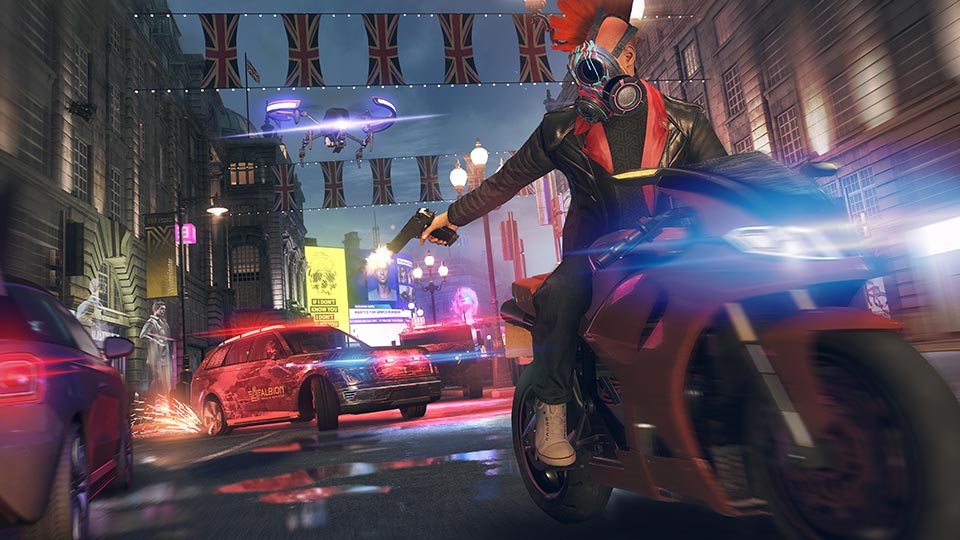 How it helps: Holidays are a time often spent caring about loved ones, but they’re also a great time to think about your neighbors and your community. Gain a new appreciation for the folks working hard to help make the holidays happen by taking on delivery side jobs with Parcel Fox in Watch Dogs: Legion. With locations all around near-future London, the shipping company usually has packages going in pretty much any direction, and they’ll even highlight deliveries close to your next quest objective. Be warned that some of the packages might be fragile, requiring you to drive more deftly, or be flagged by the police, necessitating some evasive maneuvers. It’s a great way to encourage yourself to take new vehicle for a spin, challenge yourself to find alternate routes, and earn some extra ETO for holiday gifts for your whole DedSec crew. And the next time you get a package delivered in real life, you’ll can deliver an even heartier “thank you” to the intrepid soul who brought it you. 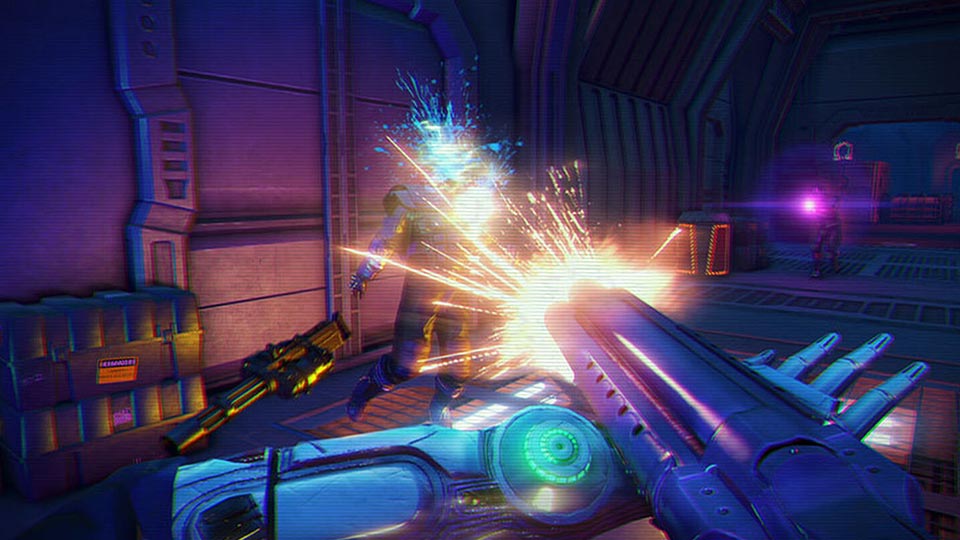 How it helps: Let’s face it, this year has been a lot to deal with. You need to blow off some steam, and becoming the hard-bitten, take-no-prisoners cyber commando of your neon-soaked 1980s sci-fi dreams is the perfect way to do it. Wielding the explosive arsenal and gruff one-liners of Rex Power Colt, you take on cyber soldiers and towering blood dragons that shoot fire from their eyes in your quest to… really just destroy anything that stands in your way. Slice through your enemies with a laser-bladed katana, cut out their robo-hearts, and use them for bait. Now THAT’S a happy holiday! 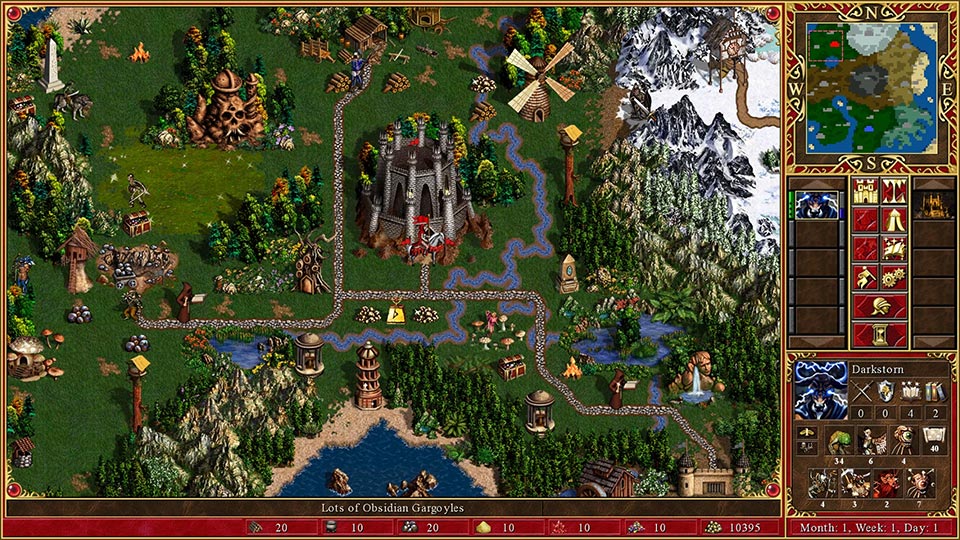 (Note: Look, there are a total of seven HOMM games on Ubisoft+, but I picked this one because it’s the one my friends and I stayed up all night playing many years ago and I’m feeling nostalgic. We always played as de facto allies, but you might eventually have to turn against your family members in your quest for dominion. Heck, it’s the holidays; you might end up butting heads at any point anyway, so if you want to get straight to beefin’…) 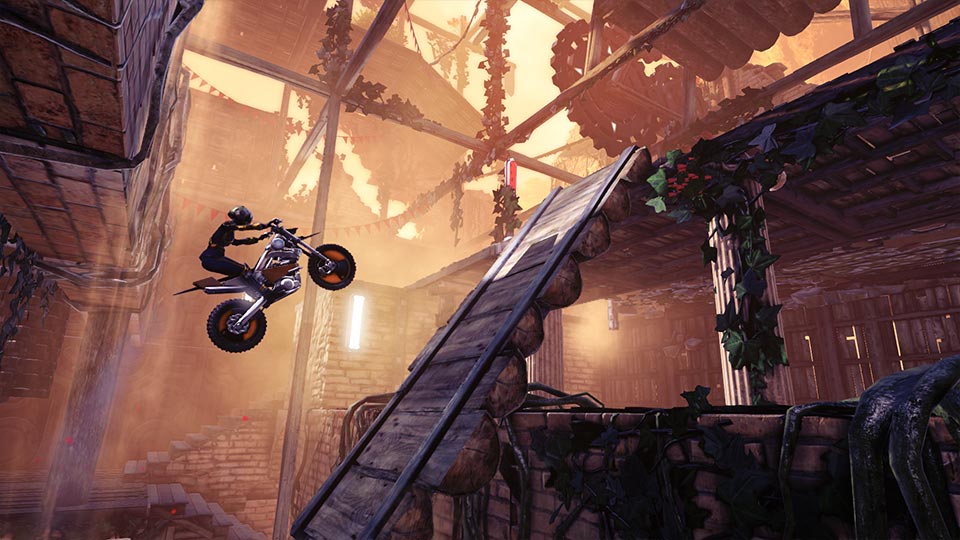 How it helps: When you’re cooped up with the same people for an extended period of time, there’s bound to be a little friction. Release that friction by absolutely never hitting the brakes as you compete to be the fastest racer under your roof in Trials Fusion: The Awesome Max Edition (honestly though, braking is important on some levels). Channeling your frustrations through a hapless motorcycle rider that you launch down perilous courses at high speeds is cathartic, and striving to find the fastest path through a main-game-and-six-DLC-packs’ worth of clever levels is bound to unite the clan as you share tips and jockey for the top spot on the family leaderboard. How it helps: While you may not be meeting up in person for a New Year’s Eve bacchanal with your buddies from back in the day this year, there’s no reason you can’t take the festivities online to 18th-century Paris. Now THAT’S a city that knew how to party, if by “party” you mean “take to the streets to throw off the oppressive shackles of the ruling class,” which we obviously do. Join with up to three friends to stalk the streets of the Marais and take on daring heists guarded by far too many foes for one Assassin to handle. The streets and rooftops of Paris are your playground as you plan your infiltration, pick complementary loadouts (dibs on the axe), watch each other’s backs, and coordinate stealthy takedowns. The less you get seen, the more you’ll get paid, which will set you up nicely to pursue Arno’s quest to uncover the sinister machinations masked by the revolution. But the real profit will be the friendships you make along the way. 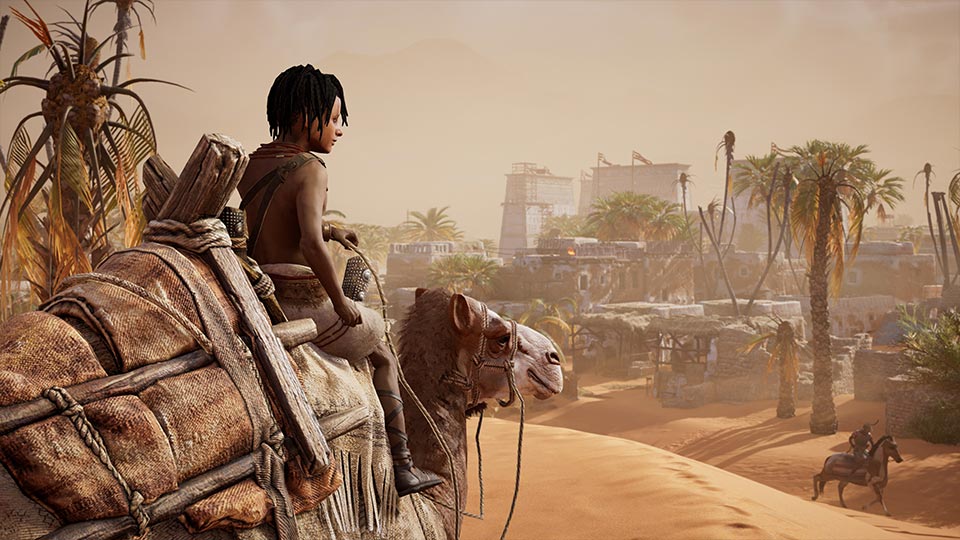 How it helps: If mythology or ancient civilizations are in your coursework next semester, you’ll be ahead of the game if you spend time in ancient Egypt. And if not, you’ll nevertheless be much better prepared to hold court in your Zoom calls after following in the footsteps of Socrates for a while. That guy can TALK, let me tell you. In the Discovery Tour games, the entire open worlds of Assassin’s Creed Origins and Assassin’s Creed Odyssey are yours to explore free of any combat or narrative quests. Tours offer a wide array of fascinating insights into the lives and customs of ancient Egyptians and Grecians, and as a bonus, it’s a great way to get family members who aren’t big on hidden blades (or who aren’t M for Mature) interested in watching you play. 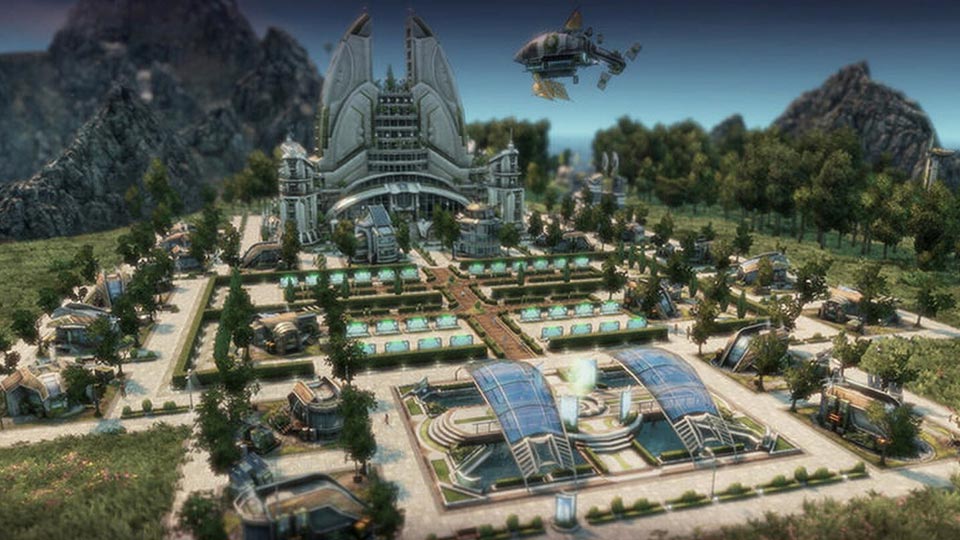 How it helps: When you’re making New Year’s resolutions this year, you could look to the past, reflect on what has brought you joy, and ruminate on what you hope to change. Or you could look into the future where rising oceans and climate change have created harsh conditions that demand ingenuity and courage to confront… in Anno 2070 Complete Edition! Envision a thriving future for humanity by designing intricate cities with interconnected production chains and advanced technology. Between building and developing new settlements, sandbox-style, and pursuing quests to unlock new resources and maintain diplomatic relations, you’ll be so engrossed that all your worldly cares will fade away, replaced by the stylish sci-fi trappings of a future you shape. But if thinking about next year is the last thing you want to do… 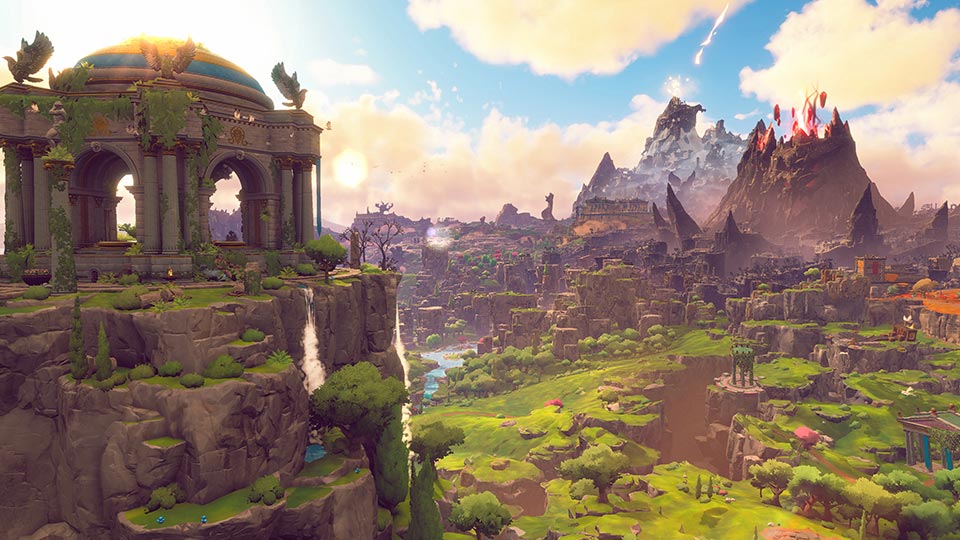 How it helps: The future does not exist, there is only the romanticized mythology of an Ancient Greece where powerful monsters roam the land and the gods need your help. The Golden Isle’s lush valleys and forbidding cliffs are a welcoming escape from the modern world, inviting you to tame wild horses and KO a few gorgons with a sword, axe, or bow, just like your ancestors probably did. Come for the spectacular open world, but stay for the finely honed platforming gameplay, the acrobatic combat, the ubiquitous environmental puzzles, and the entertaining banter between Prometheus and Zeus, who serve as the game’s narrator and color commentator, respectively. As winter closes in outside, you can immerse yourself in the warmth of a world without looming school or work deadlines, where bills never – oh hey, is that a unicorn? A unicorn you can ride?

Okay, gotta go. I mean, I’m not not gonna ride that unicorn. Be sure to check out Ubisoft+ at ubisoft-plus.com, and more of our coverage on the latest games from Ubisoft via the Ubisoft News hub.