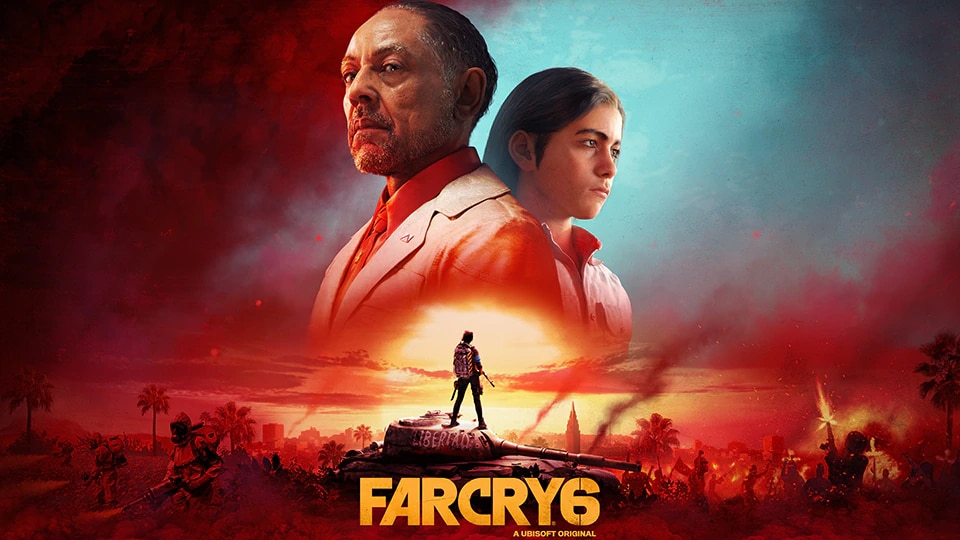 Game music, at its best, can elevate the experience of playing a game and linger in our heads for years afterward. A game's soundtrack is an indelible part of its personality, and whether it's the chiptunes of Scott Pilgrim vs. The World: The Game or the orchestral, Viking-influenced score of Assassin's Creed Valhalla, distinctive music has helped define Ubisoft games for decades. There are plenty of standout tracks in the mix, everyone has their favorites, and the Ubisoft News team is no exception. Below, we'll each call out one of our favorite pieces from Ubisoft games (all available now and included in a Ubisoft+ subscription), and embed them so you can listen along with us:

This is probably the one you expected to find when you clicked on this article, and for good reason. With more than 26 million views on Ubisoft Music, "Ezio's Family" by Jesper Kyd is the most popular song on the channel. Not only that, but with adaptations in multiple Assassin's Creed titles, including Assassin's Creed Rogue, Assassin's Creed Origins, and Assassin's Creed Odyssey, the song has become the de facto theme for the entire series.

We first heard the song during the opening title sequence in Assassin’s Creed II, the moment Ezio and his brother Federico scale a church bell tower. As the two help each other summit the roof, they exchange their now iconic lines as the song begins to swell in the background.

As the camera pulls out, we see the two brothers standing in each other’s arms, looking on towards Florence’s Cathedral of Santa Maria del Fiore as the words, “Ubisoft Presents Assassin’s Creed II” appear on screen. For me, there isn’t a better title sequence in videogames. The combination of the brotherly exchange, the knowledge of what’s about to happen to their family, and the idyllic views of the city of Florence, all punctuated by Kyd’s haunting melody, never fail to give me chills, no matter how many times I watch it.

On a more personal note, I can’t help but feel a connection to “Ezio’s Family” and the entire Assassin’s Creed II soundtrack. I spent countless long nights in graduate school writing papers while listening to it, so much so that Jesper Kyd was my most-listened-to artist in 2016.

“Rock Club” (Scott Pilgrim vs. The World: The Game) – Daniel O’Connor, Contributor
Originally launched in 2010, and recently relaunched with its complete edition for the 10th anniversary of the franchise, Scott Pilgrim vs. The World: The Game was a perfect companion to the Scott Pilgrim comics and movie. Drawing on the classic arcade beat ‘em ups of the ‘80s and early ‘90s, and set in the snowy underbelly of Toronto’s post-adolescent digs and dives, Scott is on a quest to defeat the League of Evil Exes and win the heart of Ramona Flowers, all set to Anamanaguchi’s rocking soundtrack of bleeps and bloops created with original Nintendo soundcards for that iconic and nostalgic chiptune sound.

Rock Club was one of my favorite levels from the game, culminating in defeating the powered-by-veganism virtuoso rock bassist Todd Ingram. With its fast tempo, driving drumbeat, and rising glissandos, it really set the tone for a high-pressure level of epic rock ‘n’ roll proportions. The whole soundtrack got me into chiptune, and I’ve since fallen in love with a number of other artists in the genre, but this track was the first bit in the many bytes now occupied by my love for chiptune.

“Eye of the Storm” (Assassin’s Creed III) – Mikel Reparaz, Editor
Naval combat was one of Assassin’s Creed III’s biggest innovations, as well as one of its most atmospheric. The sounds of your ship’s crew, the thumping roar of the cannons, and the sense of massive scale created by warships and rogue waves combined to create some of the game’s most memorable sequences – but they wouldn’t have been quite as striking without Lorne Balfe’s soundtrack, and “Eye of the Storm” in particular. A crashing mix of staccato blasts, discordant strings, and ominous ascending scales, the piece evokes stormy seas and extreme danger, making it the perfect backdrop for pitched battles against violent waves and heavily armed ships.

I first heard “Eye of the Storm” at E3 2012, when it was used in the first public showing of the naval gameplay. It was the only time, as a member of the games press, that I reached out to a publisher to find out more about a specific piece of music. Ubisoft couldn’t give me a copy of the track back then, but anyone can hear it now.

“Aurora’s Theme” (Child of Light) – Brittany Spurlin, Writer/Editor
A fairy tale at heart, loaded with magic, rhyming dialogue and themes of light and darkness, Child of Light needed a musical score that would fully immerse players in Aurora’s perilous journey through Lemuria – and in my opinion, that’s exactly what composer Cœur de Pirate did. The music encapsulates the whimsical nature of the game, rising and falling with the dangers Aurora and her party face. While any track from that soundtrack is worthy of a spotlight in this article, I want to talk about ”Aurora’s Theme.”

This score, full of hope, trepidation, and resolve, tells the story of Child of Light as much as the game itself does. It begins hesitant, the notes pure but faint, almost as though the music is itself unsure about the journey it’s about to take – much like Aurora when she first awakens in Lemuria. As the princess grows, so does her theme, culminating by the end to a crescendo, inspiring the resolve to carry on and win the day. It’s also a tune that carries power within the story; Aurora is able to play it on her flute, unlocking a long-buried family secret that just may be the key she needs to save Lemuria.

“Bella Ciao de Libertad" (Far Cry 6) - Chastity Vicencio, Editorial Communications Manager
A good guerrilla needs an inspiring, revolutionary soundtrack when tasked with overthrowing a dictatorship, and that's exactly what you get in Far Cry 6. As Dani Rojas, you team up with rebel guerrillas to take on the forces of tyrannical dictator Antón Castillo (played by Giancarlo Esposito). As you fight to liberate the beautiful island nation of Yara, you are treated to an original soundtrack influenced by Latin American and Caribbean music.

The most popular track from the album “Far Cry 6: The Music of Yara,” with over 663,000 views on Ubisoft Music, is "Bella Ciao de Libertad" by La Sonora Yarana. The song is a Latin American cover of "Bella Ciao," an Italian protest song from the late 19th century, which was also recently popularized by the Netflix series "Money Heist."

"Bella Ciao de Libertad" can be heard in the early hours of Far Cry 6, during the Fire and Fury operation where you must burn down a Viviro prison camp. For me, this was the first memorable use of music during a mission in the game that hooked me in immediately – the lyrics, with their message of freedom and resistance, begin as you sneak into the prison camp. The music swells as you use your flamethrower to destroy the fields of Viviro plants and hit Castillo where it hurts. The more damage you cause, the more the music builds, hitting a fever pitch of trumpet and trombone solos at the height of the chaos.

“Canaid Lia Fáil” (Assassin’s Creed Valhalla: Wrath of the Druids) – Daniel O’Connor, Contributor
Assassin’s Creed Valhalla: Wrath of the Druids saw Eivor travelling to the Emerald Isle to face off against a cult with designs of power over the land. Exploring the rolling green fields and visiting the unique and wonderful Giant’s Causeway were particular highlights of my personal journey there, but the song sung during the crowning of the new Flann, or High King, by his personal advisor, Ciara (performed by Julie Fowler and produced by Einar Selvik), really tugged at my heartstrings. The bouncing sextuplet beat of the drums, the beautiful yet haunting vocal sung in Old Irish Gaelic, and the breathy and distant woodwind melody brought me right into a place and time occupied by my ancestors and made me feel a part of this world I was exploring.

"Canaid Lia Fáil" is based on an actual poem from around the time speaking of the Lia Fáil, the mystical stone that would cause the land to resonate under the heels of a true king of Ireland. It also gives a fantastic insight into the beliefs and culture of the time, which are depicted in the game as being slowly overtaken by Christian influence and seen as savage and archaic. By bringing this poem to life through song in a way that respects the culture it was born from, it keeps these stories alive and gives a small glimpse into what we've lost, and what we can gain through the eyes and voices of the past.

For more about the music of Ubisoft games, check out our interviews with the composers of Assassin's Creed Valhalla Dawn of Ragnarök and Immortals Fenyx Rising. And for more perspectives from inside Ubisoft, check out our spotlight on the Asian & Pacific Islander Employee Resource Group and a look at Ubisoft Da Nang's two-year anniversary.