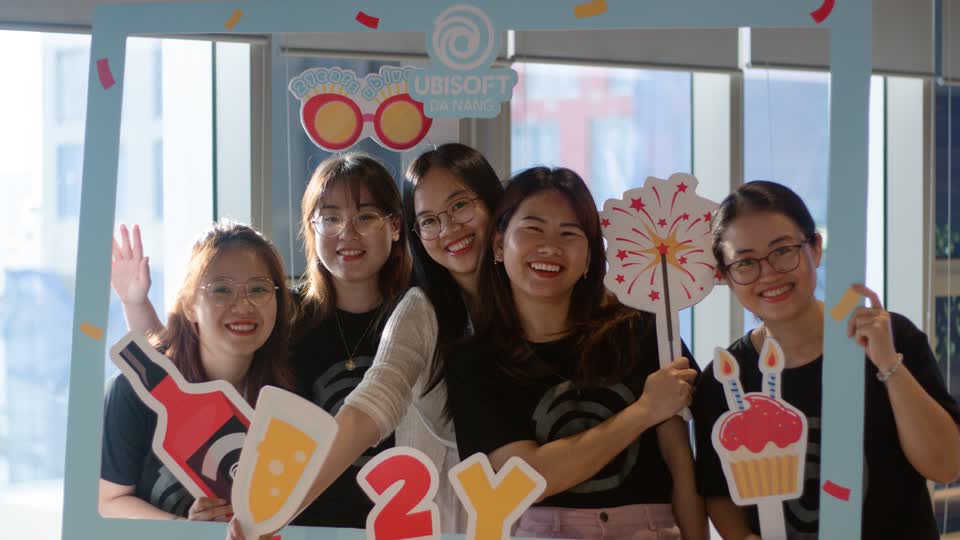 Editors note: The following interview first appeared in Vietcetera and has been adapted for Ubisoft News.

It's been a whirlwind two years in Vietnam for Ubisoft. The company cut the ribbon on its Da Nang Studio in June 2020, just as the true gravity of the Covid-19 pandemic was emerging.

The mission back then, as detailed by Managing Director Aurelien Palasse, was to tap into the impressive IT talent that Vietnam has to offer - in a city whose goal is to become an innovation hub for startups and major international companies alike - all with the purpose of producing "'Made in Vietnam' games that would be played and enjoyed by players across the world."

The Da Nang studio sits on the banks of the Han River; the building itself is a VMMARK Award winner for Best Office Design in Vietnam, and it's powered by a team of 100 creatives, most of whom are local hires. As Ubisoft gears up to mark the second anniversary of the studio's opening, Vietnamese media outlet Vietcetera sat down again with Palasse to hear about the company's wins, losses, and future plans to bring Ubisoft worlds to an untapped audience.

2020 couldn't have been an easy time to launch in Vietnam. What would you say were the biggest challenges in the last two years?

Aurelian Palasse: Our first challenge is not specific to us, but COVID-19 and our studio launch happened at almost the same time, so Ubisoft Da Nang faced the same problems as many companies during this pandemic. However, because we were a new studio focusing on creative projects, our need for industry "experts" was greater than the majority of local outsourcing studios. With the Vietnamese borders being completely closed, it really impacted our recruitment drive and growth as a result.

Another big challenge for us was addressing the short-term goals of getting the studio up and running, and balancing that with the long-term view of building a team that would create awesome games for Ubisoft in the future.  We all wanted to show as early as possible what Vietnam is capable of by hiring incredible talent, setting ambitious goals, and creating an aggressive product roadmap. But we weren't willing to compromise our high recruitment standards or fail to integrate our core values - Care, Dare, Win - with our new employees. Naturally, two timelines like these don't always line up.

Finally, and more related to our project, we were working on an undisclosed and pretty ambitious console/PC game - one which involves some of Ubisoft's best-loved IP - but despite the great work and the talent of our team, as well as the quality of our prototype, the project hasn't gotten the green light. Motivating the team after such a huge collective effort was challenging, but I truly believe that we've bounced back and learned a lot from it.

With hindsight, this experience was positive. It gave us the opportunity to show what our studio was capable of, and brought us the exciting new projects we are now working on! 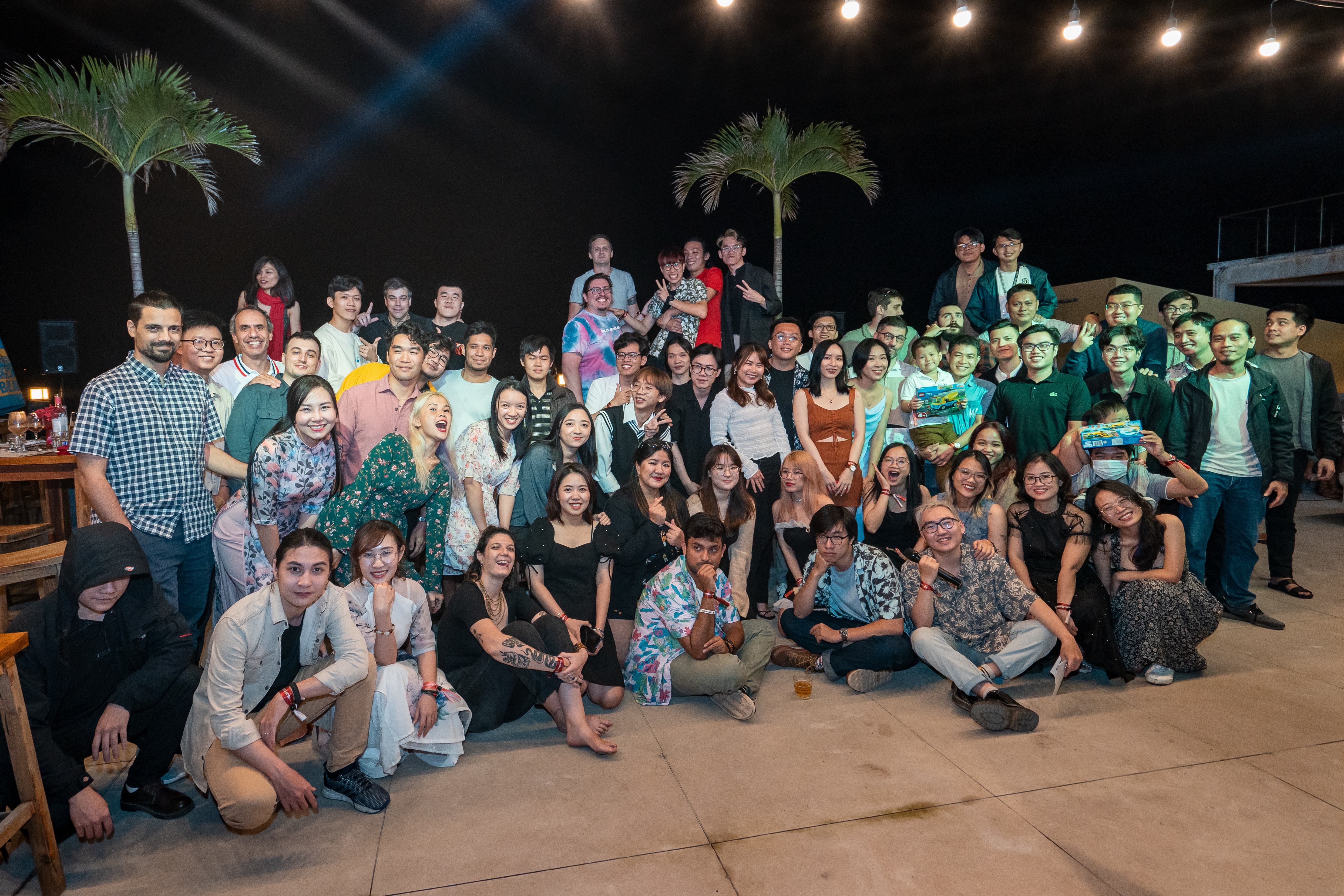 On the plus side, could you tell us about the achievements that you're proudest of during this period?

AP: The first thing that comes to mind is the creation of our own label:Ubisoft Nano. It's an innovative catalogue of instant party games which was developed with HTML5 technology, and it's a big milestone. It allows new players to jump into our world directly from their web browser, or across thousands of web-game portals and telco operators.

We were able to onboard some of Ubisoft's most famous franchises - 23 brands in total from Assassin's Creed to Hungry Shark - and feature them on Ubisoft Nano. This is the first time all our brands have been united. It's such a huge achievement. After two years, we've had more than 16 million users playing Ubisoft Nano games on new devices - something that wasn't possible before.

Alongside Ubisoft Nano, we have built a new internal "Biz Ops" team. The team's main objective is to support business initiatives that require specific game builds that cannot be supported by the lead studio. In the past two years, the team has taken a real leading position, and was able to bring a lot of Ubisoft titles from our legacy catalogues to players that could not access these games before. They shipped dozens of titles, but to name a few: Assassin's Creed Rebellion is now available on Amazon Kindle devices, Hungry Shark Evolution on several telco operators, and more recently, Facebook audiences can discover Idle Miner Tycoon directly on the cloud, powered by Facebook Cloud Gaming.

To allow these projects to flourish, what makes me proudest is that we now have some incredible local talent that I'm certain will contribute to Ubisoft for years to come! Our team is really showcasing our core values, and allowing Ubisoft to grow sustainably in Vietnam. Moreover, we have the chance to work and be creative in a great space that just won the VMARK Award for the Best Office in Vietnam. 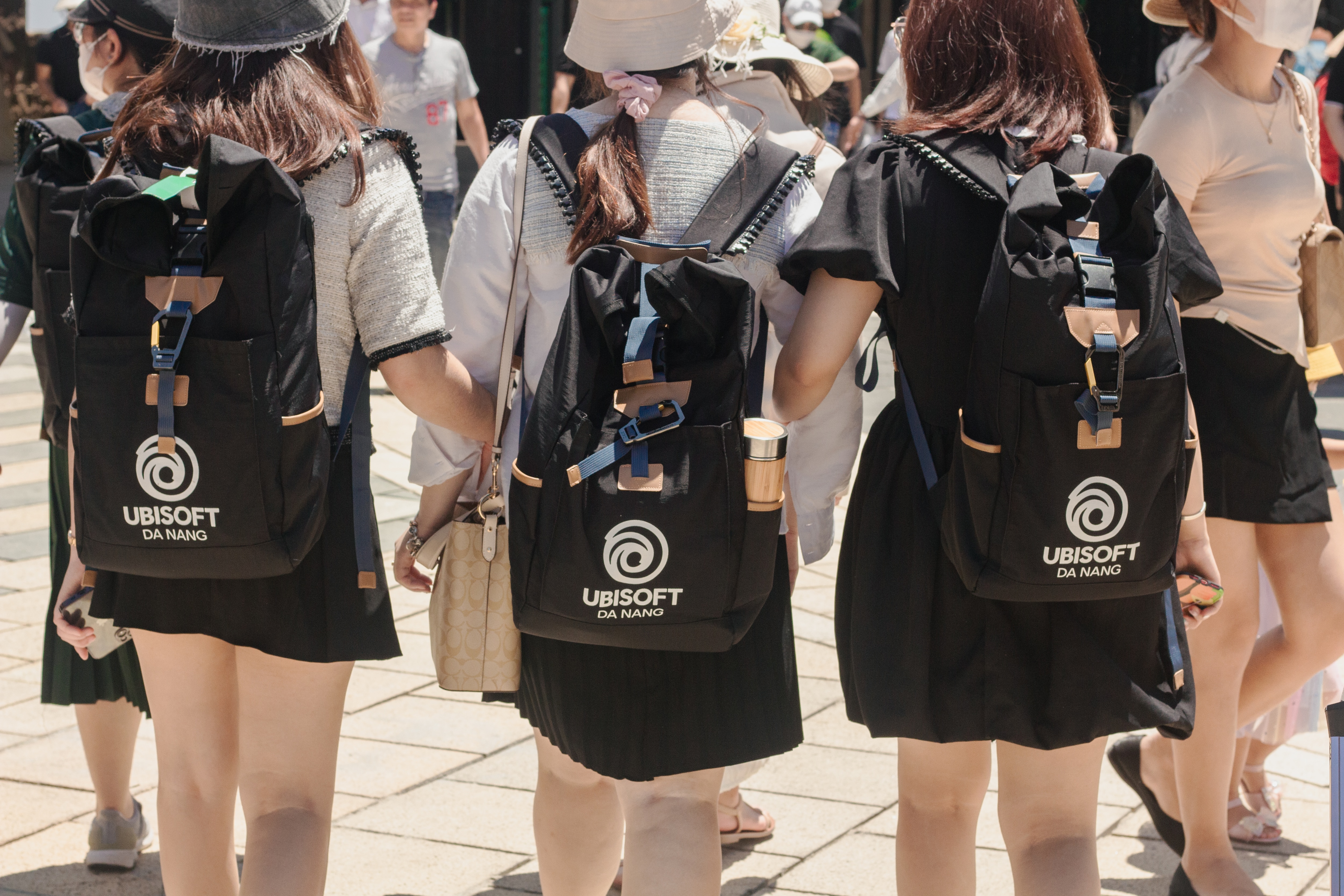 When we spoke in 2020, you detailed what success would look like to you - namely, to have a social impact by developing the gaming sector in Da Nang, while rolling out great products for the gaming world. How does the future now look for Ubisoft in Vietnam?

AP: First off, the main goal on the product side is to keep the momentum going, to keep bringing Ubisoft franchises and games to new players. For Ubisoft Nano, this means using the versatile formats of our game collections to expand our reach. We recently struck astrategic partnership with Azerion to exclusively distribute Ubisoft Nano games on over 1,000 websites. Because of this, we're forecasting over 50 million players in 2022!

We're also working hand-in-hand with Thales, a leading aerospace and in-flight entertainment company, through a new global strategic partnership to define the future of in-flight gaming for airline passengers.

From the Biz Ops side, we were previously focused on bringing mobile titles to new stores, but today we're extending our services to our PC catalogue by working closely with the Ubisoft+ team.  There's a real challenge in this, as it entails shifting our studio's design focus from mobile-only to hybrid (mobile & HD). We've made a great start, though, and we're already working on some premium projects.

Finally, to address our local social impact: We've made some progress despite the challenges of the last two years, but we want to be more active in our local community. We're working on a number of initiatives with universities, startups, and local authorities to promote gaming as a creative and technological medium of the future. Stay tuned.

Finally, your studio space and team have received a lot of high praise. Tell us about life at Ubisoft Da Nang.

AP: It's an incredible place to work. It's five minutes from My Khe Beach, and there's a great work environment and culture within the company. The possibilities in our studio are almost unlimited, and the future of Ubisoft Da Nang is already being shaped today by our creative teams and the amazing projects they're working on.

The exciting thing about joining Ubisoft Da Nang is that we're being really ambitious - trying to create the unknown - all the while helping to bring the Ubisoft world to a larger, untapped audience.

For more news from Inside Ubisoft, be sure to check out our Salaam Employee Resource Group spotlight, or read about the company's green initiatives.