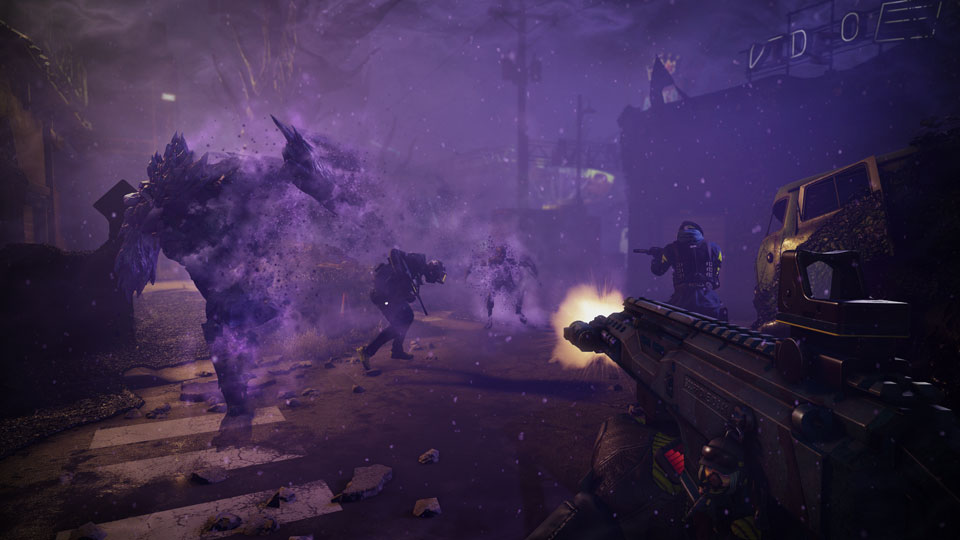 The Operators of Rainbow Six Extraction are about to be faced with an eerie and deadly new challenge with the arrival of the second Crisis Event, Nightmare Fog. As they head off into this hallucinatory incursion, it seemed like a good time to look back at just how they got themselves into this mess.

Rainbow Six Extraction launched with 18 Operators (with Zofia added during Spillover, the first Crisis Event) plucked from the ranks of Rainbow Six Siege, and each was adapted by the development team to explore the opportunities and meet the demands of a PvE experience. These Operators fuel both the gameplay and the narrative of Extraction, and to find out more about what it took to recruit the members of Team Rainbow to take on a new threat, Ubisoft News spoke to Lead Scriptwriter Linda Nguyen and Lead Game Designer Andrea Zanini.

When you set out to design Rainbow Six Extraction, what was your approach to selecting which Rainbow Six Siege Operators to incorporate into the game? Were there any criteria that made it easy to include or exclude certain kinds of Operators?

Andrea Zanini: We looked at all the Operators, and chose Operators either to help serve the experience, on-board users to the game dynamics, inclusive diversity, and ensuring each Operator always has play space of their own to help the team when deployed.

AZ: At the beginning of development, all Operators were available right from the start. During playtests, the player feedback demonstrated that it was simply too much at once. We decided to unlock Operators based on a player’s global progress, to give more breathing room for users to get on board. Players start with nine Operators, and after mastering some of them, three more will unlock, and so on.

Operator balancing is a crucial and ongoing part of Siege; what was your approach to calibrating how powerful the Operators of Extraction should be? How did you balance the roster?

AZ: Siege Operators are now facing a new enemy. We wanted to reflect the advancements of REACT through improvements to the already known tools of operators, as a way of adaptation. We knew we didn’t want to change the operators, who they are or their dynamics. We focused on ensuring users would be able to do what they would expect to do with a specific Operator and accessibility of co-op is what drove most of the decisions. When balancing power, we strive to ensure each operator always has a situation that they would be best in, vs all other operators.

These Operators have biographies and stories from their Siege origins. How much is Extraction narratively connected to Siege? What was your approach to further developing these characters?

Linda Nguyen: In terms of the Operators’ backgrounds, they’re very much connected to Siege. In fact, their respective personal histories are the same up until the Outbreak Event; this is where their stories and recollections start to diverge. This also explains why Pulse and Hibana’s relationship is different in Siege versus Extraction. The contrastive circumstances in each “world” have led them to make drastically different choices in their lives. The Narrative Team absolutely wanted to stay true to these characters, but we also wanted to place them in brand new situations.

In Extraction, the world is dealing with a massive alien threat, which can have a drastic impact on relationships between Operators, even causing them to re-evaluate their life choices. As an example, Pulse and Hibana have a daughter, Maho. Maho loves the daycare aboard the Pioneer, REACT’s ship and base of operations. She loves both of her parents very much, although she doesn’t always get to see them both at the same time due to their deployments. However, in Siege, Maho doesn’t exist.

Ash, Thermite, and Mira are in the spotlight, leading the narrative and featuring prominently in cutscenes. Why did you choose these three? What role did you want them to play in Extraction?

LN: Ash and Thermite led the containment efforts during the Outbreak Event. When the Parasite reappeared in New York in Extraction, Ash and Thermite were in a position to continue these efforts, imparting their knowledge and expertise. Mira, meanwhile, is a tech expert. In Siege, she developed her own gadget, the Black Mirror, and she analyzes Operator gadgets for Six, the leader of Team Rainbow. She has ample skills and the experiences to lead REACT R&D, developing a whole arsenal of tech to help Operators through incursions. The three of them may differ in their approach and their priorities, but they have complementary strengths – without ever disputing Ash’s leadership.

Why did you choose to bring Zofia into Extraction as the first post-launch Operator during Crisis Event: Spillover?

AZ: She made sense on a gameplay, narrative, and production level, and in relation with Rainbow Six Siege. Sometimes the planets align, and things just make sense when making some decisions. The new cinematic trailer on Ela and Zofia, released for Rainbow Six Siege Year 7, is a great piece showcasing the dynamics of these sisters, so we were happy that they are now both part of the Extraction roster.

Zofia has some powerful attributes, such as resistance to blinding effects and the ability to self-revive. What is your philosophy on Extraction Operators having unique abilities like this that aren’t connected to their gadget or loadout?

LN: Ela and Zofia’s unique abilities are a part of who they are. It made sense for the DevTeam to keep the sisters’ abilities, and they bring a lot of gameplay value in a PvE setting. The Narrative Team also made a point to keep Operator histories intact, up until the Outbreak Event. The sisters’ abilities are tied to their upbringing and their relationship dynamic. We knew what the community expectations were when choosing these two Operators for Extraction.

Rainbow Six Extraction is available now on Xbox Series X|S, Xbox One, PS5, PS4, PC, Stadia, and Amazon Luna, and is included with a Ubisoft+ or Game Pass subscription. For more news on the Operator front, check out the new Rainbow Six VP, Cameron Lee.