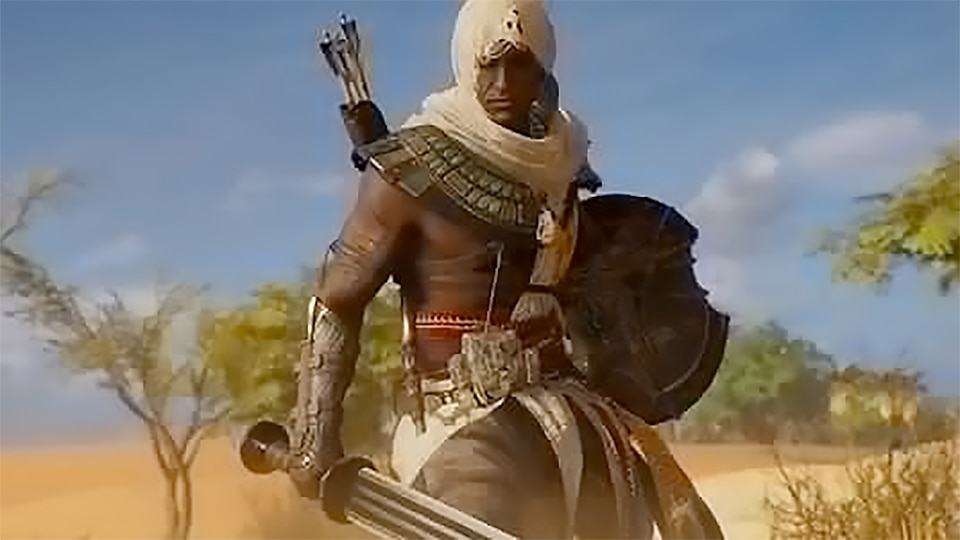 Beginning September 1, Assassin's Creed Origins is teaming up with Monster Energy to unleash collectible 24-ounce cans skinned with the game's art – and with codes you can redeem for cool loot when Assassin's Creed Origins launches on October 27. These codes can unlock in-game currency, crafting resources, or even one of four exclusive weapons you won't find through normal play: the Dust Biter sword, the Scepter of Thaati, the blunt Face-Breaker, or a unique predator bow called the Rain Bow. 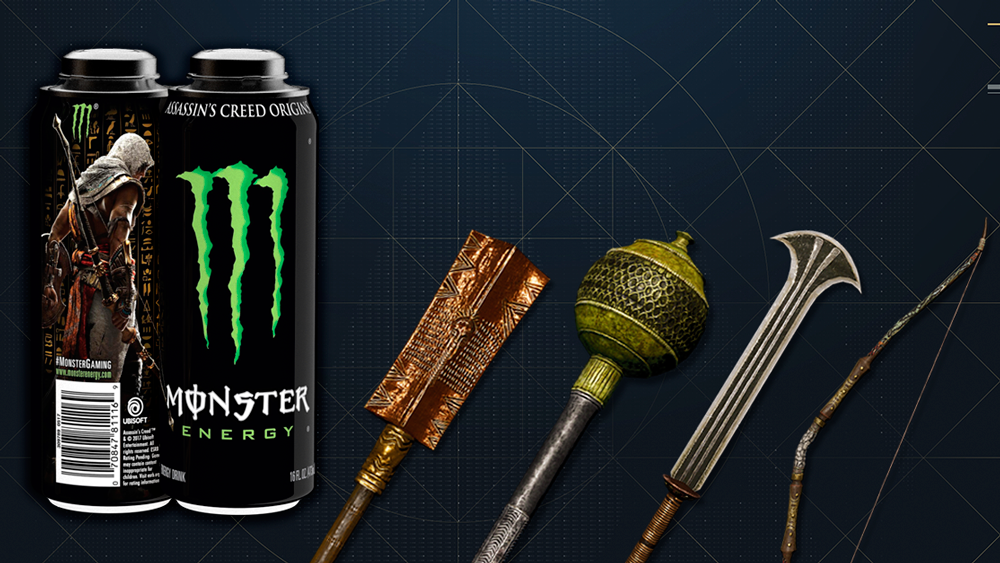 The codes are available by purchasing specially marked 24-ounce cans, four-packs, and 10-packs of Monster Energy, and can be redeemed by logging in to MonsterEnergy.com/AssassinsCreed with your Ubisoft Club account. Additionally, US and Canada residents can enter for a chance to win one of six grand-prize trips to Ubisoft Montreal headquarters for a special peek behind the scenes. Runners-up also have a chance to win one of 100 first-prize packages, which include an Xbox One S and an Xbox One copy of Assassin's Creed Origins. The program runs from September 1 through December 31, and codes can be redeemed until March 18, 2018. Check out the official contest site for more details.