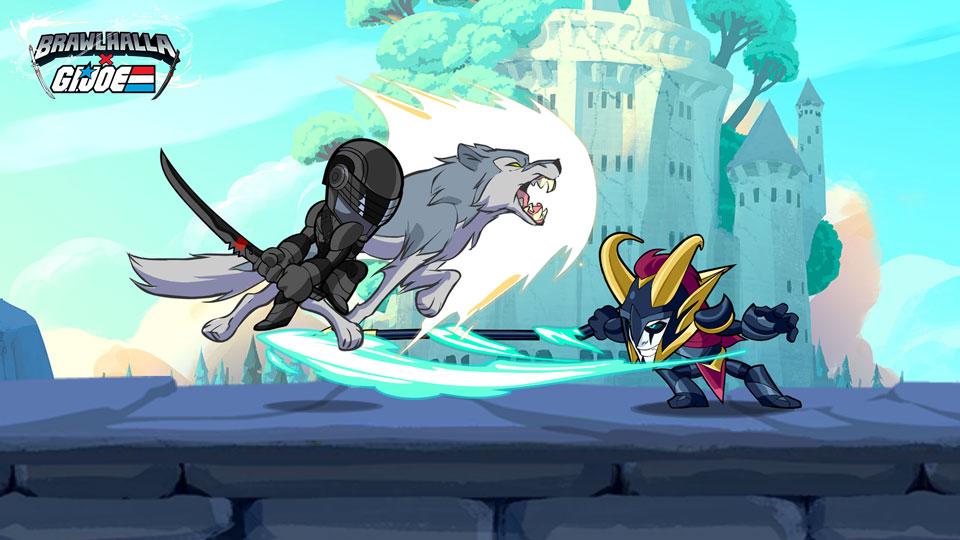 The Arashikage Dojo is a new game mode map that comes with the G.I. JOE crossover. Brawlhalla players will compete in a three-minute match in an arena filled with traps, using their skills and tactical wits to evade danger and KO enemies. At the end of the match, the player with the highest score wins.

The Snake Eyes and Storm Shadow Epic Crossovers are each available for 300 Mammoth Coins. The G.I. JOE collaboration also brings six new avatars to Brawlhalla: the G.I. Joe logo, Snake Eyes, Storm Shadow, Timber, the Cobra symbol, and an animated Cobra Commander. All content from the event will be purchasable and playable after the Epic Crossover ends.

Brawlhalla is available to play for free on Xbox Series X|S, Xbox One, PS5, PS4, Switch, PC, Mac, and mobile, and supports cross-play across all platforms. For more information, check out our previous coverage.