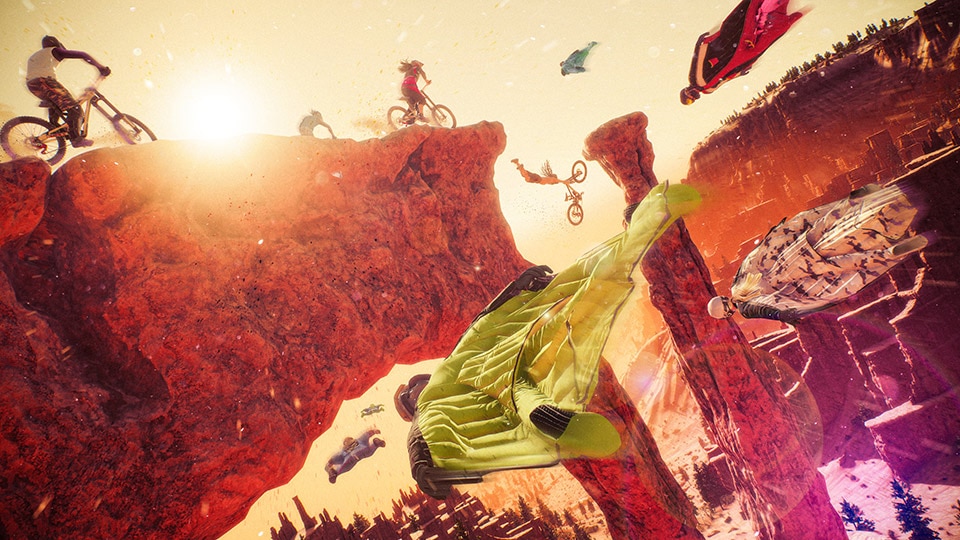 Riders Republic launches on October 28, giving you access to a massive multiplayer outdoor sports playground where you can compete and show off your craziest tricks. In just a few weeks you’ll be biking, skiing, snowboarding, wing-suiting, and rocket-wing-suiting within a huge open world that features a variety of well-known American National Parks. But there’s even more to come after the game’s release: Year 1 Pass owners will get exclusive content, and all players will have access to free seasonal updates.

The Year 1 Pass gives you day-one access to the Rocket Skis and Rocket Bike exotic kits, plus 7-day early access to all other exotic kits and the upcoming brand-new BMX sports add-on. Riders Republic Year 1 will also feature four seasons that will be accessible to all players:

You can get the Year 1 Pass as a standalone purchase, or by pre-ordering or purchasing the Gold or Ultimate Editions. The Gold Edition includes the base game and the Year 1 Pass, which includes eight exotic kits to help upgrade your gear; the BMX Sport add-on; and other exclusive content coming after launch. The Ultimate Edition includes the base game, the Year 1 Pass, and four exclusive cosmetic packs: Cosmic, Rainbow, Neon, and Skull’n Style. Players will also get 20 Helicopter tickets to reach their favorite in-game summits even faster. As a bonus, every preorder of Riders Republic comes with the Bunny Pack, including a cute custom bunny outfit, an additional blue bunny head, and rainbow snowboard paint.

Riders Republic launches on October 28 for Xbox Series X|S, Xbox One, PS5, PS4, Stadia, Amazon Luna, and PC (on the Epic Games Store and the Ubisoft Store), and is included with a Ubisoft+ subscription. For more information, visit ridersrepublic.com and stay tuned to our Riders Republic news hub.