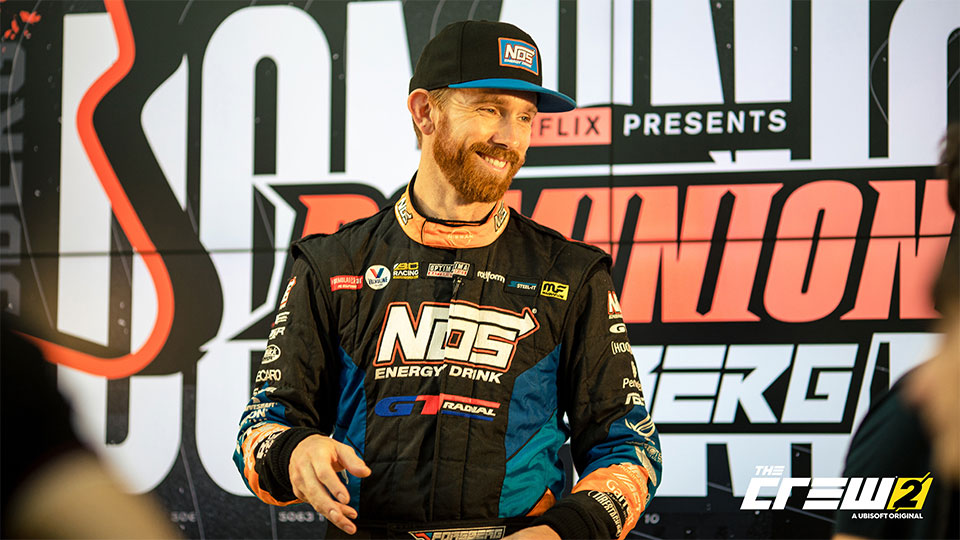 The Crew 2 is celebrating its fourth anniversary this week, and will launch a new season of content on July 6. Season 6 Episode 1: Dominion Forsberg will bring 60 FPS on PS5 and Xbox Series X; handling improvements, color grading, and weather modifications; a partnership with drift champion Chris Forsberg, and more. Ubisoft News spoke with The Crew 2 Producer Olivier Gueydon to discuss the fourth anniversary, as well as the features and partnership coming to the new season. 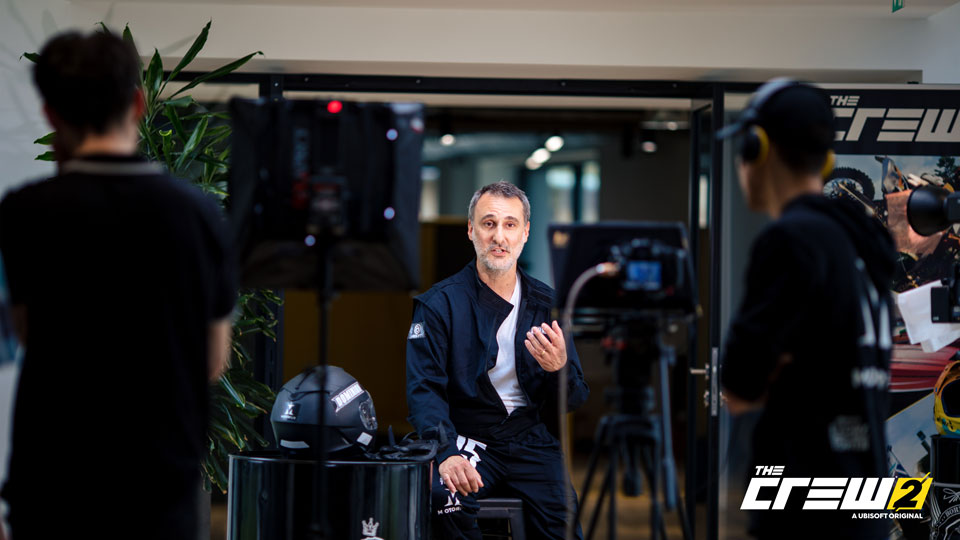 The Crew 2 is celebrating its fourth anniversary. What does it mean to you to see so many people still playing the game daily after all this time?

Olivier Gueydon: After four years and more than 12 major updates deployed, The Crew 2 is still welcoming a lot of new players, and a few months ago we reached the amazing milestone of 30 million players on The Crew and The Crew 2 combined. Seeing so many players and a lot of content creators who still find new ways to enjoy the game with their communities is something we are really proud of. The community and all the feedback players share with us, all of this positive energy, fuels us and continues to feed our teams here at Ivory Tower. This is why we are still working hard to add new content to the game, putting a lot of effort into polishing the experience, and continuing to integrate what the community wants us to improve. The perfect example to showcase this commitment is our next season, which focuses on precision driving and is endorsed by Chris Forsberg and his team, and also includes a lot of quality-of-life improvements.

Xbox Series X and PS5 are getting 60 FPS soon. Why was this something the development team wanted to implement? How will it change the experience of The Crew 2?

OG: More and more of our players are getting their hands on new-gen consoles, which means that they want to fully exploit the power of this new generation of platforms with The Crew 2. The addition of the 60 FPS is probably one of the most-awaited features for our players, which is why we did all that we could to deploy this improvement. We continue to work and refine various aspects of the feature, as we are also committed to rolling out the same improvements to Xbox Series S. While the dev team is working on it, join us on our social media platforms so as not to miss any details or important updates on these topics!

Can you tell us more about the new handling improvements, color grading, and weather modifications? How did the team decide to make these changes?

OG: Our main objective is always to meet our players’ expectations; however, depending on the scope and the content of the improvements, it can take more time to integrate the feedback, work on it, and deploy it. Our vision with our fifth year of content is not just to add new content to the game, but also to continue to improve The Crew 2’s experience for all players. Therefore, we chose to prioritize three main topics for the launch of the first season of our fifth year of content: Handling improvement, color grading, and weather modifications.

We now have more than 500 vehicles in The Crew 2, and we know that some of them are really appreciated by the community, while others are left behind, so we tried to understand why. The main reason for the split in the use of some vehicles is mainly due to the handling and the behavior of those cars. This is why, a few months ago, we started to work on different vehicles, and deployed a huge plan of handling improvements. Along with the community, we selected specific cars and iterated on their handling. After testing to be sure that the modifications we made were appreciated by the players, we deployed them on more vehicles of the same category, such as the Rally Cross. This kind of plan takes time, but we know that it’s necessary. This is also a good moment to thank our players for their patience.

Color grading is a specific improvement produced following feedback from the community to find the perfect balance between colors, contrasts, and brightness, as well as global lighting.

Finally, The Crew 2 is based on a huge map, and the weather is an important aspect of this living open world. It obviously reinforces the immersion of the player, but also the consistency of the game itself. Considering the importance of this feature, we decided to also improve it with several additions and modifications, such as a new weather cycle, a global snow weather visual improvement that has effects on the vehicles, sky visual modifications, and more. 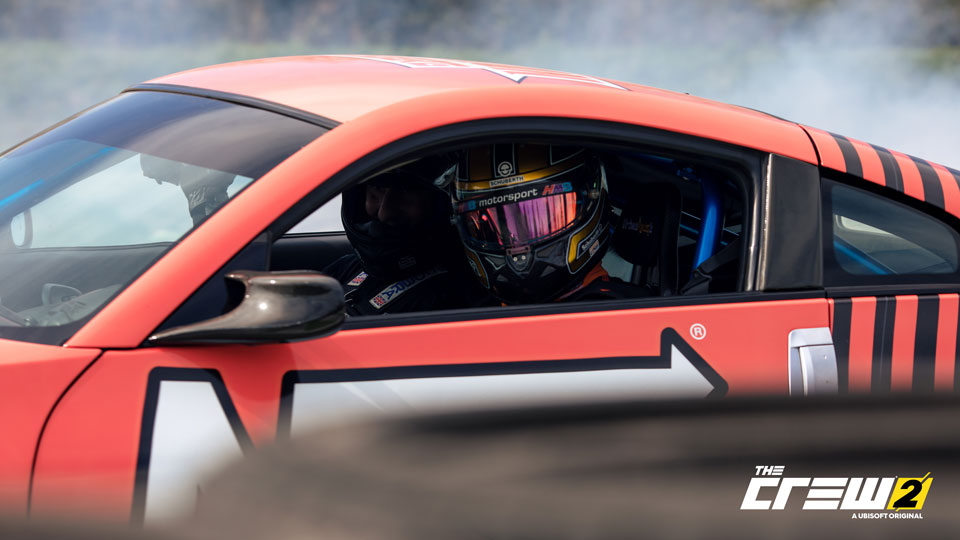 How did the partnership with Chris Forsberg begin?

OG: A few months ago, we knew we wanted to deploy a season focused on precision driving. We reached out to Chris Forsberg to see if he could endorse this season and help us to improve the drift experience in The Crew 2. Chris accepted the challenge, and trust me, he is one of the best partners we’ve ever had in The Crew 2, helping us to go far beyond what we planned initially. Chris came to the studio for three days to meet the teams, share his vision, give feedback, and record a lot of content dedicated to in- and out-of-game assets. Thanks to all the work done with Chris, on July 6, all players will have the chance to enjoy six brand new playgrounds, new missions (deployed throughout the season), new cars, and more! The team and I really enjoyed working on Season 6 and we are sure it will be one of the best and most dense seasons ever deployed in TC2. We hope that the players will have as much fun as we had to produce it!

Why did you want to partner with a professional race car driver? Why now?

OG: A lot of the content we added to TC2 has been directly imagined and produced by the teams of the studio themselves. But our objective with Season 6 was to add realistic content to the game. When we confirmed internally that we wanted to focus on precision driving, it was obvious that we needed to discuss and integrate the feedback of a real driver, a real expert in this category. Chris was the perfect profile for us: videogame player, three-time drift world champion, and owner of his own racing team in charge of building all his own vehicles. Our main objective with Chris was to find the perfect balance between realism, arcade, and fun, and I think we reached our goal! We can’t wait to see our players enjoying this new content as it has been a true honor to work with Chris. And trust me, you are not ready for the content that will be added to The Crew 2 during Season 6!

The Crew 2 Season 6 Episode 1: Dominion Forsberg launches on July 6. The Crew 2 is available on the Xbox Series X|S, Xbox One, PS5, PS4, Stadia, and PC. Players can also get access to the game with a Ubisoft+ subscription on PC, Stadia, and Amazon Luna. To learn more about Chris Forsberg’s career as a professional race car driver and his collaboration with Ivory Tower on Season 6 Episode 1 of The Crew 2, check out the interview with Forsberg below: