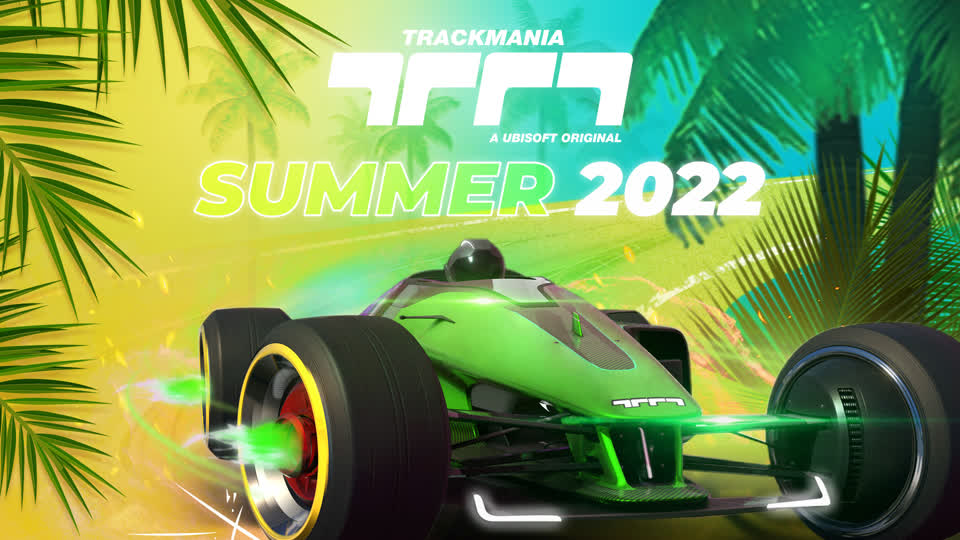 Trackmania is celebrating its second anniversary with the release of a new summer season. This is the ninth seasonal campaign for the free-to-play racing game since launch, and it features 25 new tracks to race and 100 new medals to unlock. Furthermore, players can access some premium features from now through Monday, July 11. Hop in to the Track of the Day online servers and try to tally your best time, or compete in the Cup of the Day to see how you stack up against other racers. These feature tracks created by players with Trackmania's robust track creation toolset.

The Trackmania Grand League World Cup also kicks off today as the top 16 players from around the world compete for cash and glory on the grand stage. Visit the official Trackmania website for links on where to watch the action with top Trackmania creators.

Later this year, a Trackmania community contest will encourage players to create green tracks as part of a One Million Tree Green Game Jam initiative. The winning tracks will be showcased in Trackmania Green Week, slated for October 3.

Stay up to date with the latest from Ubisoft by checking out our latest This Week at Ubisoft recaps.