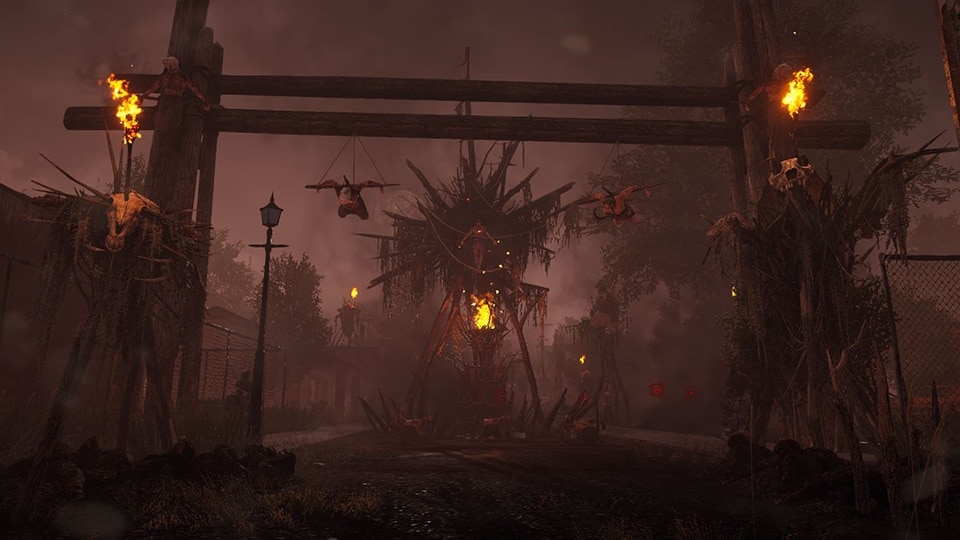 As part of the overall college program, Ubisoft strives to inspire and educate college students in the video game industry. If your college is interested in learning more about Ubisoft's college initiatives and how to partner with Ubisoft on future projects, please contact college@ubisoft.com.

Far Cry Arcade isn't just an easy way to play and view custom-built maps from the Far Cry 5 community. It's also a robust tool for teaching newcomers the process of building maps. With that in mind, Ubisoft invited graduate students in the level-design program at the University of Utah to participate in a program to build maps using Far Cry Arcade and have them evaluated by the Far Cry 5 development team. After examining the maps that were submitted by all of the students, the development team chose Bryan Sorensen and his map "Headlong" for highlighting the depth of the map-editor tool.

From there, Sorensen was paired with Patrick St-Onge, a Ubisoft Star Player and an active map builder in the Far Cry community, who was also one of the map creators involved in the launch of Far Cry Arcade. St-Onge worked with Sorensen for a month, helping him improve and refine his map, and make it ready to be a featured map in Far Cry Arcade. His map is called Headlong and you can check it out here.

We spoke with Sorensen to get some insight into the process, his experience building his map, working with St-Onge as his mentor, and what this experience has already done for his burgeoning game-development career.

What made you want to participate in the Far Cry 5 College Map Creator competition?

I took a level-design class with Assistant Professor Gabe Olson the semester before the competition started, and loved it. Because of that, when Gabe told us about the opportunity to be a part of the Far Cry 5 College Competition, I was extremely interested. I was also very excited at the opportunity to be a part of Far Cry, which is such a big name in the gaming industry.

Did you have any previous experience with map building tools?

I had never really used a map editor before the competition. I tried the StarCraft editor when I was younger, but that was too much for me at the time. However, I had used similar programs at school quite a bit, such as Unreal 4 and Unity. We had to learn both of them for different projects over the years in the University of Utah's Entertainment Arts and Engineering program.

Where do you start first in the map creation process? Is there a process you followed?

I knew about the competition about a month before we had access to the map editor. Because I didn't want to just wait around, I bought and started using the Far Cry 4 map editor. I figured they would be pretty close to each other, and if I could learn the basics on the FC4 map editor, I would be prepared for when the FC5 one came out. Over the next month, I just familiarized myself with the FC4 editor and what I could do in it. In the end, I think it really helped me be prepared for the FC5 editor.

The process I followed was pretty simple: once I was comfortable with the editor, I just started trying to make new and interesting ideas for maps. I had a little pocket notebook that I carried around with me. Every time I had a new idea for a map, I would sketch out the general idea in the notebook. Then I would choose my favorite idea and start building. I think I ended up with 60 ideas in my little book. I tried making about 30 of those in the editor. Most of them failed horribly! However, I just kept trying new ones and learning what I could and couldn't do. In the end, I had about 12 ideas that I liked, and I made pretty solid prototype maps for those.

What were some of the challenges you encountered with your initial maps? How did you overcome them?

The main challenge I had was just learning what was possible in the map editor. I had to push myself to figure out the limitations of the editor. I often had a pretty good idea of what I wanted to make, but I often didn't know how to get the results I wanted in my map. Once I learned the limitations and how to work around them, it was much easier and faster to make new maps.

Were you surprised to be the college map creator that will be officially highlighted in Far Cry 5?

I was surprised that I was chosen. I had worked really hard on my maps, but I had seen some of the other maps and they were great too! So when I was chosen, it was really exciting!

You were paired off with an experienced map builder, Patrick St-Onge, from the Far Cry 5 community to make some additional tweaks to your map. How did that process begin between you two?

Patrick is so great! I can't stress that enough. We started things off by just meeting up in Discord and talking about Far Cry and the goals for making the map better. He talked about the maps he had made in the past, and about all the things he had learned over the years he had worked in the editor. His advice was amazing, and he helped shape the map into what is now the final version!

How was it different building a map with someone else, versus just building on your own?

The problem with building a map alone is that by the end of the process, you know the map forwards and backwards. Because of this, you can't really gauge difficulty, flow, etc. It turns into more of a guessing game where you just have to go with your gut. Having someone help was awesome! It gave me someone that I could not only bounce ideas off of, but that could play my level with fresher eyes.

What sorts of things did you learn about mapmaking while making those tweaks?

Patrick was full of great advice, especially when it came to many different areas on level design in the FC5 map editor. Making a successful Arcade map is difficult. There are many specific things you have to do. Because of this, we worked hard on reworking flow, enemy AI movement and placement, sight lines, map layout, and much, much more.

How was the overall experience for you? Are you going to keep creating maps?

The overall experience was really great! I learned so much about level design and what it takes to make a good map. This Map Editor Competition took place over the last semester of my master's program. I had always been interested in design, especially level design. I had been going to school for art, particularly environment art. This competition allowed me to combine both of these two passions together. I was able to create interesting levels, while also creating and designing a rich environment at the same time.

As the semester went on, I found myself loving level design more and more, even becoming inspired to apply for a level design internship at a local AAA studio called Avalanche. Because of this competition and the design principles that I learned while making maps in the FC5 map editor, I was able to get the internship as a level designer!

I plan on making more maps in the future for sure! I really enjoyed the whole process!

What form of design do you study at Utah?

I got my master's degree in art at the Entertainment Arts and Engineering program at the University of Utah. I was the art lead on our thesis game, ORE. While making ORE, I tried to stay active on the design side of our game, mainly the weapon- and level-design side of things.

When designing for a videogame level, there is so much to keep in the back of your mind. AI, navigation, spacing, flow, player mechanics, loot, population, and so much more. This is all in the hopes that the level you are making will be a fun, believable space. In the case of my map, a linear map, you want to guide the player without them knowing it. The player should feel like the map is providing options to them, while in reality, you are slowly guiding them down the path you created for them. It's a hard balance to find.

What sort of experience were you hoping to craft for players of your map? Did you want long sightlines? Close-quarters? Run-and-gun?

I was trying for a dark and gritty apocalyptic feel. I tried to create a visually appealing experience that pushed the player to explore a vivid environment. Then, as the player progressed, it would turn into a challenging run-and-gun experience. I also wanted the combat to be fast-paced, while also providing several different paths that the player can navigate through as they battle across the map.

What did you learn from Patrick that was completely new or unexpected for you?

I learned a lot from Patrick, but I think one of the greatest things that I learned was sight lines. For example, how to break them up to create smaller areas of combat, while also preserving the unknown factor of future areas.

Did you have any design influences from Far Cry 5 itself, or perhaps other games?

One of the main influences for the map was actually the battle royale style of game. The first few versions of my map were multiplayer maps based off the idea of spawning far above the map and wingsuiting down into a main town area. And even though it transitioned into a single-player map, the layout of the town and the fast-paced nature of the map persisted into the final version.

Far Cry 5 is available now for PS4, Xbox One, and PC. For more on the game, check out our previous Far Cry 5 coverage.