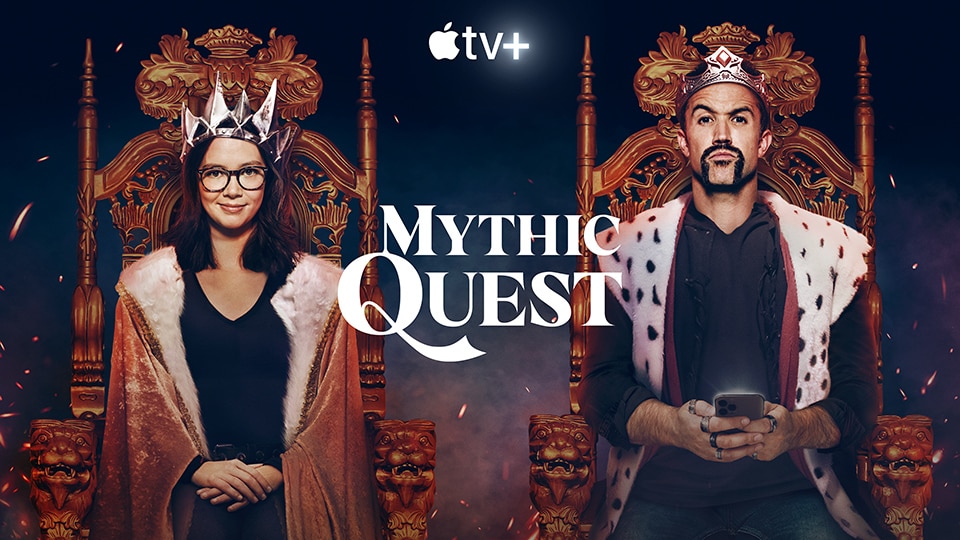 A special standalone bonus episode of ‘Mythic Quest’ debuts exclusively on Apple TV+ on Friday, April 16 ahead of the season two premiere on May 7. Written by Ashly Burch, and directed by Rob McElhenney, the episode, ‘Everlight,’ focuses on the Mythic Quest team returning to the office for the first time following the pandemic for their annual Everlight party. Additionally, the episode will feature special guest star, Academy Award winner Sir Anthony Hopkins (‘Silence of the Lambs,’ ‘The Father’) who lends his voice to the episode.

"‘Everlight’ is a special episode that addresses the practical and emotional difficulties of returning to normalcy,” said McElhenney. "It's full of hope and joy and optimism for a bright future. Ahead of our upcoming second season, we felt it was the perfect way and the perfect time to invite the audience back into the world of 'Mythic Quest.’"

“Rob and the entire 'Mythic Quest' team have created a beloved cast of characters that have struck a chord with audiences around the world,” said Matt Cherniss, Apple TV+’s head of programming. “After hitting it out of the park with their extraordinary 'Quarantine' special episode, we couldn’t wait for viewers to experience their unique take on another topical and universally relatable moment — returning to the office — ahead of the season two launch on May 7.”

‘Everlight’ debuts on April 16, but you won’t have to wait long for the second full season of ‘Mythic Quest’ which begins on May 7 exclusively on Apple TV+.

For more on ‘Mythic Quest’ and all the updates on Ubisoft Film & Television, be sure to check out our previous coverage.