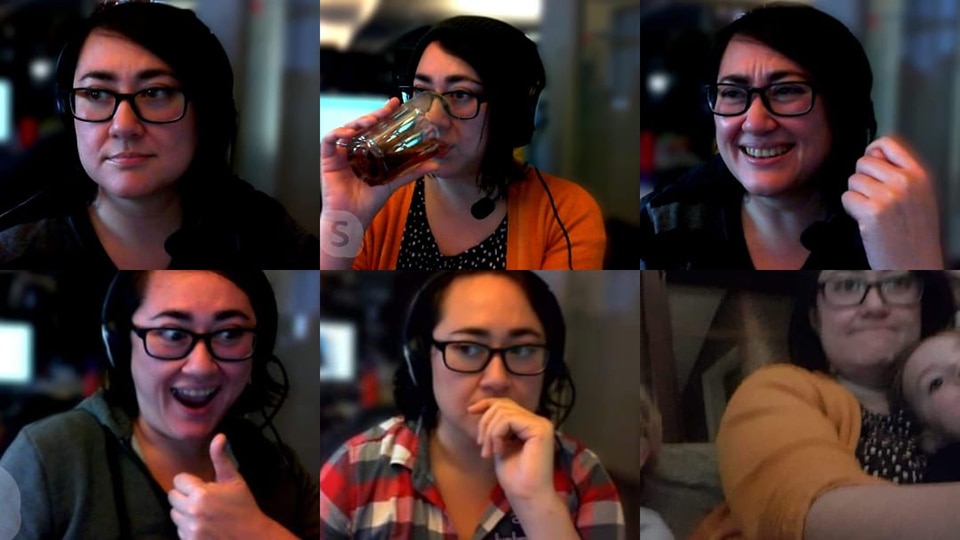 Editor’s Note: Throughout the videogame industry – Ubisoft included – Black, indigenous, and people of color (BIPOC) are dramatically underrepresented. According to the 2019 IGDA Developer Satisfaction Survey, only 19% of developers identified as something other than “white/Caucasian/European.” BIPOC of Ubisoft is a series highlighting the voices and stories of BIPOC folks at Ubisoft in an effort to provide an example for the next generation of game professionals and make the industry more welcoming and inclusive. The series will run in seasons, each with a different theme. Season Two will focus on stories of representation in media.

The last thing we might ever record with Melissa O’Neil, the actress who voices Faye Lau in Tom Clancy’s The Division series, was her signing off. As much as these words were Faye’s goodbye to The Division, they were my goodbye, too. Like Faye, I was no longer “an Agent of the Division”.

When people picture a Tom Clancy writer, I don’t think they picture someone like me. An overweight reformed musical-theater actor, a Yonsei hapa white-passing Cali-kid, a descendant of Japanese American concentration camp survivors, and whose “white” paternal great-great-grandmother owned a tamale shop and boarding house in Stockton, California where if you couldn’t pay your rent she put you to work making the tamales. No matter how impossible the conditions, my ancestors found a way to make it work. 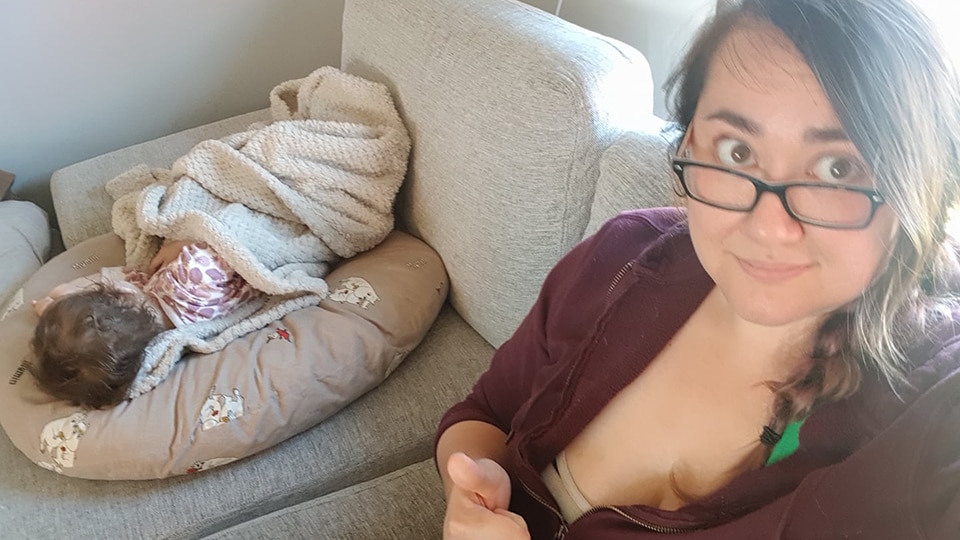 I went back to school in 2009 to learn how to write because no one was writing stories for people like me; I wanted to make the work I was missing. Almost 10 years after I graduated with a bachelor’s in creative writing, I’ve had the privilege to tell those stories and many more. Because of games, those stories reach millions of people every day, and can show players that people like me are so much more than the stereotypes we’ve been allowed to play. That the only cardinal truth about humanity is that no one ever thinks they are the villain.

I’ve always believed my culture was worthy of inclusion, that the traditions and art forms I grew up with were beautiful, valid, intricate, and worthy of admiration. When I transferred to a new elementary school, I introduced myself to my peers by doing a mix of contemporary and fancy shawl dance to Madonna’s “Holiday” at the school’s talent show, because I was taught that the best way to engage in cultural exchange, and to breed empathy and understanding, was through story and art.

My first contract at Ubisoft was for eight weeks to help out on Rainbow Six Siege writing barks, the short systemic lines in the game. Six months later, I found myself in a recording studio with Angela Basset. When we finished the session, I couldn’t contain myself and blurted out, “Can we just to take a moment to recognize that we just worked with Angela motherfucking Bassett?” She laughed and hugged me. My introductions are not always “appropriate,” but they are authentic. That memory is surreal and feels like someone else’s life. That’s a career goal, not a career start. Now, six years later, I am writing this from my home in Sweden, having officially shipped six titles for Ubisoft, an expansion, and nearly 20 DLCs.

But writing for Rainbow Six Siege was nothing compared to writing Faye Lau or Alani Kelso; those are my girls. None of these women are characters I created. They are characters I inherited. When I got to work with the voice actors, Melissa O’Neil and Sonya Balmores, in recording sessions, I realized they had more to offer than what we had given them. These characters are so much more than “badass.” They are never portrayed as foreigners; no one ever asks them, “But where are you really from?” They love their families and community and would do anything to protect them, but they have very different personalities. Getting to write for these two Asian American characters was more surreal than getting a hug from Angela Bassett.

Everyone, for better or worse, is the hero of their own story, and if I can make even 10% of our fictional characters look less like Aaron Keener (although I love writing Aaron Keener and getting to work with his voice actor, John Hopkins) and more like Kelso or Theo Parnell (the Black tech nerd working with Keener in The Division 2: Warlords of New York Expansion), I know that I am exactly where I am supposed to be to change who we deem worthy of inclusion and being considered a hero.

I am no hero. And my career makes no sense. I never considered myself a gamer; that was not a culture I felt comfortable claiming, because I didn’t grow up with consoles. I was a gambler, a card dealer; a puzzle, tabletop, and arcade junkie. For a long time, puzzle games were my therapy. They are really helpful for managing anxiety when I feel out of control and can’t solve the big problems. Solving the little ones makes it feel possible to win. I often tell people that my job is being a world logic-puzzle master. 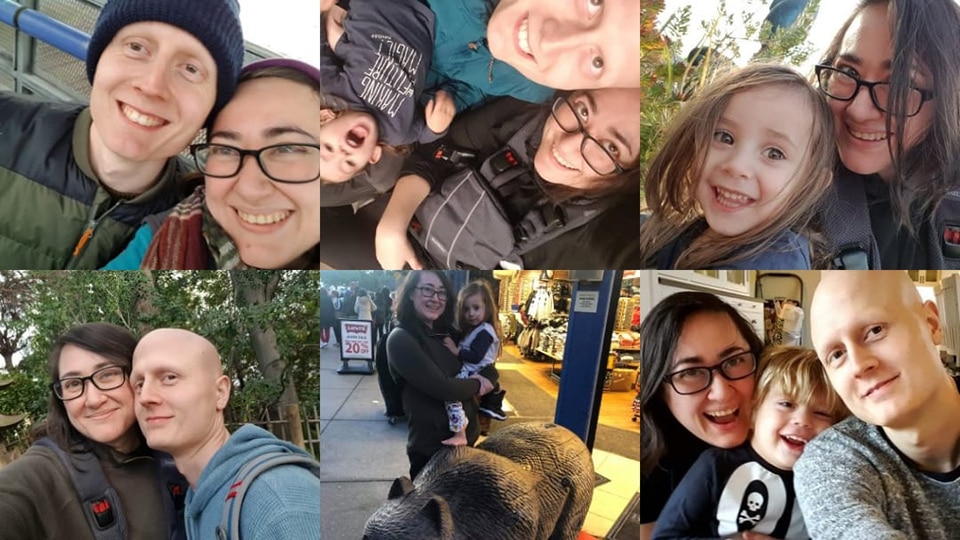 When all you want to do is help people make their work better, people ask for your support. The former Creative Director of Rainbow Six Siege, Xavier Marquis, gave me the best advice before I transferred to The Division: “It is not about the project, it is about the team.” He’s absolutely right. You can have the best IP in the world, but without a healthy team, the experience can be awful.

When I came on to The Division, the main game had already shipped. I was brought on for DLC content, and to work on the sequel. When we started writing scripts, I wrote some for Faye, and was told, “You can’t write for Faye. Melissa booked a TV show, she’s unavailable.”

When we talked about making the Warlords of New York Expansion (WONY), the first thing I told production was, “make sure we can get Melissa, this won’t work with a soundalike.”

Thankfully, “The Rookie,” the show Melissa is a series regular on, let us have her… when she wasn’t shooting. Our sessions with Melissa were on weekends and started at 6PM (Central European Time) at the earliest, and as you can imagine, the time difference between California and Sweden made scheduling difficult to say the least.

The first session I had with Melissa for WONY, she was getting set up in the booth and chatting with the engineer in Los Angeles. We hadn’t been introduced, but I could hear her talking. She was excited and nervous. The first thing she said that stuck in my brain as something I needed to remember was, “Thanks for having me back, I thought everyone hated me.”

I told her she shouldn’t believe everything she reads on Reddit; that being the handler, the person who tells the player what to do, is the most thankless job in games, and it’s rare if they don’t hate you.

When I went to write the last two monologues Melissa would perform as Faye, they were for the woman who laughed. The woman who was making a career for herself, successful, too busy, and who needed lawyers to adjust her show contract so she could work with us. The woman who didn’t want to be replaced. Melissa wanted to do this, so her team made it happen.

There is no way we would have been recording with her at 9AM (Pacific Standard Time) on a Sunday morning if she didn’t want to be there. 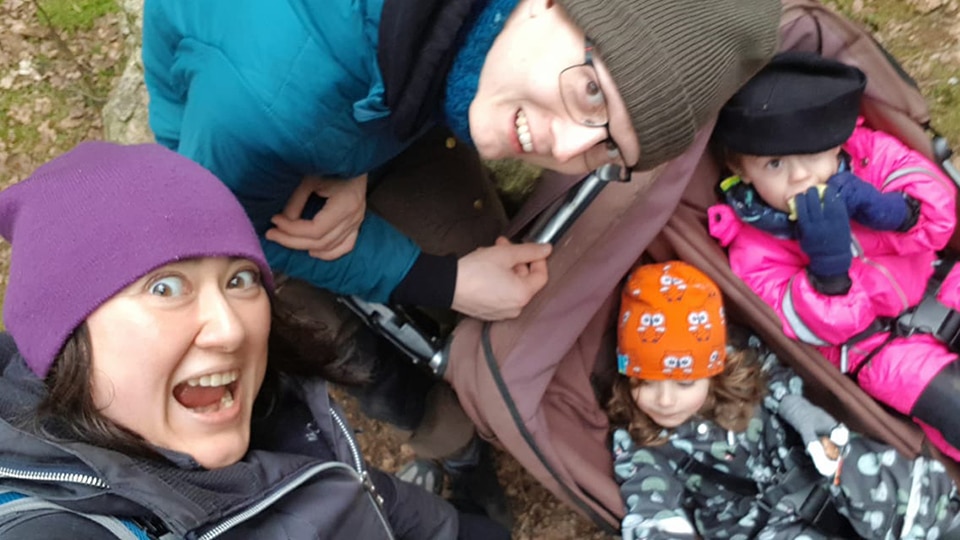 I wanted people to see Melissa. Likeable. Kind. Funny and smart. SPOILER ALERT: DIVISION TWO PLOT I wanted the people who hated Faye because she was your handler, the “super cop” who lost an eye and was forced to the side, whose sister was murdered, who betrayed you and teamed up with the Black Tusk, to feel conflicted when they killed her. And if they didn’t before the fight, I wanted them to when they listened to the messages she left for Rhodes and Benitez.

I wanted our players to see her as a real person, however misguided and wrong, who had a point. She did what she thought she had to; she didn’t want to deceive them, but she knew that they either wouldn’t understand why she would work with Black Tusk, the global PMC that the player had spent the past hundred hours fighting; or they would try to talk her out of it.

Those monologues are addressed to other characters in The Division, but they are really for the players and my team. For the players who hate Faye and the players who love her, and for my team because I was leaving them. I wanted them to know that, even though I was no longer technically on their team, I made a choice that I hoped would continue to support them.

Representation in media matters. It needs to be respectful and intentional in order for it to have meaning. The diversity cannot be the main character trait; the focus has to be on humanity. Humanity is universal.

The blessing and the curse of good representation is, you see yourself. If you want to reframe The Division as promoting the worst values of our society, you’re right, it does. But as you explore and discover the audio logs, the ECHO reconstructions, and the other stories of people in that world, you begin to question whether or not the narrative is critical of those values. People are not good or evil. People are complex bundles of neuroses, and what you see as evil, may be a coping mechanism to survive in a sick society.

We inherit pain, joy, disease, and culture. And sometimes we inherit characters that allow us to share our humanity with the world to breed empathy, understanding, and connection.