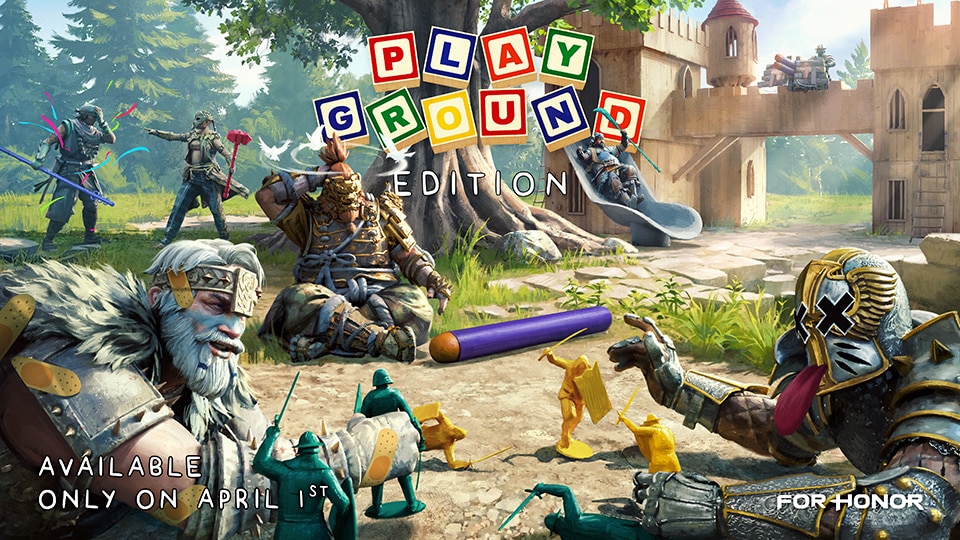 For Honor likes to have fun on April Fools’ Day and this year is no different. From April 1 through April 2 (ending 9:30AM PT), a whimsical twist on For Honor sees deadly weapons replaced with plastic and toy soldier armies dominating the battlefield. Ever wonder what an execution with rainbows and confetti would look like? Now’s your chance to find out.

In addition to the April Fools event, For Honor’s biggest Testing Grounds ever runs April 1 through April 8 and will feature seven Heroes. Testing Grounds gives players an opportunity to provide feedback on Heroes before changes are implemented into the live game.

For Honor recently launched Year 5 Season 1 and features a roster of 28 Heroes, seven multiplayer modes, a full story campaign, and PvE Arcade mode. Want to join the 25 million warriors that have engaged in battle? It’s out now for PS4, Xbox One, PC, Ubisoft+, and PS5 as well as Xbox Series X|S via backwards compatibility.