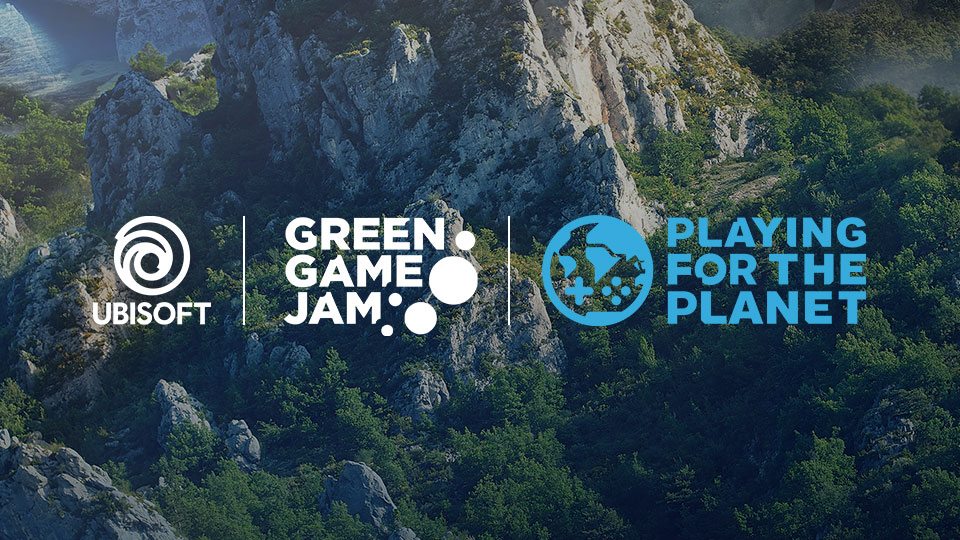 As world leaders, policymakers, and climate activists prepare to meet at COP27, the United Nations Climate Change Conference beginning later this month, Ubisoft games are joining in the collective effort to raise awareness and mobilize players to combat climate change with special in-game events throughout November.

These activations were initially developed during the 2022 Green Game Jam, an industry-wide event hosted by the Playing for the Planet Alliance, an initiative dedicated to inspiring the gaming industry to take action for the environment through specific commitments ranging from green activations in videogames to reducing emissions. Ubisoft is a founding member of the Playing for the Planet Alliance, and its studios participate in the Green Game Jam every year, with the goal to create in-game events that inspire their communities. This summer, for example, the world of Riders Republic hosted the first in-game climate march, which grew out of the "Rebirth" concept the game's team developed during the 2021 Green Game Jam.

The Green Game Jam's themes for 2022 were Food, Forests, and our Future. Fourteen Ubisoft game teams worked together and workshopped their ideas with other teams from around the world. In the next few weeks, four of those ideas will be realized in Brawlhalla, Hungry Shark World, Rocksmith+, and Trackmania. Here's a rundown of what's to come.

Plant the World Tree and Real-World Trees in Brawlhalla

In support of Ecologi, a social enterprise working on reforestation projects, the teams at Blue Mammoth Games have created The World Tree Initiative to promote sustainability in Ubisoft's free-to-play, Norse-mythology-themed fighting game Brawlhalla. 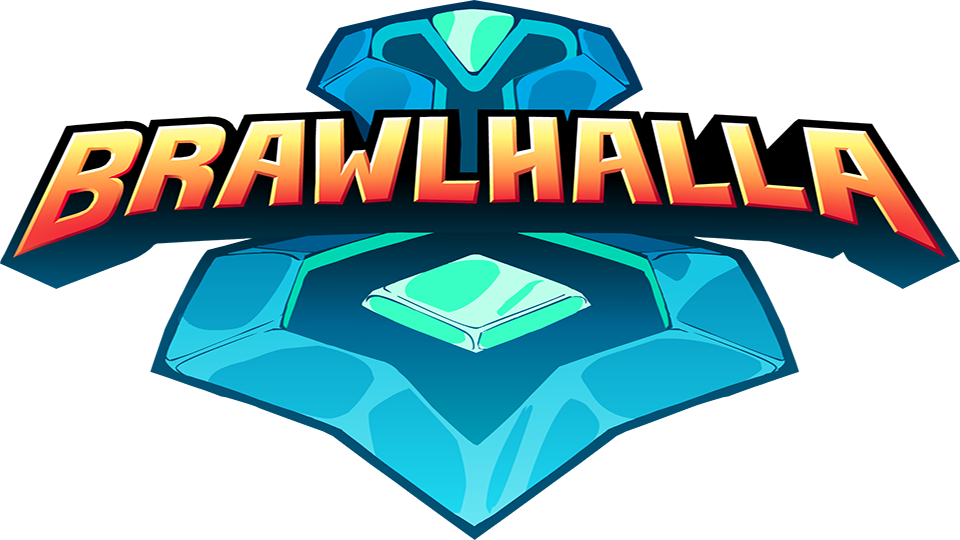 From November 2 to December 14, players will have the chance to purchase an in-game emote that has their character plant a small Yggdrasil tree - inspired by the legendary tree that is at the center of the Norse cosmos and links all the worlds together. The campaign draws the connection between the importance of the World Tree to the warriors' afterlife in Valhalla, and the importance of trees to our planet. All proceeds from this campaign will go to Ecologi. There will also be a social-media campaign, giving players the chance to receive a free in-game avatar and helping drive awareness about shrinking forests.

On November 18, the Brawlhalla team will also host a 12-hour charity stream that will drive donations to One Tree Planted, a charity that supports the replanting of forests.

Brawlhalla's concept won the "Most Adoptable" award during the 2022 Green Game Jam. Find out more by following Brawlhalla on Twitter.

The Hungry Shark World team at the Ubisoft Future Games of London studio has a track record of protecting our oceans and educating players about some of the shark species featured in the game. For the 2022 Green Game Jam, they have partnered with Glowing Glowing Gone, a campaign aiming to accelerate ocean protection and climate action using color and creativity. Recognizing coral reefs as an important habitat for sharks around the world, the Hungry Shark World team strives to help preserve, restore, and raise awareness for the ocean's precious coral reef ecosystems. 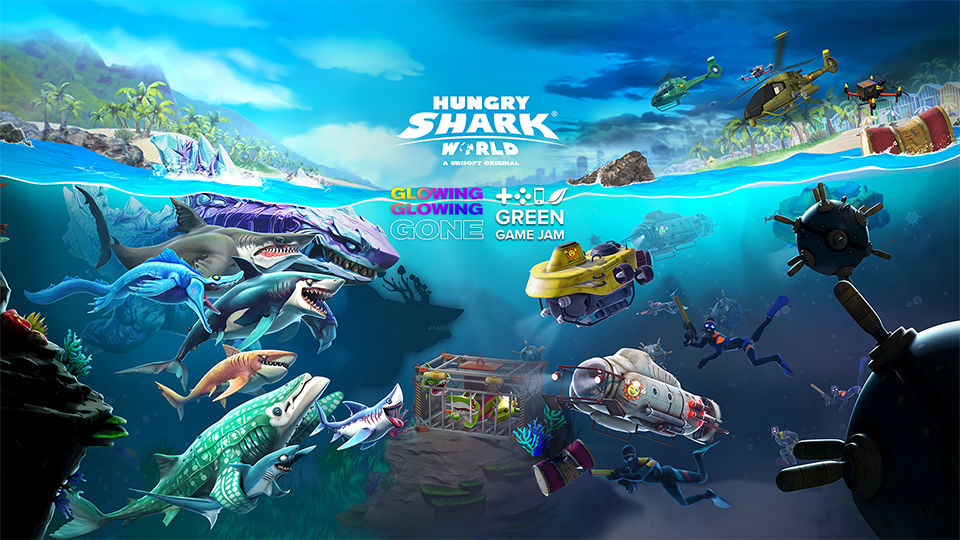 From November 8 to November 30 in Hungry Shark World, players will get to try out the new Protect the Baby Shark mode. When the evil Glutwell Corp. returns to Hungry Shark World with a new plan to finally rid the seas of Hungry Sharks, you must fight off their minions and rescue baby sharks to preserve the future of the underwater ecosystem.

Find out more by following Hungry Shark on Twitter.

During the Green Game Jam, The Rocksmith+ team sought to learn more about the principal material used to make guitars and many other instruments: Wood. Conventional wisdom says that the wood used to build an instrument can affect how it sounds and how it plays; as a result, the music industry has had a significant impact on certain trees and forests. 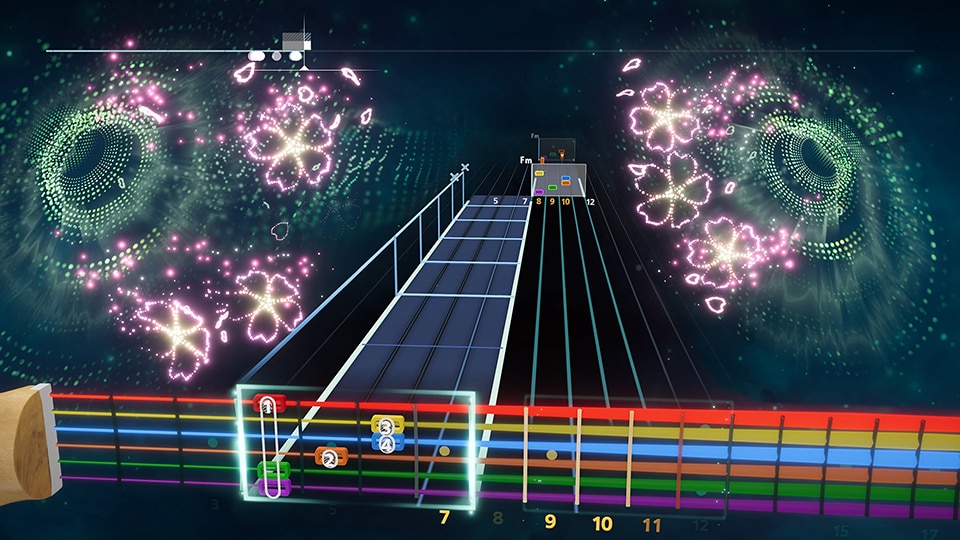 In their special event, called "Tonewood," Rocksmith+ will highlight some of these considerations for players by uncovering truths about the impact of wood selection and harvesting for instrument manufacturing, via a series of video lessons and free themed cosmetic items. From November 2, 2022, to February 2, 2023, Rocksmith+ is partnering with Ecologi to plant one tree for every five in-game interactions with Tonewood videos and cosmetics. The goal is to plant 20,000 trees and, in the process, educate players on the relationship between forests, wood, and the instruments they play.

For their Green Game Jam activation, the Trackmania team decided to leverage their community by holding a contest that encourages track creators to share their knowledge about environmental challenges, and ideas to overcome them. 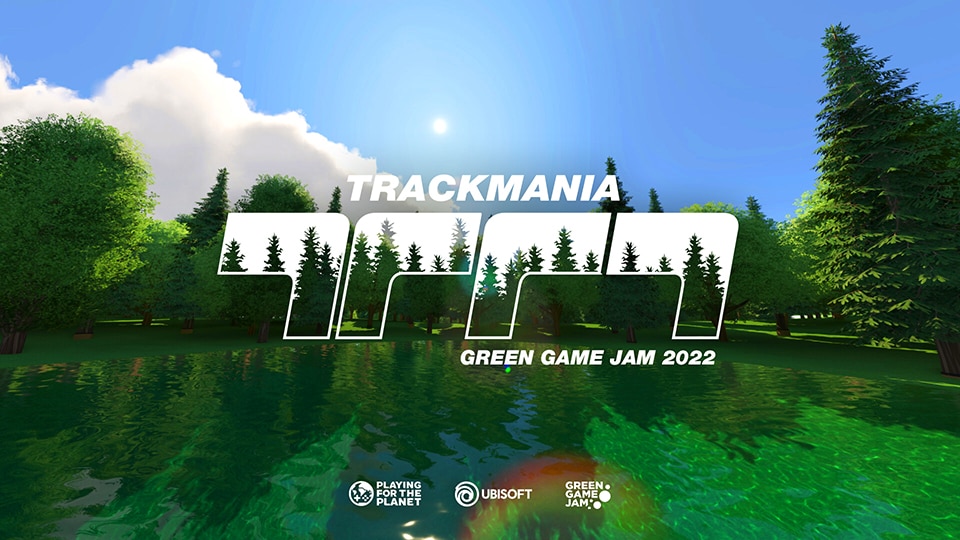 For every virtual tree planted in these green tracks, Ubisoft Nadeo - the studio behind Trackmania - forwarded money to Ecologi to fund tree planting in the real word.

The top three tracks from this contest will be featured as Track of the Day in Trackmania from November 11 to 13. During this "Trackmania Green Weekend," Ubisoft Nadeo will also encourage streamers to raise funds to plant trees with the support of Ecologi.

The Trackmania team hopes to raise awareness about the positive impact of planting trees, show the power of leveraging player creativity to boost awareness for environmental challenges, and support planting trees in real life with Ecologi.

These four events represent only a handful of the 14 Ubisoft games that participated in this year's Green Game Jam, including Assassin's Creed Valhalla, Idle Miner Tycoon, Rainbow Six Siege, and Riders Republic. Be on the lookout for more green activities in Ubisoft games in the coming months.

Mobilizing Ubisoft's communities for the planet through our games is one essential pillar of Ubisoft's environmental commitment, Play Green. It complements Ubisoft's rigorous approach to reducing the company's carbon footprint and contributing to global carbon neutrality by decarbonizing direct operations.

Learn more about how the Riders Republic team worked to spur real-world change with an in-game climate march, and visit Ubisoft.com/environment for more details on Ubisoft's commitment to global carbon neutrality.